You've subscribed to Cowboy Doms! We will preorder your items within 24 hours of when they become available. When new books are released, we'll charge your default payment method for the lowest price available during the pre-order period.
Update your device or payment method, cancel individual pre-orders or your subscription at
Your Memberships & Subscriptions
There was an error. We were unable to process your subscription due to an error. Please refresh and try again. 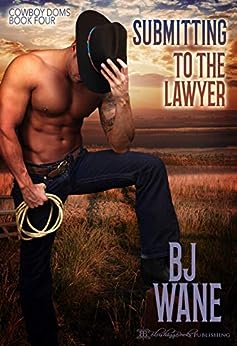 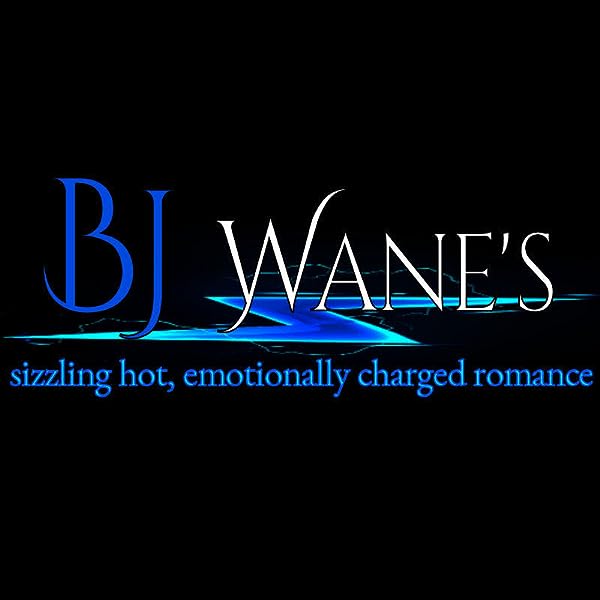 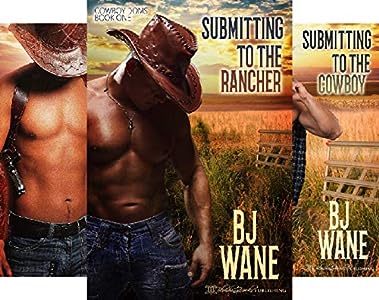 "*Five stars for Nan and Dan!  I was eagerly anticipating this book and BJ Wane did NOT disappoint.  Unfortunately for Nan, she's been through something terrible recently and so she needs her friends and her favorite Dom to help her learn how to trust again.  I loved getting further insight into the club's two most commitment-phobia members; they paired so well together for so many reasons!  Watching their relationship finally turn from bed buddies to something serious was everything I wanted for them!" Golden Angel. International Amazon Bestselling Author
"Sweet and steamy, suspenseful and sexy...BJ Wane writes all the feels in this, her latest release in her Cowboy Doms series. Nan has a dark secret that makes it hard for her to trust; Dan has a history and preference for no-strings-attached play. However, everything changes for them both when Nan comes back to town and Dan quits accepting 'I'm fine' for an answer. If you're looking for a club/Dom book that delves just far enough into the dark to bring the chemistry exploding off the page, then this is the book (and series) for you". - Maren Smith, USA Today and International Bestselling Author

4.6 out of 5 stars
4.6 out of 5
271 global ratings
How are ratings calculated?
To calculate the overall star rating and percentage breakdown by star, we don’t use a simple average. Instead, our system considers things like how recent a review is and if the reviewer bought the item on Amazon. It also analyzes reviews to verify trustworthiness.
Top reviews

Redrabbitt
TOP 1000 REVIEWER
5.0 out of 5 stars “THERE’S A PRICE FOR EVERYTHING, ISN’T THERE? EVEN FRIENDSHIP.”
Reviewed in the United States on June 24, 2019
Verified Purchase
What a great addition to a new series, Cowboy Doms. There are several authors that as soon as I see a new book by them, I can’t wait to read, and Ms. BJ Wane is one of those authors. She has a way of spinning a tale, with a great cast of characters, and wonderful dialog and interaction. Her women are strong, feisty, and her men are dominant alphas, making for a perfect combination.

Nan Meyers and Dan Shylock have a history, one of D/s at The Barn, but Nan has been away for ten-months in New Orleans and is now back—but she isn’t the same woman that left Willow Springs all those months ago. During her hiatus from her life, her tea shop, and her friends, she shut them all out of her life, but she is back, and how much is she willing to share?

“How much she should tell him now that he’d seen just how traumatized she’d been. The submissive side of her knew she could trust him, but the independent part of her nature kept insisting she could and should get over her ordeal with no more help.”

The story will have Nan trying to pretend that her nightmare isn’t going to affect her life back in her hometown. She will slowly start visiting with friends, but she holds her terror to herself, not sharing and getting the support she needs. Trying to scene at the club brings the nightmares back and yet, she refuses to share with her friends—yet they all realize something is off. Why is she becoming forgetful—misplacing things?

“But then, when demons won’t leave you alone, what can you do? Oh.” He snapped his fingers. “I know. You can come to a friend and tell him what happened, who hurt you. No. No more hiding, no more running. I want to understand, and then I want to help. Tell me. I’ve always admired your independent streak as much as I’ve enjoyed your submissive side, Nan. But don’t push me too far by dictating to me.”

Dan has always cared about Nan, and with her absent for nearly a year, he doesn’t want to acknowledge that those feelings are more than just a dominant and sub playing at The Barn. What will it take to get her to finally open up to him, share what has caused her to change, and when she does, what can he do to help her heal?

“I’ve always been here for you, hon. You forgot that while you were gone. Now, quiet, unless you need to use your safeword. I don’t want you to think, only feel, and trust. You have your safewords, and you know I’ll honor them, even listen for them.”

“Where they would go from here because God help her, she didn’t want this to end.”

The story is about trust, and when that trust is reneged on, the damage it causes. It is about loyalty and friendship and believing in the good of those who have proven over and over that they are there for you, they are true friends. It is about healing and allowing those who matter to lean on and help you heal. It is about accepting that there are more good people in the world than bad—and not allowing evil to win.

Shweet Sandi
5.0 out of 5 stars Long Friendship & Dom/Sub relationship Strength for Healing
Reviewed in the United States on May 6, 2021
Verified Purchase
This is the 4th book in the Cowboy Doms series and I have been waiting for Dan and Nan's book for a long while. I knew it would be explosive but had no idea it would be anything like this. Nan went back home to visit her brother in New Orleans and while she was there she wanted to visit a kink club. So she explored some and thought she was being smart but ended up getting hurt. She comes back home to Montana but doesn't any of her friends least of all her Dom what happened. She is as skittish as a new kitten and jumpy too. Weird things are happening around her and she still doesn't open up about her past. This book was so believable to me as a woman who has lived this. I started reading and thought holy moly she is writing part of my life. It does have abuse so be aware, but it is answered too. We get to see many familiar faces from The Barn and around town and see new ones too.
I am looking forward to the next book in this series which is waiting for me to crack it open.
Read more
Helpful
Report abuse

Avid Reader
1.0 out of 5 stars Issue with primary storyline
Reviewed in the United States on December 27, 2019
Verified Purchase
This series follows a predictable pattern that’s evident after you read the first two books. I purchased as a package set so I’m working to complete it.

The relationships between the characters is fine. This particular installment deals with an assault and that’s what I don’t think was handled well at all. The two main characters thinking they could handle the issues without any type of experience just wasn’t plausible and almost belittled the trauma and healing from a such a serious and damaging experience.
Read more
One person found this helpful
Helpful
Report abuse

Marybeth
5.0 out of 5 stars a great addition to the series
Reviewed in the United States on June 22, 2019
Verified Purchase
This is the long awaited story of Nan and Dan. Nan has been gone for 10 months trying to get past the abuse she suffered at the hands of a crazy dom. She has come back to Willow Springs in hopes of finishing her recovery. Unfortunately, it isn't that simple for her. When Dan sees Nan, he wants her. Once he realizes something is wrong he wants to help her. Add in a mystery and this book has everything. I enjoyed catching up with the couples we met in the last 3 books. You do not need to read the first books to enjoy this book. It works well as a stand alone.
Read more
One person found this helpful
Helpful
Report abuse

Beth
5.0 out of 5 stars BJ Wane never disappoints!
Reviewed in the United States on August 26, 2019
Verified Purchase
Wow! Just wow! The tears and love and joy and hot, hot, hot! I just can't say how much I thoroughly enjoy BJ's worlds that she weaves. A true talent. Stand alone books or not, I recommend always starting at the beginning of her series. BJ builds her characters and the layers are a wonderful way to check up on those we fell in love with before!
Read more
Helpful
Report abuse

Meleeta
5.0 out of 5 stars One of the best books I have read recently covering a hard subject.
Reviewed in the United States on April 20, 2020
Verified Purchase
She's come home after escaping a madman who thought he was above the law. She has to get over her trauma to move forward. They have been friends and lovers for a few years. He knows something happened to her but it takes a bit to get it out of her. Together they work through it and more to get their HEA.
Read more
Helpful
Report abuse

Sarajane Garten
5.0 out of 5 stars A great mystery. A fine romance!
Reviewed in the United States on September 1, 2019
Verified Purchase
Nan and Dan are a great couple. They have history. That have love. They share their love of D/s play. But who is trying to hurt Nan? It kept me guessing until the very end. I figured there would be a HEA, but was truly relieved that the mystery was solved before the end of the book. So please read. As always, BY Wayne delivers a great story!
Read more
One person found this helpful
Helpful
Report abuse
See all reviews

Sue xo
5.0 out of 5 stars Love this series x
Reviewed in the United Kingdom on June 27, 2019
Verified Purchase
He prepared for your emotions to be on a rollercoaster and get your tissues ready. What started out as a friends to lovers story and what friends will do to help each other. Brilliant story and series. I hope there more to follow x
Read more
Report abuse

sue cridge
5.0 out of 5 stars Dan is so very very wow!!
Reviewed in the United Kingdom on June 20, 2019
Verified Purchase
What can I say? Excellent . That's all there is to it. I was so looking forward to this book and I was not disappointed. Thank you so much.
Read more
Report abuse

Kindle Customer evelyn lawrence
5.0 out of 5 stars Review
Reviewed in the United Kingdom on January 10, 2020
Verified Purchase
We that was a tough book to read had to walk away few times as I felt for the girl
Read more
Report abuse