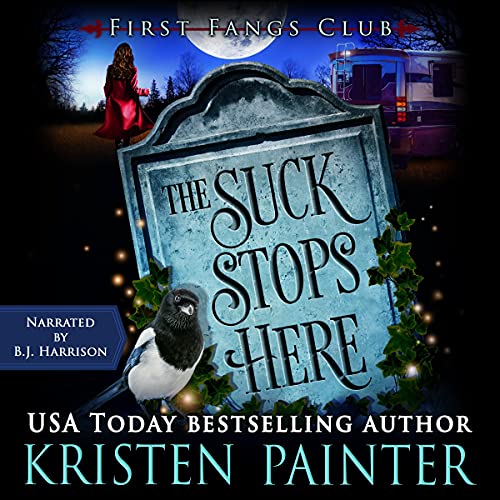 4.6 out of 5 stars
4.6 out of 5
550 global ratings
How are ratings calculated?
To calculate the overall star rating and percentage breakdown by star, we don’t use a simple average. Instead, our system considers things like how recent a review is and if the reviewer bought the item on Amazon. It also analyzes reviews to verify trustworthiness.
Top reviews

KatG
3.0 out of 5 stars Cliffhanger makes book feel incomplete
Reviewed in the United States on August 6, 2021
Verified Purchase
I was incredibly disappointed in this book. I understand placing some small cliffhangers in the end of books to hype excitement for the next one in the series. The cliffhanger at the end of book 3 had me at the edge of my seat waiting for this book to come out.

However, when the cliffhanger is as big as it is at the end of this book, rather than make you crave the next one, it simply makes the book feel incomplete. I don't read books in order to feel stress and anxiety about not knowing how the book has ended, but rather as an escapism through fantasy. A cliffhanger this profoundly jarring takes me out of the story and leaves me feeling unsatisfied. I very much doubt I will be buying future books in this storyline because of this. And I will reconsider whether I will buy other books in a continuing storyline of this sort from this author.

To the author: I don't know if you're reading this, but I hope you are. When you create a cliffhanger like this, rather than ruminating over the story itself, this type of cliffhanger makes me think about your money making career as an author. Don't get me wrong, I have been HAPPY to pay for your books. I've never once considered them not worth the cost (until this one). I get that you have a living to make and I don't object to that. However, when you create a cliffhanger ending so jarring it takes your reader out of the story/fantasy, you've ruined the story for that reader and have failed as an author.
Read more
48 people found this helpful
Helpful
Report abuse

Susan C
1.0 out of 5 stars Major Cliffhanger!!
Reviewed in the United States on August 7, 2021
Verified Purchase
You know, I love the author's stories. I was really enjoying this series out of a number of midlife books until the last page of this one. I dislike cliffhangers to the point that I won't read a series or duet until all of the books are out. Finishing a plot line per book, fine. But, not this. No warning, no notification to readers. This book was also just more of the same. No real forward movement for Donna and Pierce, 4 books in now. The surprise with her daughter's family?? Unbelievable!! So, I am done with this series. Let' not forget that it takes many months for another entry into The first Fangs Club. Reader beware, more of the same, no real progress and a major cliffhanger.
Read more
24 people found this helpful
Helpful
Report abuse

Niecie
4.0 out of 5 stars ANOTHER CLIFFHANGER :(
Reviewed in the United States on August 6, 2021
Verified Purchase
I love this series and had become quite addicted. I patiently have waited for each new book. But I feel that I can no longer read this series. Each one is a cliffhanger which I have NEVER liked and there is too much time in between each book. I understand Ms Painter has multiple series going but this book was the final straw. I won't buy the next one or recommend it because this cliffhanger should not have happened.
Read more
20 people found this helpful
Helpful
Report abuse

E. E. Mcgoff
3.0 out of 5 stars Warning CLIFFHANGER
Reviewed in the United States on August 7, 2021
Verified Purchase
I have waited for this book and read it in 24 hours would have given it 10 stars but it ended in a cliffhanger,what a disappointment. Not sure if I will buy more from this Author, it is a nasty trick to play on your readers and had I been warned I would not have gotten sucked into the series.
Read more
20 people found this helpful
Helpful
Report abuse

Barker Twins Mom
4.0 out of 5 stars Major cliffhanger
Reviewed in the United States on August 7, 2021
Verified Purchase
Truthfully I wouldn’t have read this now if I had known, I would have waited for the next release. It’s tainted how I felt about this entire book.
Read more
13 people found this helpful
Helpful
Report abuse

MostlyMozart
1.0 out of 5 stars Cliffhangers Suck
Reviewed in the United States on August 10, 2021
Verified Purchase
I have to reiterate what others have said. Even though the characters are enjoyable, this book spent more time describing the RV they traveled in than character development, which is a disservice to the reader. The cliffhanger was not a small foreshadowing, but literary laziness combined with tones of commercial callousness. The author leaving a major cliffhanger like this is not only poor form, it reeks of profit gouging. Fan fiction does this, mainstream publishing should not.

What is even worse is that I already suspect how the main character is getting out of the death sentence thanks to a previous book she wrote so the cliffhanger isn't even a cliffhanger for me. Either the author will have Pierce, who is now a Reaper, temporarily harvest her soul, thereby technically "killing" her, then put her soul back again bringing her back to unlife (see The Reaper Rescues the Genie) or they will escape via the invisibility potion or some combination thereof. If I'm wrong and pleasantly surprised by a nifty and original plot twist, I will stand corrected, but as much as I hate to say it, I think we've reached Lazy Author Syndrome level and that just sucks, pun intended.
Read more
10 people found this helpful
Helpful
Report abuse

Kindle Customer
4.0 out of 5 stars Stunned!?
Reviewed in the United States on August 8, 2021
Verified Purchase
This series has sucked me in from the first blip I read. I loved the main character, story line and had read other books by the author so I knew that it would be a good read!

Had bought book 3 but decided to wait for the fourth ( skipped to back pages and saw another was on its way) so I could read together. They did not disappoint! I knew she would go after the Car to get Rico back and the ending of that guaranteed the fourth would continue the ongoing feud with Fitzhugh.

Each book left an ending opening for the next book but the fourth book seems to be the end of the series!
There were so many unanswered questions----- where will she live as Queen? Do Pierce and Donna finally become more than friends? What happened to Claudette and is she gonna help Donna, who saved her life? Why didn't the Emissary ( her father) text her back? Is this the last book, as in Donna has been found guilty so no more to write?
When I saw the title for the fourth book, I remember thinking it might mean it was the last book, " stop here " usually means The End!?

In shock from the ending, when I turned the next page imagine my surprise. Read this line multiple times!
"If you loved this book and want to see the series grow, tell friends and take the time to leave a review" WTH!!
First time I've ever seen this!
Of course I would like to see the Series grow; I want more of Donna ,Pierce ,Will, Charlie , Neo, Temo Cammie!
Was this a ploy for good reviews?! What about the unanswered questions?
I loved this series and I may have to wait 7 months for the next book but I will definitely be buying it!
Read more
5 people found this helpful
Helpful
Report abuse
See all reviews

Kindle Customer
3.0 out of 5 stars Disappointed
Reviewed in the United Kingdom on August 7, 2021
Verified Purchase
I have to say I have loved all of the books I have read written by this author, I usually buy everything with Kristen's name on it. I have really enjoyed this series too and greatly anticipated this book as again this series is fantastic. I don't know what happened, a third of this book is just preparing for a trip. It really felt like most of the book was just filling, no really substance. Don't get me wrong, there were a few good bits but not quite up to the other books. So disappointed.
Read more
Report abuse

Kindle Customer
5.0 out of 5 stars Never disappoints
Reviewed in the United Kingdom on August 15, 2021
Verified Purchase
Yet again another fantastic book great read loved it hard to put down can't wait for more of it it just gets better and better each book dont want it to end if you haven't yet read any of them you are missing out on some great books well worth the money for these great books only down side is now I have to wait for the next one to come out sob sob 😭 hope it's not too long a wait
Read more
Report abuse

Kindle Customer
2.0 out of 5 stars Cliffhanger
Reviewed in the United Kingdom on August 11, 2021
Verified Purchase
I have read all 4 books so far in this series and have to admit that this book is my least favourite. It for me contained too much filler. Also had I known it would end on another cliffhanger I probably wouldn't have purchased the book until the series had ended and all books would have been available, it is a pet hate of mine when books end this way.
Read more
Report abuse

Customer
5.0 out of 5 stars The Suck Stops Here on no it doesn't
Reviewed in the United Kingdom on August 12, 2021
Verified Purchase
Wow Ms.Painter has done it again. Every book I read, I think, she can't top that, every time I read the next in the series, I'm proved wrong.
Don't want to spoil anything, but hell girl what a cliff hanger. Much better than who shot JR.
Well done one again.
Read more
Report abuse

hungry like the wolf
5.0 out of 5 stars A lady rising up against the odds
Reviewed in the United Kingdom on August 24, 2021
Verified Purchase
This author writes a book which grabs you and you cannot put it down until you finish it . Spoiler alert it could finish on a knife edge and you need the next book to find how it goes on
Read more
Report abuse
See all reviews
Back to top
Get to Know Us
Make Money with Us
Amazon Payment Products
Let Us Help You
EnglishChoose a language for shopping. United StatesChoose a country/region for shopping.
© 1996-2021, Amazon.com, Inc. or its affiliates