Suck It Up and Die (Suck It Up Series) and millions of other books are available for Amazon Kindle. Learn more 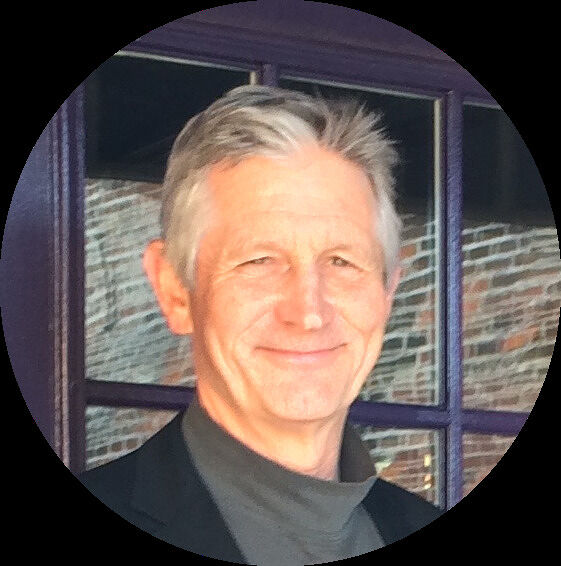 by Brian Meehl (Author)
4.7 out of 5 stars 13 ratings
See all formats and editions
Sorry, there was a problem loading this page. Try again.

Gr 8 Up-A year has passed since the historic America Out Day, the day on which awkward 16-year-old vampire Morning McCobb led other vampires in their quest to integrate peaceably into everyday human life. Now, with Congress's vote on the Vampires Rights Act just days away, most vampires (sanguivores is the PC term) are on their best behavior. In this relatively gore-free, stand-alone sequel to Suck It Up (Delacorte, 2008), Morning wants out of the spotlight. He just wants to spend time with his human girlfriend, Portia, and focus on training to be a fireman for the NYFD. The advancement of vampire rights and Morning's desire to lead a quiet life are jeopardized when the evil vampire he and Portia killed in the first book comes back to life bent on revenge. It does not help that Becky-Dell Wallace, an outspoken and powerful anti-vampire congresswoman, is doing all she can to fan the flames of vampire phobia. It is up to Morning, Portia, and a few of their friends to fight back before the nice vampires lose the political ground they have gained. This book defies any efforts to give it a genre label. Action and suspense abound, with a little romance thrown in for good measure. In addition, between the soy-based blood substitute favored by vegan vampires and faux terms such as "dentis eruptus," Meehl fabricates a vampire experience that is not only laugh-out-loud funny but nuanced as well.-Jennifer Prince, Buncombe County Public Library, NCα(c) Copyright 2011. Library Journals LLC, a wholly owned subsidiary of Media Source, Inc. No redistribution permitted.

School Library Journal
"A year has passed since America Out Day, the day on which awkward 16-year-old vampire Morning McCobb led other vampires in their quest to integrate peaceably into everyday human life. This book defies any efforts to give it a genre label. Action and suspense abound, with a little romance thrown in for good measure. Between the soy-based blood substitute favored by vegan vampires and terms like 'dentis eruptus,' Meehl fabricates a vampire experience that is not only laugh-out-loud funny but nuanced as well."

Dear Reader,
Do you wish vampires would lighten up? You know, step from the twilight, stop being mopey misfits, and mood-shift from fearful to cheerful?
Wait no more. After my fanging-out party in Suck It Up, the blood-slurping set is marching in the first Vampire Pride Parade, and celebrating the first anniversary of vampires going mainstream without going bloodstream.
Meanwhile, I'm training to become the first vampire firefighter in the FDNY, and my mortal girlfriend, Portia Dredful, is making a documentary on vampires who have sworn off necks and nibble on Leech Treats.
Just two problems. 1) There's mortals who believe we're still more fiends than friends, and that we're the new "red menace." 2) There's this super sinister vampire with a thirst for revenge, and he wants vampires to "Take back the bite!"
Who gets sipped? Who gets flipped? I dunno how it all shakes out, and stakes out, but I guarantee this: in the end someone's gonna suck it up and die!
Morning McCobb
Vampires continue their hijinks and hilarious makeover in Brian Meehl's folly-infested follow-up to Suck It Up.

The first characters Brian Meehl brought to life were not in books. They lived on TV and movie screens in the form of Muppets on "Sesame Street" and in Jim Henson films, including roles in the cult classic, "The Dark Crystal." Shifting his hand from puppets to pen, Meehl won two Emmys while writing for PBS children's television shows such as "The Magic School Bus" and "Between the Lions."

He then returned to his first love: books. Meehl has published four novels (3 YA, 1 middle grade) with Random House: Out of Patience, Suck It Up, Suck It Up and Die, and You Don't Know About Me. The first was a Junior Library Guild Selection, the last won a Blue Ribbon from the Bulletin for the Center for Children's Books, while two of them garnered starred PW reviews and spots on numerous state readings lists. He also published one of his oft-optioned screenplays as an adult novella, Pastime.

Read more
Start reading Suck It Up and Die (Suck It Up Series) on your Kindle in under a minute.

4.7 out of 5 stars
4.7 out of 5
13 global ratings
How are ratings calculated?
To calculate the overall star rating and percentage breakdown by star, we don’t use a simple average. Instead, our system considers things like how recent a review is and if the reviewer bought the item on Amazon. It also analyzes reviews to verify trustworthiness.
Top reviews

evans
5.0 out of 5 stars Best vampire book ever!
Reviewed in the United States on January 15, 2013
Verified Purchase
Now usually I hate books about vampires and no offense but Twilight disgusts me, movie and books. This though Suck it up and Suck it up and die are two of the best books I've ever read. The life changing story between Morning and Portia scared me to death, and the end result was something that I would have never expected. So thank you Brian Meehl for a book I couldn't put down!
Read more
Helpful
Report abuse

Jade
4.0 out of 5 stars Fantastic
Reviewed in the United States on April 19, 2016
Verified Purchase
I loved these books (Suck It Up & Suck It Up and Die). I got mine in a hardcover. I think used. They were super cheap and got here quickly and together. I was very pleased with the quality
Read more
Helpful
Report abuse

crestnyr
4.0 out of 5 stars Four Stars
Reviewed in the United States on November 22, 2014
Verified Purchase
Nice at at a good price.
Read more
Helpful
Report abuse

daniel
5.0 out of 5 stars As good as the first
Reviewed in the United States on March 14, 2013
Verified Purchase
i was a little dissapointed wheni started reading and learned deanthose( i dont think i spelled his name correctly) was going to be the same villan in this book, but i was so wrong the book was more if not equally engaging as the first and i thought was a better ending than the originall.
Read more
One person found this helpful
Helpful
Report abuse

LAS Reviewer
4.0 out of 5 stars Great Read
Reviewed in the United States on September 24, 2012
Vampires fighting for the right to become full American citizens? Utter craziness! And yet, that's just what's happening in New York on this first anniversary of American Out Day. Although, things never quite go as smoothly as planned, do they? Enter our hero, Morning McCobb and his band of crazy friends, ready to step up and save the day... er, night?

All Morning McCobb wants to do is graduate from the academy and become one of New York's firefighters. But unfortunately, things are never quite that simple, are they? Especially when you're a teenage vampire forced to be the figurehead for the Vampire League. However, Morning does a great job of not letting the fame and notoriety go to his head. His easy sense of humor and dedication to his EB - eternal beloved - Portia come together to steer his focus onto other things, the kinds of things your average teen would be focused on. Morning is probably one of the most likable vampires I've ever come across.

Portia's sights are set on her art - filmmaking. Even if she manages to push her boyfriend, Morning, to the side, the show must go on or else she might fail to graduate. Because of this, she does have a tendency to put Morning second and her film du jour first. Despite that, she's an enjoyable character and very fit to be by Morning's side all the way. When it counts, she is there for him and has complete faith in his abilities. She brings stability to his sometimes flighty moments.

Suck It Up and Die is an entertaining and laugh out loud funny novel of vampires fighting for their rights to be part of the crowd. The author keeps you reading with plot twists I didn't expect and a very unique take on the vampire myth, coming up with a kicker that caught me by surprise. With its cast of zany side characters and action packed plot, there's a little of something for everyone inside its cover. So pick up your can of blood substitute and come celebrate American Out Day with Morning and his friends!

Originally posted at LAS YA REviews

Justin Linden
5.0 out of 5 stars Love it
Reviewed in the United States on April 14, 2019
Verified Purchase
Second book to suck it up. Is great as the first book. Book came in great shape. Looks all most brand new. Love it's much. Would oder more books from this seller!! And the price was great!
Read more
Helpful
Report abuse
See all reviews
Back to top
Get to Know Us
Make Money with Us
Amazon Payment Products
Let Us Help You
EnglishChoose a language for shopping. United StatesChoose a country/region for shopping.
© 1996-2021, Amazon.com, Inc. or its affiliates