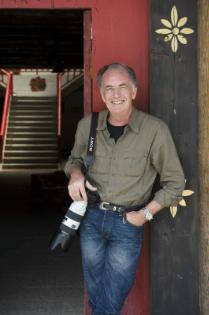 by Timothy Carney (Author), Victoria Butler (Author), Michael Freeman (Author) & 0 more
5.0 out of 5 stars 11 ratings
See all formats and editions
Sorry, there was a problem loading this page. Try again.
In this lengthy photo essay, Freeman's accomplished photographs are beautiful to look at, even as they're also faithful in reporting on the varied features of the land, people, and history that are the subjects of the book's three chapters. Carney, former American ambassador to Sudan, and Butler, a freelance writer and former information officer for the UN High Commissioner for Refugees, have written lengthy chapters describing the peoples, religions, geography, industries, and history of the country. The book is oversize, at 10.25x12.25". Annotation ©2006 Book News, Inc., Portland, OR (booknews.com)
Read more
Previous page
Next page

"The Sudan for most people is just a name in the news. This magnificent book corrects that; its wise and well-informed text and lavish pictures give the country a face--irresistable, photogenic, bewitching, and profoundly human, in all its fabulous Sudanese variety." -- Paul Theroux

Timothy Carney is a former U.S. Ambassador to Sudan. Victoria Butler has worked for radio, television, newspapers, and magazines for the last 25 years. Michael Freeman has been a leading photographer for Smithsonian Magazine for more than 25 years.

Michael Freeman's new book 'Get the Photos Others Can't' is now available to order.

Michael Freeman, professional photographer and author, with 147 book titles to his credit, was born in England in 1945, took a Masters in Geography at Brasenose College, Oxford University, and then worked in advertising in London for six years. He made the break from there in 1971 to travel up the Amazon with two secondhand cameras, and when Time-Life used many of the pictures extensively in the Amazon volume of their World's Wild Places series, including the cover, they encouraged him to begin a full-time photographic career.

Since then, working for editorial clients that include all the world's major magazines, and notably the Smithsonian Magazine (with which he has had a 30-year association, shooting more than 40 stories), Freeman's reputation has been consolidated as one of the leading reportage photographers. Of his many books, which have sold 4 million copies worldwide, more than 60 titles are on the practice of photography - for this photographic educational work he was awarded the Prix Louis Philippe Clerc by the French Ministry of Culture, and he is the world's leading author on photographic practice. Having been for many years responsible for the distance-learning courses on photography at the UK's Open College of the Arts, Freeman now runs a monthly online Photography Foundation Course at http://www.my-photo-school.com/course/michael-freemans-the-photographers-eye/

Freeman's books on photography have been translated into 27 languages, and are available on all other Amazon international sites.

Ron
5.0 out of 5 stars Best “coffee table” book on Sudan
Reviewed in the United States on March 18, 2018
Verified Purchase
Book arrived on time and as described by seller. Having recently returned from Sudan, I was pleasantly surprised to find a book with such gorgeous photos and excellent essays.
Read more
Helpful
Report abuse

Ronald W. Fleck
5.0 out of 5 stars Review of Sudan: The Land and the People
Reviewed in the United States on May 31, 2010
Verified Purchase
This is an excellent book on the history and people of Sudan. There are beautiful pictures. It, however, seems to be promoting a unified Sudan, which does not seem to be the best solution. Having been there two months ago, it seems that an independent Southern Sudan government is a much better solution. Hopefully, the referendum in January, 2011 will go through and the people of Southern Sudan, who are much different, socially, and in religion and culture, from those in Northern Sudan, will be able to finally have their independence. Otherwise, this is a great book, although very expensive.
Read more
2 people found this helpful
Helpful
Report abuse

MT director of fun
5.0 out of 5 stars Five Stars
Reviewed in the United States on June 28, 2016
Verified Purchase
We worked in Sudan years ago and recently visited as tourists. This book is wonderful
Read more
Helpful
Report abuse

Husam
5.0 out of 5 stars Wonderful presentation of Sudan, the country(ies) and the people(s)
Reviewed in the United States on October 18, 2013
Verified Purchase
The book is a great read for those who want to know about Sudan beyond news stories, whether Sudanese or non-Sudanese. It provides a good account for what made Sudan such a unique country, that is before the separation/independence of the Republic of South Sudan in July 2011! It offers wonderful pictures and very good narrative for the history and geography of Sudan as well as the diverse people of Sudan.
Read more
Helpful
Report abuse

barbara adair
5.0 out of 5 stars Breathtaking.
Reviewed in the United States on March 23, 2014
Having personally grown up with retired foreign diplomat Timothy Carney in Atlanta, and knowing his family, I give this beautiful book 5 star rating. Several friends who were with Doctors Without Borders and volunteered over the years in Sudan, some near Darfur, shared stories with me over the years; I brought this gem of a book to their attention to share with their friends and families. The pictures are breathtaking, Michael is an incredible photographer. Tim and his wife, Victoria, did themselves proud with this spectacular book. I recommend it highly. Barbara Pollard Adair, San Diego, California.
Read more
One person found this helpful
Helpful
Report abuse
See all reviews

Local Resident
5.0 out of 5 stars Best available book on people of Sudan
Reviewed in Canada on August 7, 2016
Verified Purchase
This book, published in 2005 covers both the countries of Sudan and South Sudan which became independent in 2011. As I write this in mid 2016, South Sudan is in the midst of an active Civil War and most western countries recommend against travel to Sudan. It is possible and actually quite safe to visit the central north part of Sudan from Khartoum and see the pyramids etc which rival anything in Egypt at Meroe, Karima, Jebel Barkal, El Kurru and cruise on the Nile to Nuri.
I have better books covering the ancient civilizations (Kush etc.) in the area and the archaeological sites. I think this book is the best available to understand the people and environment of Sudan and South Sudan in the 21st century. Having seen parts of the "Arab" north with my own eyes, this was particularly useful in giving a view of the "African" south which is near impossible to visit.

Note that there is another version of this book published in the UK by Thames & Hudson which has a different dust jacket picture but appears identical inside.
Read more
Report abuse
See all reviews
Back to top
Get to Know Us
Make Money with Us
Amazon Payment Products
Let Us Help You
EnglishChoose a language for shopping. United StatesChoose a country/region for shopping.
© 1996-2021, Amazon.com, Inc. or its affiliates