Sudden Sea: The Great Hurricane of 1938 and millions of other books are available for Amazon Kindle. Learn more 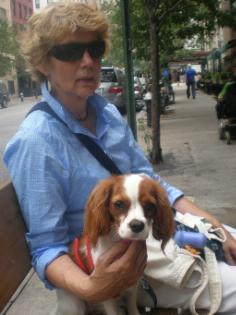 by R. A. Scotti (Author)
4.6 out of 5 stars 344 ratings
See all formats and editions
Sorry, there was a problem loading this page. Try again.
when you buy $20 of select items. Shop items

The massive destruction wreaked by the Hurricane of 1938 dwarfed that of the Chicago Fire, the San Francisco Earthquake, and the Mississippi floods of 1927, making the storm the worst natural disaster in U.S. history. Now, R.A. Scotti tells the story.
Read more
Previous page
Next page

""A fascinating book, a bit like The Perfect Storm "but more compelling. Even for those who have read other books about the hurricane, this is a page-turner."

Start reading Sudden Sea: The Great Hurricane of 1938 on your Kindle in under a minute.

My first books were espionage novels. Since this was an exclusively male field, I wrote as R. A. (rather than Rita Angelica) Scotti and gained a reputation as "one of the best modern writers of intrigue." Neither reviewers nor readers suspected my true identity until I dropped the disguise and turned to non-fiction. My mother was born in New England, my father in Italy, and my books reflect the duality. "Sudden Sea: The Great Hurricane of 1938" recounts the worst natural disaster in New England history. "Basilica: The Splendor and the Scandal--Building St. Peter's" is a book that I have wanted to write ever since I stumbled into St Peter's Square. I was 19, on my own for the first time, and awestruck. The magnificence of Michelangelo's basilica led me circuitously to the mystery of Leonardo's Mona Lisa. "Vanished Smile" reopens the case of the mysterious theft of Mona Lisa from the Louvre in 1911.

4.6 out of 5 stars
4.6 out of 5
344 global ratings
How are ratings calculated?
To calculate the overall star rating and percentage breakdown by star, we don’t use a simple average. Instead, our system considers things like how recent a review is and if the reviewer bought the item on Amazon. It also analyzes reviews to verify trustworthiness.
Top reviews

Marsha M.
5.0 out of 5 stars VERY well done!
Reviewed in the United States on July 10, 2019
Verified Purchase
I've grown up hearing stories about the Hurricane of '38. My mother and her 8 brothers and sisters were born in Westerly, RI and I've heard many of their personal stories about the hurricane and the people in the area. My grandparents both worked in Moore's Mills and we often drive past the Moore family home. My aunts and uncles all knew the Moore Children. I've walked Napatree Point many times, past the existing Fort and have spent countless hours on the beaches of Misquamicuit. My uncle owns a summer home in Stonington Village and my family has spent a lot of time visiting downtown Mystic. This book revealed many details, new to me. I found it rather scary and even experienced some bad dreams while reading the book.
Considering how many people in power are ignoring the perils of climate change, I can only wonder when the NEXT deadly hurricane will devastate our eastern shores?
Read more
9 people found this helpful
Helpful
Report abuse

El Kabong
4.0 out of 5 stars Great fun but watch out for factual oopsies!
Reviewed in the United States on January 24, 2019
Verified Purchase
On September 21, 1938, southern New England prepared for a glorious late-summer day. Summer had been hot, muggy and stormy, but this day promised a wonderful respite of lowered humidity, brilliant sun and flat sea. Until, that is, a freak Category 5 hurricane (poorly forecast and under-reported) that was supposed to head harmlessly out to sea after missing Florida instead took a fast track up the Atlantic coast, savaged Central Long Island and barreled right into Narragansett Bay, whipping away scores of summer homes, beach clubs, restaurants and other aspects of the leisurely life, and leaving several hundred Rhode Islanders dead or missing. As late as mid-afternoon the glorious day was still in full swing; but by suppertime any pretense of normality or historical permanence had been swept away. The pleasure of a well-heeled summer life was "gone with the wind" -- and water that wound up a dozen miles and more inland, flattening everything in its course.

The late R.A. Scotti has given us a very enlightening and fast-paced account of what happened that day, to numerous breakdowns in government forecasting and local news media to what families were forced to improvise to keep themselves, their servants and children out of the maelstrom and fighting for life. She wrote this book vividly and well, with lovely touches like white-capped bay water that was "foamy as ale poured out too fast.” The large cast takes in all kinds of folks threatened by the hurricane (which, in that era, did not yet bear names) -- from actress Katherine Hepburn, who got her first hole-in-one playing golf under the influence of a freshening wind; to affluent summer vacationers ready to return to the Eastern cities, to local farmers and recent immigrants and schoolkids.

On the other hand, I stumbled across a couple of easily correctible mistakes that should never have seen the final edition. There never was a car called the "Cadillac La Salle" -- Cadillac and La Salle were two luxury car lines out of General Motors; La Salle ceased production in 1940 while Cadillac, of course, is still with us. It is likely that the affluent family mentioned owned a La Salle automobile. Also, the author mentions use of nuclear devices to quell hurricanes -- but it never happened. It was a bad idea ca. 1960 when a government program called "Project Plowshares" (use of atomic energy for peace) floated such thinking but fortunately, cooler heads prevailed.

I cannot personally take author Scotti to task (she died in 2010), but bloopers like that -- and you'll see other misstatements of fact unearthed by other reviewers here -- took some of the joy out of this engagingly written account. The author had just as much use of the Internet as I did and getting to the truth of these errors took only a few minutes. Hence four stars, not five.
Read more
7 people found this helpful
Helpful
Report abuse

Nawn
5.0 out of 5 stars Fascinating
Reviewed in the United States on December 31, 2018
Verified Purchase
I had never heard of this book until a family member recommended it. I live in southeastern Massachusetts and I recall my mom and dad talking about the hurricane of 1938. This book was absolutely fascinating and I stayed up late at night reading it. This is a great book detailing a sad and disastrous event in weather annals.
Read more
4 people found this helpful
Helpful
Report abuse

Randy Brown
4.0 out of 5 stars Reads like a thriller
Reviewed in the United States on April 8, 2020
Verified Purchase
I liked the way the author created a sense of the horror by providing some details about some specific people affected. Seemed almost like was happening in real time. And the differences In how people reacted. Shows how the storm brought out the best and worst in people. I also liked the section about the aftermath and finger pointing. Would have been nice to hear whAt changes of those recommended were actually adopted. Didn’t like the jumping back and forth among northern and southern areas affected and the time frames. Made it harder to follow. Would have liked more info on wave heights and wind velocities.
Read more
One person found this helpful
Helpful
Report abuse

Savvy Shopper
5.0 out of 5 stars This was a gift.
Reviewed in the United States on March 11, 2019
Verified Purchase
After reading this wonderful piece of literature ~ a real page turner, I gave this to my daughter and son-in-law for Christmas since they live in Gloucester, MA. My daughter told me they thoroughly enjoyed it, and she has lent it to several friends in the area. They had no concept of the power and damage of this hurricane along the coast of Long Island, Connecticut, Rhode Island, and Massachusetts.
Read more
One person found this helpful
Helpful
Report abuse

Ron Gunzburger
2.0 out of 5 stars Underwhelming ... and Kindle edition riddled with typos every page
Reviewed in the United States on October 4, 2016
Verified Purchase
This book came out in 2008, yet eight years later (2016) nobody has ever bothered to fix the glaring typos on every page of the Kindle edition. Every, I mean EVERY, set of hyphen-linked words end with a close parenthesis. Examples "... but twenty-four) hours later..." "... a happy-go)-lucky boy ..." You can find examples of this every page, even in some chapter headers.

As for the content, I found the writing cloying (so forced and overly descriptive as to make passages seem wildly embellished as to feelings, smells, colors, etc). Simply stated, Isaac's Storm is a much better written, more gripping hurricane book.
Read more
7 people found this helpful
Helpful
Report abuse
See all reviews
Back to top
Get to Know Us
Make Money with Us
Amazon Payment Products
Let Us Help You
EnglishChoose a language for shopping. United StatesChoose a country/region for shopping.
© 1996-2021, Amazon.com, Inc. or its affiliates