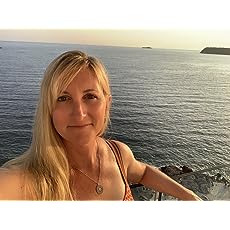 Sue Fliess ("fleece") is the award-winning, bestselling author of Robots, Robots Everywhere!, How to Trap a Leprechaun, and dozens of other children's books, including Mrs. Claus Takes the Reins, Mary Had a Little Lab, Ninja Camp, and many Little Golden Books. Her books have sold over 850k copies worldwide. Her background is in copywriting and PR/marketing, and she's contributed to O Magazine, HuffPo, Writer's Digest, & more. Fliess has also written for Walt Disney. Her books have received honors from SCBWI, have been used in school curricula, museum educational programs, been named to A Mighty Girl's Best Books lists, and have even been translated into French and Chinese. The Bug Book is in Dolly Parton's Imagination Library. Mary Had a Little Lab was named to Oklahoma's Redbud Read-Aloud Award masterlist and won Best in Rhyme for 2018. She's a member of SCBWI & Children's Book Guild of DC. She does school visits and speaking engagements and lives with her family in Virginia. Visit her at www.suefliess.com.
Read more 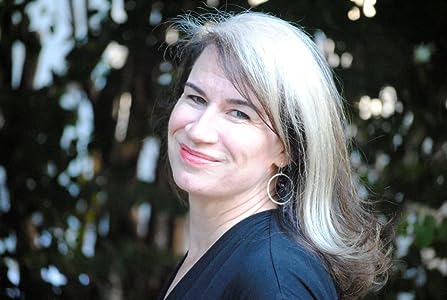 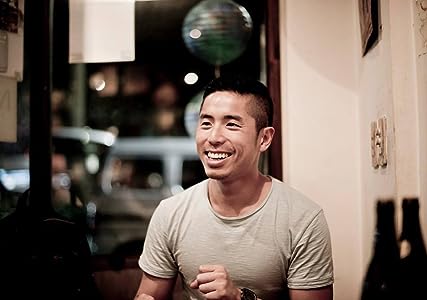 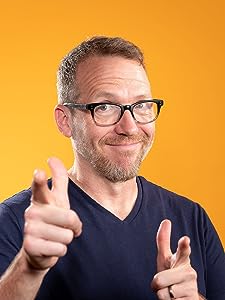 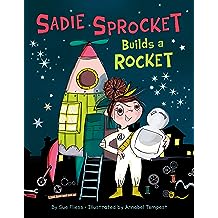 Sadie Sprocket is ready to soar!

Sadie Sprocket is a girl with a big dream—to go to Mars! No one has been to Mars (yet!), so of course that’s where Sadie sets her sights. She learns everything she can about the planet and space, then assembles her crew of trusty stuffed animals. Together they build a rocket and prepare for the historic journey. And then finally—blastoff!

Sadie and her team make it to Mars, but what will they encounter when they leave the ship? And will they travel home safely as the world watches?

With cheery rhyming text and quirky artwork, this is a story about dreaming big and reaching for the stars. The book includes facts about Mars and women in space to inspire budding explorers everywhere. 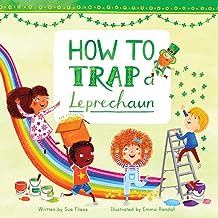 How to Trap a Leprechaun (Magical Creatures and Crafts Book 1) Feb 7, 2017
by Sue Fliess , Emma Randall
( 116 )
$1.99
Legend has it that if you catch a leprechaun, he’ll grant you a wish. But, be careful! Leprechauns are full of trickery. To catch one, you’ll need to be clever in crafting your trap. Grab some glitter and glue and get prepared for your wily holiday visitors!

On the night before St. Patrick’s Day, leprechauns show up to steal your treasures and then disappear as quickly as they came. However, if you’re careful you might be able to catch one and then he’ll grant you a wish. You’ll have to be sneaky and set just the right trap to trap a leprechaun.

Sue Fliess’s read-aloud text and Emma Randall’s whimsical illustrations will provide much fun for young readers eager to catch their very own leprechaun! But beware: leprechauns may leave you with nothing but a cardboard box and a shoe or two.
Read more
Other Formats: Hardcover , Paperback 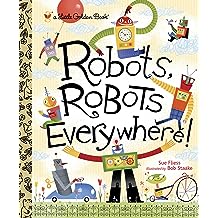 Robots are everywhere in this bright and funny board book – and preschoolers are going to love it! Whether up in space, beneath the seas, or even under couches, award-winning illustrator Bob Staake’s bold and colorful bots make this book a must have.


For more Bob Staake books, be sure to read:
I’m a Bulldozer
I’m a Truck
I’m a Monster Truck
Beachy and Me
My Pet Book
Read more
Other Formats: Hardcover , Board book 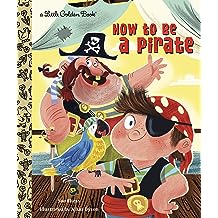 Little landlubbers get to earn their sea legs on a pirate ship amidst the goofiest pirates ever. There's lingo to learn (Gangway! Blimey! Yo-ho-ho!), a pirate look to choose (Pick a parrot for your arm. Every pirate's lucky charm!), and most importantly, pirate rules to learn (No more toothpaste! Farewell, bath! Once ye choose the pirate path!).This rollicking read-aloud will be a hit among boys, girls, and parents alike!
Read more
Other Formats: Hardcover 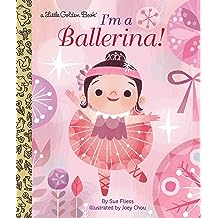 I'm a Ballerina! (Little Golden Book) Jul 14, 2015
by Sue Fliess , Joey Chou
( 2,526 )
$4.99
A little girl invites us into her ballet class, and later performs onstage (gulp!) in her first recital. Young readers will enjoy seeing what happens in a class, and young ballerinas will see themselves in this book.
Read more
Other Formats: Hardcover 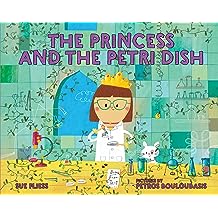 The Princess and the Petri Dish Apr 1, 2020
by Petros Bouloubasis , Sue Fliess
( 33 )
$9.99
This book is specially designed in Amazon's fixed-layout KF8 format with region magnification. Double-tap on an area of text to zoom and read.

Pippa isn't your usual princess. She prefers petri dishes to perfecting her curtseying. And when she realizes that she doesn't like peas, she gets a bright idea that consumes her and almost the whole kingdom.
Read more
Other Formats: Hardcover 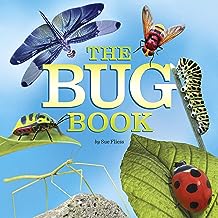 This fun rhyming story lists all the bugs you can imagine—creep bugs, climb bugs, sticky-slime bugs! Discover the vast world of insects in this photo-filled book.
Read more
Other Formats: Hardcover , Paperback 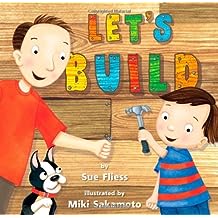 Let's Build May 6, 2014
by Sue Fliess , Miki Sakamoto
( 76 )
$3.99
Let’s build…a fort! Grab a pencil, draw the plans. We’ll construct it with our hands. Dad and son hit the hardware store. And then they start to build! Raise the walls up, hoist that beam. Real construction takes a team! When they’re all done, they’ll have the coolest fort ever!
Read more
Other Formats: Hardcover 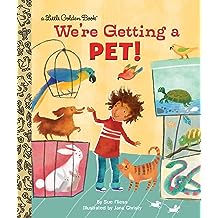 We're Getting a Pet! (Little Golden Book) Jul 14, 2015
by Sue Fliess , Jana Christy
( 4 )
$4.99
A young boy’s family is ready for a pet. But what kind of pet should they get? In this lively read-aloud, a trip to a rescue shelter leads to just the right kind of pet for the whole family. It’s an older dog who’s already trained. . . and ready to be a best friend.
Read more
Other Formats: Hardcover 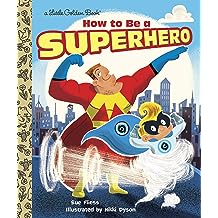 A boy asks Captain Mighty what it takes to become a hero. There’s a costume to choose and a power to develop. But most of all, it takes smarts and heart! It’s not long before the boy defeats the local villain, Turbo Troll, and earns his new name: the Silver Cyclone! This rollicking read-aloud will be a hit with kids and grown-ups alike! 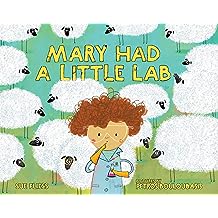 Mary Had a Little Lab Nov 5, 2018
by Sue Fliess , Petros Bouloubasis
( 43 )
$5.99
This book is specially designed in Amazon's fixed-layout KF8 format with region magnification. Double-tap on an area of text to zoom and read.

Mary is an enterprising young inventor. She wants a pet, but it isn't one she can easily buy…so she makes one with the Sheepinator! Mary's pet sheep and her new invention make her popular with her classmates. But when she starts making sheep for her new friends, things go hilariously awry. Can Mary invent a way to fix this mess?
Read more
Other Formats: Hardcover , Paperback 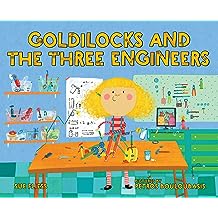 Goldilocks and the Three Engineers Apr 1, 2021
by Petros Bouloubasis , Sue Fliess
$9.99
Goldilocks is an inventor with inventor's block. To clear her mind, she takes a walk. Coincidentally, a very smart Papa Bear, Mama Bear, and Baby Bear also take a walk, and they find a cute little bungalow with almost-right inventions. Can they help make the inventions just right?
Read more
Other Formats: Hardcover