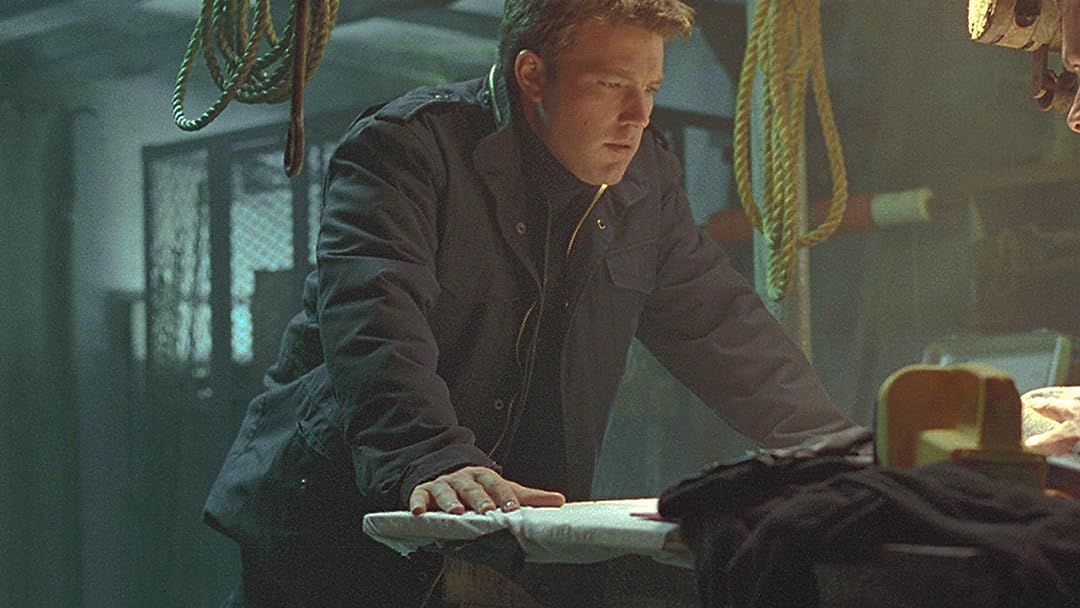 The Sum of All Fears

(3,596)
6.42 h 3 min2002X-RayHDRUHDPG-13
America's Cold War fears are rekindled after the President of Russia dies and is succeeded by a man with a cryptic past. But East-West tensions erupt when the CIA suspects that renegade Russian scientists are developing weapons.

IAN SAKURA 7Reviewed in the United States on July 20, 2019
1.0 out of 5 stars
a complete disaster.
Verified purchase
THE PRODUCERS OF THISFILM HAVE BASTARIZED TOM CLANCYS BEST SELLING BOOK. THEY BRING IN THE NAZIS,NOT THE ISLAMIC TERRORITS, THEY GIVE BEN AFFLECK AND NORMAN FREEMAN CLICHED ROLES, AND WORST OF ALL MAKE THIS ACOLD WAR CONFRONTATION. HOLLYWOOD AT ITS WORST.
70 people found this helpful

AmeliaDReviewed in the United States on December 11, 2019
1.0 out of 5 stars
Confusing
Verified purchase
That is the only word I can think of to describe this movie. The plot bears very little resemblance to Tom Clancy's bestselling novel. The timeline is altered for no apparent reason, other than to explain Ben Affleck being too young for the role of Jack Ryan. In the novel, Ryan is married, and his wife wants a third child. There are no Nazis in the novel, but Islamic terrorists. All the main characters in the movie are geographically out of place. In addition to all of that, they chose a basically talentless actor to play the part of Jack Ryan. This film was obviously aimed at general audiences, with no consideration for Clancy's vision. I would not, under any circumstances, recommend this movie. Read the book, or listen to the audio book. Trust me. It's much better.
30 people found this helpful

joel wingReviewed in the United States on September 4, 2020
2.0 out of 5 stars
Story is too far fetched and just plain unbelievable
Verified purchase
Sum Of All Fears was another adaptation of a Tom Clancy book about one of his favorite characters Jack Ryan this time played by Ben Affleck. Ryan is a young Russian analyst. The problem is the plot is a bit farfetched. It involves an Austrian neo-Nazi building a nuclear bomb to try to start a war between Russia and the United States. As usual it’s up to Ryan to save the day.

The problem is that the story just gets too far flung. Once the Nazi gets the bomb things just escalate and escalate and escalate. That’s supposed to be the point, but at the same time Ryan is supposed to be working his case. That’s just too unbelievable that Ryan can prove everything in time. Not only that but when Ryan tries to tell people he knows about the Austrian he just doesn’t say it. He just talks about he has information. It’s like he purposely didn’t want anyone to listen to him. Actually it was because they wanted to draw the story out and build more tension. This was all a case of very bad writing.
C

RDDReviewed in the United States on February 14, 2020
4.0 out of 5 stars
Well-Made, Poorly Timed
Verified purchase
Phil Alden Robinson’s 2002 film “The Sum of All Fears” reboots the Jack Ryan film series while adapting Tom Clancy’s novel of the same title. The story focuses on a younger Jack Ryan who learns of a Neo-Nazi plan to trigger a nuclear war between the United States and Russia. The terrorists successfully detonate a nuclear weapon in Baltimore, though Jack realizes it’s a black-market weapon and not of Russian origin and works to prevent the superpowers from going to war. Ben Affleck, twenty-nine at the time of filming, portrays the younger Jack Ryan while Bridget Moynahan appears as Cathy Mueller (Ryan’s future wife). Beyond the characters of Jack Ryan and Catherine Muller-Ryan, the film also features John Clark, previously played by Willem Dafoe and her portrayed by Live Schreiber. Other additions to the cast include Morgan Freeman as William Cabot, the Director of the CIA, James Cromwell as President Fowler, Ron Rifkin as the Secretary of State, Bruce McGill as Gene Revell, and Ciarán Hinds as Alexander Nemerov.

The film changes some plot points, portraying the terrorists as neo-fascists rather than Arab nationalists. The writers changed the plot prior to September 11th, but many misunderstood this after the fact, though the release date was pushed into 2002 due to the content. Unfortunately, the climactic finale was a little too close to current events when the movie came out and is still rough to watch, resembling as it does “The Day After.” In other changes, where the original novel focused on the Soviet Union, this film substitutes modern Russia. Many of Clancy’s novels took place during the Cold War, but the films – with the exception of “Hunt for Red October” – take place in contemporary settings, which can lead to some odd scenes. Finally, the climax, in which terrorists target the President at a football game, recalls Thomas Harris’s 1975 novel “Black Sunday,” which John Frankenheimer adapted as a film in 1977. The film is well-made, but was doomed by timing. As such, this attempt to reboot the Jack Ryan series went nowhere despite positive box office returns and there was a second reboot 12 years later.

RWilisReviewed in the United States on December 7, 2020
2.0 out of 5 stars
Communist apologist movie
Verified purchase
This movie was very unrealistic. We are led to believe that a far right nazi group somehow stole some American plutonium through Israel, and then detonated a small nuclear bomb on American soil, to frame Russia, who is now led by a good communist. The white house of course takes the bait, and seconds before a full blown nuclear war, Matt daemon, who studied the good communist Russian president in college, investigates and finds proof the plutonium was stolen by right wing terrorists, and then proceeds to get a hold of the good communist Russian president through secure channels without the American president's knowledge, and convinces the good communist Russian president to stand down, in hopes the American president would follow suit and call off the nuclear strike, which he if course does. The far right nazis are murdered and everyone lives happily ever after. Not a surprising story from the far left communist sympathizer liberals in Hollywood, who we now know pose a far greater threat, and are the true fascists in America.
6 people found this helpful

Peter K. LedouxReviewed in the United States on July 16, 2019
5.0 out of 5 stars
Accurate Physics?
Verified purchase
I've read the book and saw the movie when it came out. For that matter, I read all of Clancy's Jack Ryan books. One small physic error in the plot. A Plutonium core U-239 Is not actually radiologicly dangerous if not at criticallity. So the Palestinians who dug it up wouldn't have received fatal dose of radiation even if directly exposed to the core. They would have ingested some of the U-239 for it to kill them. Though the movie was enjoyable to watch again.
10 people found this helpful

Chris WeidnerReviewed in the United States on July 27, 2019
2.0 out of 5 stars
Bad Casting. No Energy.
Verified purchase
Remove Ben Affleck from the film and it's much better. I never disliked Affleck but watching this movie again years later I see he is a really uninteresting actor that brings nothing to the Jack Ryan role. And all the forced "comedy" romance scenes. They don't work and kill the momentum of the movie. Plus you don't buy the romance for a second. Too bad. The story is interesting enough that it might keep you engaged though.
11 people found this helpful

candymonReviewed in the United States on July 12, 2019
5.0 out of 5 stars
intrigued and will keep your interest
Verified purchase
this movie had a lot of details and acting was great, loved the ending as well. This movie is a great example of how important it is to keep open lines of communications in emergency and all situations honestly and to give others a chance and hear them out even if everyone is saying one thing while one person is saying something completely different.
11 people found this helpful
See all reviews
Back to top
Get to Know Us
Make Money with Us
Amazon Payment Products
Let Us Help You
EnglishChoose a language for shopping. United StatesChoose a country/region for shopping.
© 1996-2022, Amazon.com, Inc. or its affiliates