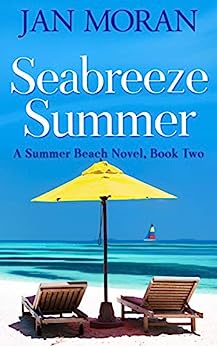 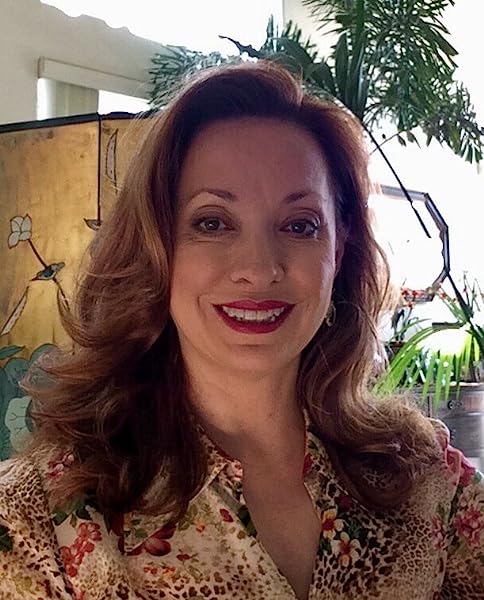 by Jan Moran (Author) Format: Kindle Edition
Book 2 of 9: Summer Beach
See all formats and editions
Sorry, there was a problem loading this page. Try again.

While renovating an old beach house, Ivy and her sister, Shelly, suddenly have full occupancy after fire forces Summer Beach residents from their homes. Even the mayor, Bennett Dylan, who was Ivy’s high school crush, moves in. As the summer heats up, attractions simmer and feuds erupt.

Living in the house Bennett had hoped could be a community center, he finds himself at odds with Ivy’s campaign for a bed-and-breakfast zoning change. And when valuable items disappear from the inn, Bennett’s friend Mitch, who owns the popular Java Beach coffee shop, is the prime suspect.

Shelly's romance with Mitch cools when his old criminal record emerges, which leads her to question if Summer Beach is the right place for her.

Despite the chaos, Ivy has just one summer to save the house from an impending tax sale. And when a documentary filmmaker arrives to reconstruct the history of the old house and its secretive former owner, yet another secret emerges from an unlikely place.

Seabreeze Summer is a sweet summer beach read and the second novel in the Summer Beach series after the Seabreeze Inn. Book your reservation in this small beachside town of intriguing characters now.

"A novel that gives fans of romantic sagas a compelling voice to follow." - Booklist

"Jan Moran is a favorite author of mine. All in all a fun read which grabs you at the start." -- Tina Sloan, Author of Changing Shoes, Award-Winning Actress

Jan Moran is a USA Today bestselling author of women's fiction. She writes stylish, uplifting, and emotionally rich contemporary and 20th-century historical fiction. The Midwest Book Review and Kirkus have recommended her books, calling her heroines strong, complex, and resourceful. Visit her at www.janmoran.com and join her reader's club. Her books are also translated into German, Italian, Russian, Portuguese, Dutch, Polish, Turkish, Bulgarian, Lithuanian, and other languages. Jan studied writing at the UCLA Writers Program, sailed on Semester at Sea, and graduated from the University of Texas and Harvard Business School. She lives near the beach in southern California. --This text refers to the hardcover edition.

Jan Moran is a Wall Street Journal and USA Today bestselling author of heartfelt women’s fiction series, beach reads, family sagas, and romantic 20th-century historical novels. Jan dreams up her popular, small-town contemporary beach books on sunny shores in Southern California, not far from where she lives. Discover more about her at JanMoran.com.

Jan has been an avid traveler throughout her life, so you’ll find her books infused with authentic locales and things she loves to research—from chocolate, wine, and food to history, fashion, and more. Readers often say that along with a heartwarming story, they also learn many fascinating details. As a native of Texas who lived on the east coast and worked in Paris, Hong Kong, and Canada, Jan brings a wealth of experience to every book she writes. Pour a cup of tea or a glass of wine, open one of her books, and find yourself transported with characters you’ll soon be rooting for as friends.

To learn of new releases and special offers, join Jan's Readers Club at https://www./JanMoran.com. Simply copy and paste. Or visit her on Facebook at facebook.com/janmoranbooks.

Jason W.
5.0 out of 5 stars Great read
Reviewed in the United States 🇺🇸 on January 6, 2023
Verified Purchase
This series is a simple read with a relaxed feel! It makes you feel the sand between your toes and ocean spray on your face! I thought myself to make seabreeze cocktails to enjoy while I get lost in this read! Onto book 3 ...
Read more
Helpful
Report abuse

RobbieAnn
5.0 out of 5 stars Loved this book!!!!!
Reviewed in the United States 🇺🇸 on January 19, 2023
Verified Purchase
Such fun and so believable. The fun encountered by the characters made me so ready to believe the characters!! Yay!!
Read more
Helpful
Report abuse

Colleen Flynn
VINE VOICE
5.0 out of 5 stars A fun and delightful romp
Reviewed in the United States 🇺🇸 on November 7, 2022
Verified Purchase
This second installment in the Seabreeze Inn series has Ivy and Shelly getting to know their neighbors while hosting some of them after a disastrous fire. In addition, the old inn has more mysteries to share, including a cache of jewels and a tiara fit for a queen. Unfortunately, a thief is on the loose and items go missing. Add a celebrity wedding to the mix, and it's never a dull moment for the two sisters.

Relationships are deepened. Friendships are cemented, and there's still time for Ivy and Bennett to share some intimate moments. I truly enjoyed imagining myself as a resident of Summer Beach and wish San Diego really had a small-town enclave as described in this delightful series. Onto the next one!
Read more
2 people found this helpful
Helpful
Report abuse

Roxanne K
5.0 out of 5 stars Great read!
Reviewed in the United States 🇺🇸 on December 23, 2022
Verified Purchase
I thoroughly enjoyed this book as much as her first! Its wholesome well written a d the character devekkl.ent just wonderful.
Read more
Helpful
Report abuse

Kathy Hoelscher-Levine
5.0 out of 5 stars Enjoyable
Reviewed in the United States 🇺🇸 on December 6, 2022
Verified Purchase
Great read!!!! I have only read the first two books in the series, and will continue to read the rest.
Read more
Helpful
Report abuse

P. Blevins
5.0 out of 5 stars What a fun series to read !
Reviewed in the United States 🇺🇸 on October 17, 2019
Verified Purchase
Seabreeze Summer: A Summer Beach Novel Book Two is by Jan Moran. This sequel takes place in Summer Beach, California where Ivy and Shelly are trying to turn the house Ivy inherited from her husband, Jeremy, when he unexpectedly died. He had purchased this house with their retirement money and the money for his daughter’s education without Ivy’s knowledge. She had been forced to sell their home and everything to pay his debts and this was the only thing left and he owed back taxes on it too. In order to keep the house, she had to pay those taxes within a year. To do this, she is trying to get zoning changed to allow her to turn it into a hotel. She couldn’t tear it down or anything as it was declared a historical site.
Ivy had decided to stay here and turn the house into a hotel to pay off the taxes and keep it. She talked her sister into staying here and not returning to her dead-in life in New York. Their niece, Poppy, who was visiting decided to stay and put her marketing degree to work marketing the hotel. The house had belonged to an older couple and was left as is, including the stolen art secreted within the walls. Those had been turned over to the FBI for processing as they were stolen WWII art. What else might they find in the house?
How can they convince the council to allow a variance in zoning to allow her to turn the home into a hotel, especially with the resistance of their neighbor, Darla? Having the mayor living here along with several other influential people in the community after their homes were destroyed by a forest fire could be either an advantage or disadvantage.
The book is delightful and it keeps you on your toes wondering what they will find next in the house and if they will finally find a journal explaining how these stolen items got to the house. Coupled with romances popping out all over and Ivy’s daughters’ reactions to her decision to move here as well as a rotten chihuahua things keep hopping here at Seabreeze Inn.
Read more
11 people found this helpful
Helpful
Report abuse

KMD
4.0 out of 5 stars Enjoyable yet predictable
Reviewed in the United States 🇺🇸 on May 6, 2022
Verified Purchase
With everything going on in this world today, this was a book that allowed me to sit back, relax and enjoy the characters I have grown to love. The descriptive setting takes the reader to a place which engulfs one into a cozy beach community; I could easily picture myself engaging with the various characters.
I was a little disappointed that Ivy’s storyline with her deceased husband’s mysterious double life was not elaborated upon nor was her relationship with her adult daughters ( a little with Misty). I am anxious to see if her husband’s past was accurate,as described by locals, and if she treats her children like adults by being truthful with them. I already have downloaded the third book in the series and will start it soon!
Read more
Helpful
Report abuse

Ohio Customer
2.0 out of 5 stars Disappointing, unresolved
Reviewed in the United States 🇺🇸 on January 7, 2023
Verified Purchase
I didn’t care for the first one but sometimes it takes a bit for a story to keep going. This book dragged on but ended without any real resolution on anything. This series could be an interesting story - but as one standalone book. Making this into a series has dragged out the story and the characters repeat the same inner monologues over and over. I was interested in the historical arc - but it’s just taken too long to develop. I’m out. I will be returning the rest of the series.

The writing is really juvenile and awkward at times / it’s unfathomable that people would actually talk like the characters in the book. And the silly, cutesy names of all the businesses in town is another pet peeve.
Read more
Helpful
Report abuse
See all reviews

Pierce
5.0 out of 5 stars Loving the series
Reviewed in the United Kingdom 🇬🇧 on December 12, 2021
Verified Purchase
Loving all the books that Jan Moran has written so far.
Read more
Report abuse