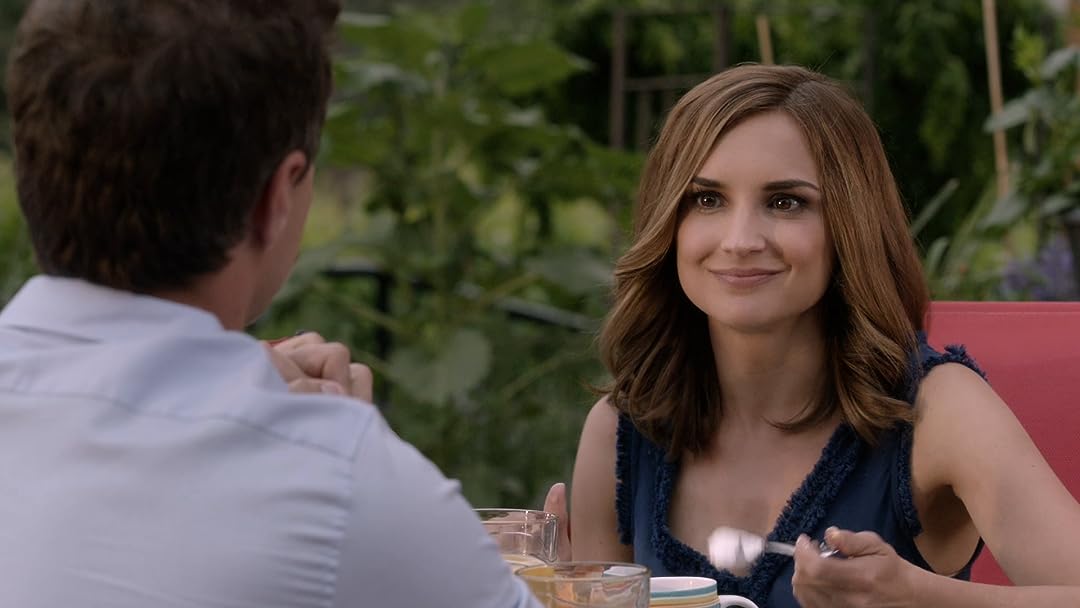 Summer in the Vineyard

(141)
6.41 h 22 min2017NR
In the sequel to Autumn in the Vineyard, Frankie and Nate are now a couple and are gearing up for Summer Fest, the town's largest event. They can't wait to reveal their new wine and put the vineyard on the map.

TGReviewed in the United States on September 26, 2021
5.0 out of 5 stars
One of My Favorite Hallmark Movies
Verified purchase
I love both the actors as well as the storyline and the sequels that were made after this. Just feel good movies when you don't want to watch something that gets your adrenaline pumping and can get you stressed out. Sometimes a feel good movie is good for the brain and body.........and those who were involved in this one and the series did a great job for the type of movie(s) they were making. Thank you!

A RiggsReviewed in the United States on September 14, 2020
5.0 out of 5 stars
Cute Movie!
Verified purchase
This is the cutest movie series I have watched in a while!

21Reviewed in the United States on July 13, 2020
5.0 out of 5 stars
Wine not?!
Verified purchase
Love this movie it inspired me to join TCM wineclub to broaden my horizons.

H. BalaReviewed in the United States on January 1, 2020
4.0 out of 5 stars
tweak the cab, tweak the relationship
If you'd been clamoring for a follow-up to 2016's Autumn in the Vineyard, them suits at Hallmark heard you. Based on Marina Adair's novel Summer in Napa, 2017's Summer in the Vineyard continues the story of Frankie and Nate at Sorrento. It's been months - a year? - since the events in the first movie. Frankie Baldwin (Rachael Leigh Cook) and Nate DeLuca (Brendan Penny) are stoked for the impending Summerfest, perceiving the annual celebration as an opportunity to make a big splash and put Sorrento Farm on the map.

Breakdown: The Summerfest is composed of two main events. "The Art Walk" is a week-long art festival that takes place on Main Street. "The Taste of St. Madeline" is a food-and-wine pairing in which the local wineries match their new vintage with a prominent chef's eateries. Each year, every discerning wine critic in the country flocks to the Taste of St. Madeline.

Sorrento Farm aims to wow the wine world with the launching of its first ever vintage (no, Frankie's award-winning cabernet sauvignon from last year's Autumn Harvest Best Wine competition doesn't count as it had actually utilized grapes from her father's vineyard - see the first movie). Anyway, our duo need a big break in order to keep Sorrento solvent. Keeping up with the hefty loan payments ain't some trifling activity.

So here's Frankie and Nate scrambling like mad, trying to get things ready for their pairing. But they don't have a chef, and - calamity! - the wine isn't ready. Here's the stupid part: Frankie doesn't want to tell Nate about the wine because she doesn't want to disappoint him. No, that won't bite her in the butt at all later on. To quote no one, "Tweak the cab, tweak the relationship."

As we saw in Autumn in the Vineyard, Nate can for sure cook, so the plan is for him to serve as the chef in the pairing. So that's one problem solved.

You might say Nate is ambitious, maybe too ambitious. He projects a daunting wall of optimism, as if there's nothing he can't handle. So, when an unexpected sinkhole cuts off the only access to the Lehmans' property - and the Lehmans are hosting the Taste of St. Madeline this year - well, guess who volunteers to play surrogate host? As if Frankie weren't stressed enough.

With only nine days to prepare as hosts, the level of hectic escalates exponentially, and maybe Nate has bit off more than he can chew. There's a lesson here to be gained about the value of communication and of teamwork. Even though Frankie and Nate are a loving couple, they prefer to play it solo in their areas of expertise. Frankie has a way with fermented grapes, and, so, she's the perfectionist who crafts Sorrento's vintage. Nate, armored with his fancy science degree from Cornell, is in charge of cultivating the vines and the crops. He's got some special fertilizer, or, as it turns out, a especially bad fertilizer. So, now, the vineyard is imperiled. Will they figure out in time that, to get out of their pickle, it'll take the both of them tackling a problem together?

Frankie's wine still isn't ready. So much for her vaunted know-how about controlling oxygen levels, and manually altering the acidity, and heating the cellar to accelerate the aging. No, I dunno what any of that means.

A side story: Into this breathtaking wine country strolls Frankie's cousin Lexi (Tegan Moss). I'm certain Lexi's being a pastry chef won't at all play into the plot. She immediately catches the eye of Nate's flighty younger brother Marco (Marcus Rosner). Marco is in Frankie's dog house, seeing as how he'd just broken her best friend's heart.

How can Sorrento stay afloat? Nate is frenziedly rewriting equations for his faulty fertilizer formula. Frankie keeps tinkering with the cab. Meanwhile, it's nice to catch up with Frankie's dad, Charles (Michael Kopsa), and Nate's mom, Carla (Laura Soltis), their long-running feud at last put to rest, although they're not above playfully poking jabs at each other.

4 out of 5 stars for Summer in the Vineyard. It's a solid sequel, never mind that the book it adapted actually focuses on Lexi and Marco. The cast continues to work its magic. I like Rachael Leigh Cook and Brendan Penny together. They make good chemistry. And it's nice to just soak in the movie's chill atmosphere. Napa Valley is so laid back and offers vistas that are simply panoramic. It's the ideal stage for beautiful people and their beautiful people problems. And, whimsically, Mittens the llama is still around. You don't have to be a foodie to be swept away by the rampant display of heavenly wines and delectable meals. Observe Nate, amateur chef, as he serves his duck confit tacos spiced with poblano salsa and jicama slaw. Eyeball Frankie's cousin, the pastry chef, as she whips up a plate of blueberry peach tart tartan with a Madagascar vanilla glaze. Okay, I have to wipe away my drool. Review's over. As for Frankie and Nate, their adventures continue in Valentine in the Vineyard.

zoeyReviewed in the United States on May 7, 2019
3.0 out of 5 stars
Entertaining vineyard movie...
spoilers--

Summer in the Vineyard:

This was the couple's second movie continuing where they left off with Autumn in the Vineyard. The two are now a couple and are expected to host the annual wine event. They feel the pressure of wanting everything to be perfect while battling problems leading to the event. The families are no longer feuding and are getting along because their children are together. There is a second romance brewing with the H's brother and the new baker in town. This brother was initially with the h's bestie in the first movie, but she disappeared in this one.

This movie was not as good as the first movie. It was just okay.
2 people found this helpful
See all reviews
Back to top
Get to Know Us
Make Money with Us
Amazon Payment Products
Let Us Help You
EnglishChoose a language for shopping. United StatesChoose a country/region for shopping.
© 1996-2022, Amazon.com, Inc. or its affiliates