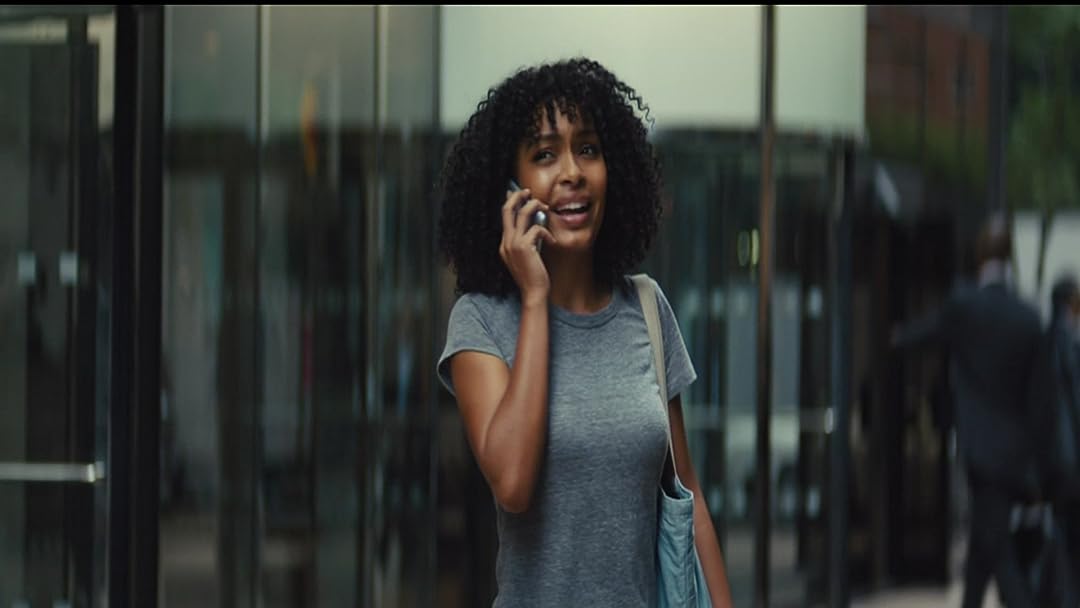 The Sun Is Also A Star

(2,729)
1 h 40 min2019PG-13
A college-bound romantic and a Jamaica-born pragmatist meet—and fall for each other—over one magical day in New York City in this modern-day story about finding love against all odds.

Fred RothgangerReviewed in the United States on August 24, 2019
5.0 out of 5 stars
Refreshingly clean
Verified purchase
It's rare to find a movie that is genuinely romantic. It seems that writers are tempted to use sex as a substitute for actual relationship. This movie strikes an unusual balance. There is plenty of touch, and long sequences where no sound but music plays while the characters interact. Yet it never shows "too much", and there is a thoughtfulness to everything that happens. The lead actors exude innocence and openness to each other that is sweet.
39 people found this helpful

Loves BooksReviewed in the United States on September 23, 2019
5.0 out of 5 stars
Great Movie
Verified purchase
Loved this movie. I’m a sucker for romance and this movie did not fail to deliver. Loved that it was not your typical interracial couple. The male was not your traditional male lead and the female was not your traditional female lead. You had two minorities in the lead roles and that in and of itself was refreshing. Having said that, the story was universal and very relatable, especially given today’s headlines. Some may argue that it wasn’t realistic, but that may have more to do with a person’s personal philosophy more than the movie itself (for instance, whether you believe in love at first site). To that I say, why waist time? Just enjoy the movie, lol. 😊
17 people found this helpful

SReviewed in the United States on August 27, 2019
3.0 out of 5 stars
The book was better
Verified purchase
It wasn’t bad, but it wasn’t great. I couldn’t put the book down and found myself loving all of the characters, even the lesser characters. The movie moved slowly to me and I couldn’t feel the chemistry between the two of them as I did with the book. Love the story line and the actors either way.
15 people found this helpful

LWlovesmyManReviewed in the United States on October 17, 2020
1.0 out of 5 stars
If You Read the Book First Don't Bother Watching This
Verified purchase
The book was one of the best I've read in years. Could not put it down! Was so excited for the film. It is so different from the book. I literally had to shut the movie off it was so bad.

Deviations from the book (some of them)…

1. The song Daniel sings to Natasha in the book is "Take a Chance on Me" and in the movie it's "Crimson and Clover."
2. The lawyer's name was changed (no clue why) and his entire back story was changed! In the book he has a conflicted story that is very interesting, but they omitted it, making the film suffer for it.
3. SPOILER ALERT! In the book, it's 10 years before the main characters find each other again. It's on a plane and it's by another side character that had a very interesting storyline in the book. All of that was left out! In the movie, they meet 5 years later and it's quite frankly, uneventful.
4. In the book, Natasha is to be deported that night. Movie version carries it into the next day. Trust me, it makes a difference.

Just a few of the many, many deviations from the book to movie. Save your time.

NapunzelReviewed in the United States on July 17, 2020
3.0 out of 5 stars
Lacking script , beautiful cinematography
Verified purchase
Book adapted films are never as good as the book, but there was a lot left to be desired with this film. It would have been nice to learn more about the auxiliary characters...what happened to Natasha's Dad's backstory with his acting career and the reason why their relationship became so contentious?
I find Yara to be a bit wooden on Blackish, but she did a good job here. I wasn't too crazy about Charles performance or his facial expressions. Also the leads had some checmistry, but most of felt inauthentic..you didn't see much substance in the chemistry or what made them fall for each other like you see in the book.
And they couldn't get REAL Jamaican actors for this movie?? The fake accents drove me nuts! The upside was that the movie was visually beautiful and a great soundtrack.
3 people found this helpful

roxyReviewed in the United States on August 23, 2019
5.0 out of 5 stars
Sensual, romantic, beautiful
Verified purchase
Crazy sensual, beautiful, modern day romance. If you really know what love is, you will love this.
13 people found this helpful

2BhealthyReviewed in the United States on September 7, 2019
2.0 out of 5 stars
The book was so much better than the movie
Verified purchase
You may enjoy this film if you don't read the book first. Otherwise, you may be dissappointed. The movie stripped away almost all of the depth, complexity anjd nuance of the book, making it hard to watch.
9 people found this helpful

Hard to PleaseReviewed in the United States on September 8, 2019
5.0 out of 5 stars
Great modern love story with all the feels.
Verified purchase
Fantastic feel good movie with no superheroes in it. One of those "never heard of it" movies that probably didn't get enough attention at the box office due to a jump the shark superhero movie playing on 10 screens.
7 people found this helpful
See all reviews
Back to top
Get to Know Us
Make Money with Us
Amazon Payment Products
Let Us Help You
EnglishChoose a language for shopping. United StatesChoose a country/region for shopping.
© 1996-2022, Amazon.com, Inc. or its affiliates