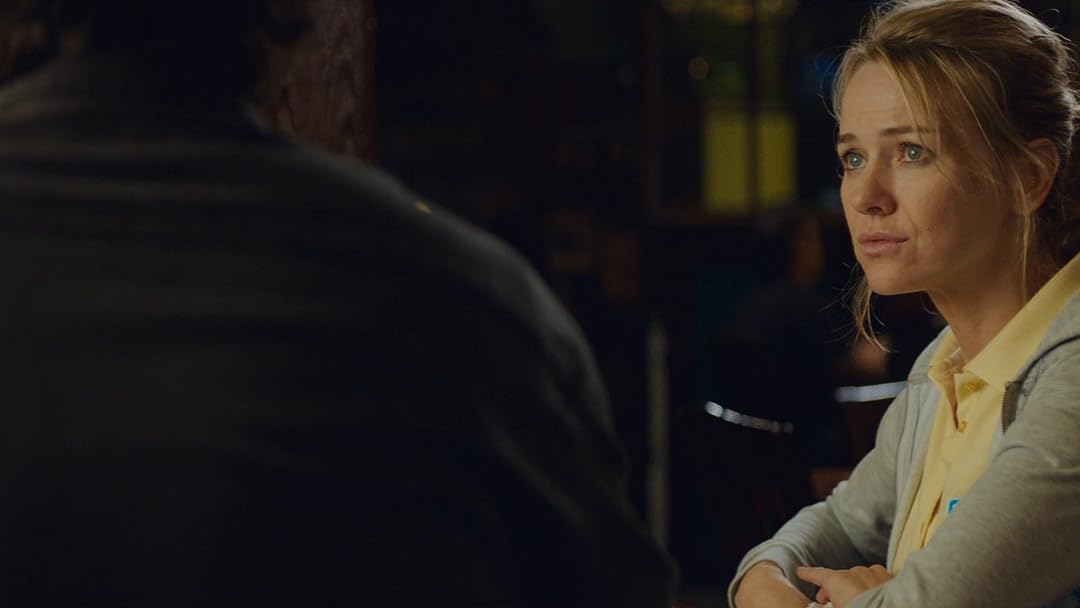 kei.Reviewed in the United States on June 15, 2014
4.0 out of 5 stars
Nothing Special
Verified purchase
I bought this movie only because Norman Reedus is in it. Turns out he plays an unlikeable character that you do not see much. So- without any "Reedus distraction", I paid more attention to the movie itself and it isn't bad, which might even mean it's pretty good if you like "love stories" - personally, I don't. I find it kind of odd that I could feel for the main characters - that's why I gave it four stars. I'll probably watch this again (as I usually do). This story has been done in many ways before so I think the acting was decent even if I didn't care for Reedus' role - which I'm sure is how he meant to play it anyway. I don't want this review to be a spoiler but I think I should say it's "white-trashy" , as was Out of the Furnace which I liked very much.
One person found this helpful

neaReviewed in the United States on May 10, 2021
2.0 out of 5 stars
Two Stars ti give credit to the acting
Verified purchase
The acting was good, BUT the plot oh my gosh....to think that people really believe that poor actually live this way. I was raised poor, we ate well, we raised a garden, there wasn't a lot but what there was, was good food, NO ONE DRANK, NO ONE took DRUGS and NO one smoked. Why do they always show poor people as the dregs of society. Just because a person is poor doesn't mean they live like THIS. And then she thinks having an abortion is the answer to everything? A very mixed up couple that don't realize that they are their own worst enemy. I personally didn't see much love in this movie, just lust and mutual need.
7 people found this helpful

phreejaxReviewed in the United States on January 31, 2018
5.0 out of 5 stars
You have found a little-known gem ... just push 'play'
Verified purchase
***** 4-1/2 Stars ***** A film for anyone with patience and a heart. Nothing happens in this fine film, except life ... hopefully not yours, but almost certainly someone you have passed by on the street, or seen behind the register at your local convenience store. It's not a story about homeless folks, but they are just hanging on by a thread ... and even if it didn't always terrify them (they are used to being 'losers') it will terrify you - just as it did me. Because you will care about this couple, as flawed as they can sometimes be, and you want them (somehow) to succeed. I always thought Naomi Watts deserved an Oscar for "Mulholland Drive" back in 2001, and in "Sunlight Jr." she is just as good ... and the always underrated Matt Dillon keeps up every step of the way. Very highly recommended - should be required viewing for everyone in our Congress, there are no 'throw-away' people. Thanks for reading.
8 people found this helpful

Michelle gReviewed in the United States on March 5, 2015
4.0 out of 5 stars
A Slice of Real America
Verified purchase
A slice of the "Real America." This movie takes place on Main Street, Poverty, USA. The performances from Matt Dillon and Naomi Watts tastes like a bite out of reality television. Reedus and Harper give supporting roles that are true to form. Some say that there is no plot to this movie. I say that the plot is surviving with disabilities, drugs, alcoholism, and poverty. A plot to often played out in the cinema of life. If this was not something I had seen out the window of my own backdoor, I never would believe it. It is a true portrayal of a crappy life.
3 people found this helpful

C. O'ShaughnessyReviewed in the United States on February 4, 2014
3.0 out of 5 stars
It's different.
Verified purchase
I don't think it was good, but it wasn't bad it was just different. There really wasn't a plot or a resolution. It was more of a light examination of being poor in America. I didn't really feel anything for anyone except confused. I feel like Norman Reedus' character was there just to draw some attention to this film from his fans and give it a popularity increase. I don't know why Justin was obsessed with Melissa or why Melissa and Rich love each other. If nothing else, this film inspires me to keep going to college so I don't end up like anyone in this film, which is why I felt it warranted three stars instead of two.

JenSReviewed in the United States on July 13, 2022
1.0 out of 5 stars
Just another movie that portrays giving up when life gets tough
Verified purchase
I had a really rough and poor life before and while I had my kids and I would've never murdered my babies. Here's another movie glorifying abortion. I understand rape or other terrible circumstances, but just cuz your poor and out of a job doesn't mean you've gotta get rid of the babies. There's a lot of recourses out there for poor pregnant moms especially when this movie was made and she didn't even try. That's how little that human life was worth to her. My daughter is almost due with her first child, she's single and had to come live with me due to severe health issues and no way to work and she's 10 times stronger than this woman.
3 people found this helpful

Page Pixie VeronicaReviewed in the United States on August 6, 2015
3.0 out of 5 stars
Loved the performances of Naomi and Matt
Verified purchase
Loved the performances of Naomi and Matt. They are stellar actors. Their portrayals of poor folk was very believable. And Matt did an amazing job being in a wheelchair. I have been watching many of his movies lately and ask myself, is there anything he can do? Lol. He is Gold. Despite my love for the acting, the story line lacked a je ne sais quoi that I kept asking myself, are we there yet? My 3 stars reflect the overall experience and not the acting.
2 people found this helpful

Johnny LawReviewed in the United States on February 2, 2018
2.0 out of 5 stars
Shiny Happy People...
Verified purchase
In portraiture, venerated painters occasionally would paint peasants--IF they were interesting enough for a master painter to spend the time.

In this portrait of low-income whites in Florida, things aren't really interesting enough to merit the viewers' / director's / actors' / actress', time. Only bleak, degenerate characters here mud-stuck in their own depression cycles. Shot / edited / soundtracked like a 90s music video.

Thank you post-modernism, for movies which fail to inspire, fail to inform, uplift or even carry a real story arc. We can now just let the storyline drop off a cliff, and call it a film. And give it an award.

Two stars and not one because of the well-played performances. But do yourself a favor, and grant yourself the self-esteem to skip this one..


3 people found this helpful
See all reviews
Back to top
Get to Know Us
Make Money with Us
Amazon Payment Products
Let Us Help You
EnglishChoose a language for shopping. United StatesChoose a country/region for shopping.
© 1996-2022, Amazon.com, Inc. or its affiliates