Add to Cart
$12.50
+ Free Shipping
Sold by: Blackstone_Publishing
Have one to sell? Sell on Amazon 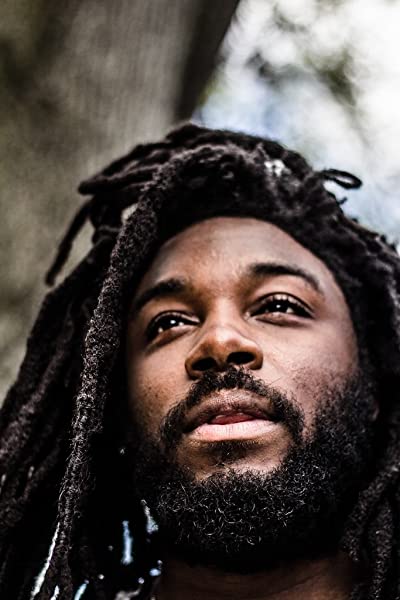 Jason Reynolds is the author of several critically acclaimed books, including When I Was the Greatest, for which he was the recipient of the Coretta Scott King / John Steptoe Award for New Talent; the Coretta Scott King Honor books The Boy in the Black Suit and All American Boys, cowritten with Brendan Kiely; As Brave As You, his middle-grade debut; and National Book Award finalist Ghost, the first in a four-book series about kids on an elite track team.

Start reading Sunny (Track Book 3) on your Kindle in under a minute.

4.8 out of 5 stars
4.8 out of 5
110 customer ratings
How does Amazon calculate star ratings?
Amazon calculates a product’s star ratings based on a machine learned model instead of a raw data average. The model takes into account factors including the age of a rating, whether the ratings are from verified purchasers, and factors that establish reviewer trustworthiness.
Top Reviews

Sunny lost his mother at birth and he’s always considered himself in debt to her. He runs for her honor and he’s great at it, except it’s not what his heart wants.

Sunny has a difficult relationship with his father and the distance between them is one of the main subjects of the diary entries that make up this book.

S. Shamma
2.0 out of 5 stars I hate "Dear Diary" format
Reviewed in the United States on October 23, 2018
Verified Purchase
I'm so confused. I don't know what went wrong here. I'm actually a little annoyed with this book. I feel like the quality has decreased from one book to the next. Ghost was such a great book, but I can't say the same about the rest of the series.

This one was the worst so far. It's such a shame because I was really looking forward to Sunny's story. He was always one of my favorite characters, and I had such high hopes.

It was written in "Dear Diary" style, and unfortunately, I found Sunny's narrative voice to be very annoying. And all those sounds "boom, tish, rrrah, bla", I just couldn't take it.

The story would have been so much more touching and emotionally charged had it been written in verse form or regular narrative, but all these diary entries were...kind of lame.

There were a few gems in there, and that doesn't surprise me because I know what Jason Reynolds is capable of. I give it a 2 stars, because I'm biased and I love Reynolds. But in truth, I'm not sure it deserves more than a star.
Read more
2 people found this helpful
Helpful
Comment Report abuse

Amazon Customer
5.0 out of 5 stars Amazing!
Reviewed in the United States on May 2, 2018
Verified Purchase
Again! He did it again! Left us wanting more! I love his characters and the emotional integrity and plot development! I want to read the next one as soon as possible! The voices come to life. The conflicts are universal. My son and I read the book out loud to each other. It’s great bonding time! We laughed out loud as well as many more emotions.
Read more
2 people found this helpful
Helpful
Comment Report abuse

Saudekesha James
5.0 out of 5 stars Must Read
Reviewed in the United States on July 21, 2019
Verified Purchase
I’m a 5th grade teacher and I have read the entire Track series... my students love this book and the authors craft and use of figurative language.. I loved Patina the most but Sunny was a close second.. even brought a tear or two to my eyes
Read more
Helpful
Comment Report abuse

J. Margeson
4.0 out of 5 stars Good but not Ghost-good
Reviewed in the United States on April 23, 2020
Verified Purchase
I like Sunny enough to read Lu but not as much as Ghost and Patina. My heart hurts a little more for Sunny though ♡
Read more
Helpful
Comment Report abuse
See all reviews from the United States

Steph
5.0 out of 5 stars An incredible addition to a brilliant series!
Reviewed in the United Kingdom on May 4, 2020
Verified Purchase
I love this series so much and getting to know these kids makes me so happy. This deals so gently with grief and how adults deal with it in the background, and in the foreground you’ve got brilliant Sunny who is weird and wonderful and great. He’s a runner, a dancer, a worrier. He’s surrounded by these amazing people and I’m so glad
Read more
Helpful
Sending feedback...
Thank you for your feedback.
Sorry, we failed to record your vote. Please try again
Report abuse

Amazon Customer
5.0 out of 5 stars Son loved it
Reviewed in the United Kingdom on August 3, 2019
Verified Purchase
My son loved the book
Read more
Helpful
Sending feedback...
Thank you for your feedback.
Sorry, we failed to record your vote. Please try again
Report abuse

Ariane
5.0 out of 5 stars Satisfied customer!
Reviewed in Canada on December 10, 2018
Verified Purchase
No issues regarding the product
Read more
Helpful
Sending feedback...
Thank you for your feedback.
Sorry, we failed to record your vote. Please try again
Report abuse