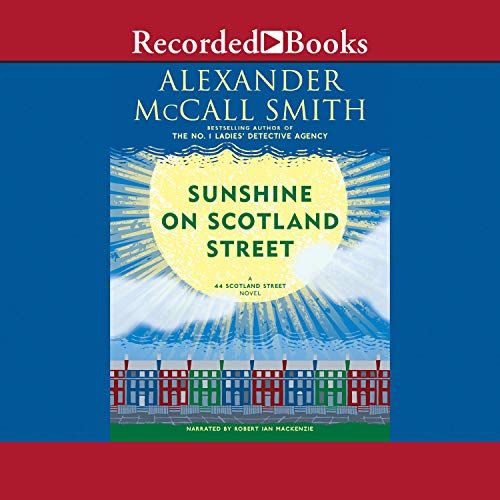 List Price: $21.35
You Save: $2.67 (13%)
By completing your purchase, you agree to Audible’s Conditions Of Use
Sold and delivered by Audible, an Amazon company
Share

4.5 out of 5 stars
4.5 out of 5
716 global ratings
How are ratings calculated?
To calculate the overall star rating and percentage breakdown by star, we don’t use a simple average. Instead, our system considers things like how recent a review is and if the reviewer bought the item on Amazon. It also analyzes reviews to verify trustworthiness.
Top reviews

C
5.0 out of 5 stars Lovely language
Reviewed in the United States on September 10, 2019
Verified Purchase
Another thing I like about these books is the language. The author -- calling him simply "Smith" just doesn't seem right -- uses lots of intriguingly esoteric words that I habitually pass over with only a vague understanding of their meaning. But now, with my kindle, I can easily look up the true meanings, and enjoy a very pleasant educational experience. Once, I thought I'd caught him using the word "occasion" incorrectly. However, his usage was vindicated by the fourth definition. It could be a stretch since this definition called for two subjects and he used three, but that's beyond me. He also, with great panache, makes free use of colons, semicolons, and all kinds of different phrases. I can't say whether his confidence is justified as my grammatical education was not that rigorous and I've long forgotten what I did learn. These days I stick to the lowly dash -- I don't think the pundits (hmm, should probably look that one up) have bothered making up too many rules for them. I don't worry about misusing parentheses -- that's just good fun. But to claim the high ground with colons and semicolons, and then have an error exposed would be more humiliation than I'm willing to risk I do admire his courage, and I can say that even though his sentences sometimes get very long, I never get lost.
Read more
3 people found this helpful
Helpful
Report abuse

Susan
5.0 out of 5 stars Alexander McCall Smith waxes eloquent, again, with philosophical sleuthing and gentle sarcasm about the fair folk of Edinburg.
Reviewed in the United States on August 22, 2014
Verified Purchase
I am a huge fan of Alexander McCall Smith's work, beginning with the Mmas Ramostswe and Makutsi running around the Botswanan bush and Gaboronne, trying to solve light-weight mysteries. Not long after reading The No. 1 Ladies Detective Agency series, I branched out to Mr. Smith's other novel series. I have never been disappointed with any of the tales and characters that he weaves together.

In this eighth book of the 44 Scotland Street series, the reader becomes quickly embroiled in the life and times of those honest, humble people of Edinburgh. Well, some of the characters are a bit over-proud of themselves but that helps create balance in the plot of this on-going tale of the inhabitants of 44 Scotland Street. This time, the marriage of Angus and Domineca is eminent and the whole ceremony is almost lost, due to Cyril's absentmindedness, until Matthew, his best man, cleverly and hilariously saves the day.

After the ceremony, the happy couple are poised to jet off for their Jamaican honeymoon. But what to do with Cyril, Angus's dog? An overjoyed Bertie is asked to mind Cyril, while the happy couple is away for three weeks, much to the consternation and distaste of his mother, the domineering Irene. Subsequently, Cyril is shunted from pillar to post, since Bertie's ability to take care of the dog at 44 Scotland Street is soon derailed by Irene, during one of her finer moments of being a self-absorbed, thoroughly modern mother.

We also revisit Matthew and Elspeth who are still adjusting to parenthood with their new triplets. The couple unwittingly get themselves into a film that is meant to depict the everyday life of Edinburgers. The filming goes awry but allows Matthew to reevaluate and justify his life. Once again, Big Lou waxes eloquent. Bruce who, in a daring doppelganger scheme, wins a very large lottery but, of course, his conscience is compromised when he has to share the take......which is definitely not his style.....however he's met his match with his neighboring twin.

There's little true mystery in this novel but there are several, worrying unusual conflicts that upset the everyday lives in and around 44 Scotland Street. As usual, Alexander McCall Smith waxes eloquent with this mildly, philosophical sleuthing, not to mention his skilled yet gentle sarcasm. His superb language skills and knowledge of many philosophical, ethical, social, political, historical and literary subjects is astounding. He is a gifted writer whose seemingly light weight novels are quite deeply gratifying, as they delve into the workings of the morally, or unmorally, informed players of his novels.

I've read almost 40 of his stories and I'm an Alexander McCall Smith junkie! I love his unusually quirky, philosophical and mildly sarcastic meanderings through wide variety of settings and characterizations. I can't wait for a new installment, in any of his novel series, to be published.
Read more
5 people found this helpful
Helpful
Report abuse

Just Me
2.0 out of 5 stars Tsk
Reviewed in the United States on April 3, 2015
Verified Purchase
I had an idea on how a conversation went between Smith and his editor while writing this particular book:
Editor: Smith?
Smith: Yes?
Editor: We need to put a bit more thrust in your latest book. You know, something that will broaden your audience.
Smith: Okay.
Editor: Let's say, for instance, we titillate the Gay community with some innuendo and such. Let's bring Bruce into the forefront - and a gay guy.
Smith: Okay.
Editor: Maybe we can sell even more books. What do you think?
Smith: Okay.

This book took a turn I wasn't prepared to make. I haven't finished it, and not sure I will. I'm not fond of being caught off guard by this author, whom I usually go to for solace and good clean fun.

I'm probably saying goodbye, Mr. Smith. You're heading into a direction that I won't be following. Thanks for the good years, tho. I hope your Africa series doesn't try to grab a new audience, too.
Read more
3 people found this helpful
Helpful
Report abuse
See all reviews

the_bald_man
3.0 out of 5 stars I love the Scotland Street series
Reviewed in the United Kingdom on May 26, 2017
Verified Purchase
I love the Scotland Street series, but I felt this was the weakest of them all. That's not to say I didn't enjoy the book as whole, I did, I just found the situation with Bruce and his doppelganger implausible and rather tedious, and I didn't really get the point of Matthew and the Danish documentary maker. It felt like AMS had rather run out of ideas, and wasn't really sure where the story was going.
That said, the series remains one of best things I have read in many years, and my gripes didn't stop me from enjoying it.
Read more
2 people found this helpful
Report abuse

Monosabio
4.0 out of 5 stars Quality writing - weak storylines
Reviewed in the United Kingdom on December 4, 2020
Verified Purchase
As in all the Scotland St novels, the quality of the writing exceeds the quality of the plot. The characterisation is excellent but, whilst I can accept some of the more fanciful stuff normally and am happy to suspend belief whenever necessary, the Bruce/Jonathan situation was awful, and required a combination of speed-reading and pure ignoring to get through. So not my favourite in the series but still 80% was quality.
Read more
Report abuse

talmine
5.0 out of 5 stars Another MUST BUY from Mcall Smith
Reviewed in the United Kingdom on May 25, 2013
Verified Purchase
I downloaded this as soon as it became available because I am a fan of the author and all his Edinburgh novels (especially those about Isabel Dalhousie). I wasn't disappointed, except perhaps that Bertie is still only six years old. (In this respect I can
understand why one of the reviewers thinks this latest story is treading water.) On the other hand the author breaks new ground
with the return of the self admiring Bruce, and in quite a novel way. I note that the majority of the reviewers have rated it 5 stars and that must surely mean it is a 'must buy'.
Read more
One person found this helpful
Report abuse

Red Oranda
2.0 out of 5 stars Bertie's Problem
Reviewed in the United Kingdom on June 4, 2013
Verified Purchase
I have read all of the 44 Scotland Street novels and mostly I have enjoyed them. I like the mix of characters and their various attitudes to life. They seem very real and some you feel for and others you find objectionable. However, this is the last of the series that I will be reading. The reason for this decision is wee Bertie’s worsening problem – like Peter Pan all those folk in his life are getting older, but Bertie is stuck in the time warp of being forever six years old. Early in the book the repugnant Bruce remembers that he lived in Scotland Street ‘some years ago’. Bertie was six years old then, and he has not aged over that period. Bertie’s mother, Irene, points out to Bertie that the kitchen has to have a clean floor because his baby brother likes to crawl there. That means that the baby is now six months old, so that and the nine months of Irene’s pregnancy means that Bertie has aged fifteen months the since conception of his sibling. So Bertie would now be over seven years old, but he is still only six and his younger brother is catching him up age wise. Elspeth was Bertie’s teacher and he was one of the children present at her wedding, but we read that she has been married ‘a couple of years’; time has stood still for Bertie yet again. So for the reason of Bertie’s being six years old forever predicament, this is my last book in the 44 Scotland Street novels and the reason I won’t read any more of them. JK Rowling’s Harry Potter characters all aged mentally and physically as the saga progressed, that is one of the reasons for their success. Fiction, even fantasy, has to have a sense of reality after all.
Read more
One person found this helpful
Report abuse

Sarah-Jane Verity
5.0 out of 5 stars Sunshine on Scotland Street
Reviewed in the United Kingdom on August 26, 2012
Verified Purchase
Alexander McCall Smith writes again. This novel is full of beautifully drawn characters who have a life of their own. One can see them and hear the way they speak. They are so real that, for example, one's blood pressure rises on reading about Irene's treatment of that poor little boy, Bertie. One feels as if the characters were old friends whom One would recognise in the street. This is a relaxed and dreamy book, with a few surprises on the way to a believable but not quite tidy ending. I thoroughly enjoyed this latest and was quite cross when I had finished it. Another, please, and quickly.
Read more
10 people found this helpful
Report abuse
See all reviews
Back to top
Get to Know Us
Make Money with Us
Amazon Payment Products
Let Us Help You
EnglishChoose a language for shopping. United StatesChoose a country/region for shopping.
© 1996-2021, Amazon.com, Inc. or its affiliates