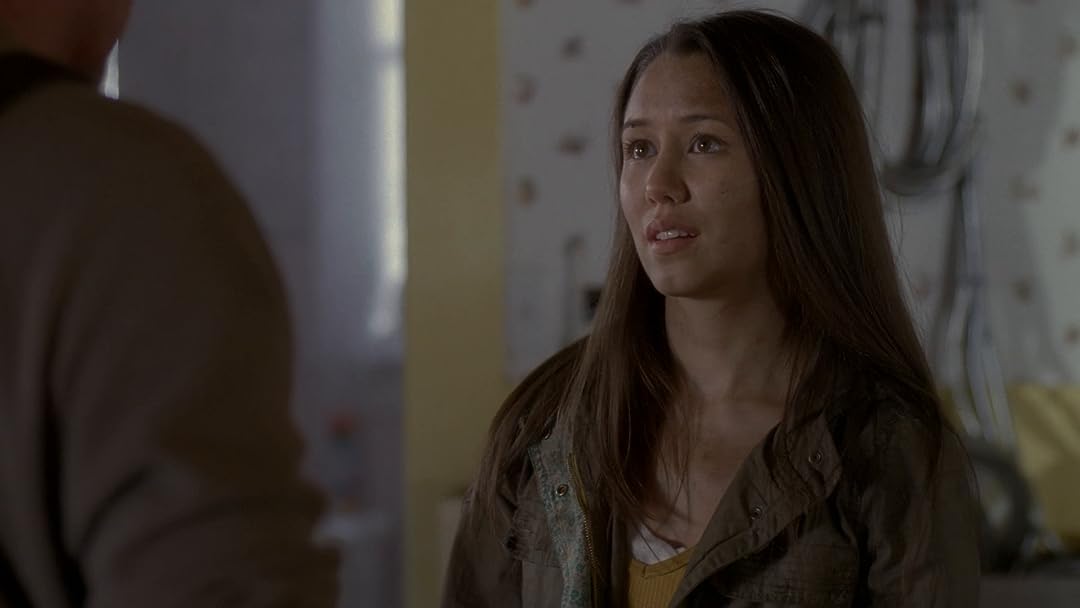 TomReviewed in the United States on January 14, 2021
4.0 out of 5 stars
It was entertaining enough
Verified purchase
It was refreshing to find a weather disaster flick that was not based on the horrors of global warming. If you're able to suspend your disbelief in the premise, the acting isn't bad and the special effects are good for a laugh. If you are a fan of Bmovies, I do just recommend a rental, not a purchase.
2 people found this helpful

Amazon CustomerReviewed in the United States on July 19, 2015
5.0 out of 5 stars
The Day Saturn's Red Twister Came To Visit Earth
Verified purchase
I forgot about this SyFy Channel movie and was surprised to find this film on Amazon Prime Instant. The what if the storms that are on Saturn were to come to Earth and what would happen to life as we know it. The special effects were outstanding in how a Red Twister would come alive and destroy all living matter and buildings and so on came across with such uncanny believable realism. If I did not know better I would think the special effects creator had visit the giant Red planet in their spare time. Even though this is SyFy channel TV movie the story line and acting by all was quit well and not stiff and robot like in some movies with young or under train actor and actresses. You will not be bored and will find yourself on the edge of your seat with the roller coaster ride wild ride that five people will keep you on as they must all somehow survive the Red Twister full of self generating deadly lighting strikes that feeds on all matter while trying to recreate another Red Planet, another Saturn. They are Earths only hope for survival.
5 people found this helpful

M. E. NewellReviewed in the United States on November 27, 2014
3.0 out of 5 stars
A Okay Movie
Verified purchase
Somewhere in America three teenagers and one who writing a story for the school newspaper are spending there Saturday on detention on the one day that the Earth is being hit by some crazy storm that is killing people. Of course, one of the students have an idea of what is happening and her dad just happens to be building a rocket that can be used to fix everything. The question become who will be killed by the lighting before they can save the Earth.
"Super Storm" is a decent disaster movie with a bunch of characters who you just know that are not going to make it the end alive. A one of the them is going to make supreme sacrifice to save everyone (I kind of knew by the middle who that was going to be.) But overall "Super Storm" was an okay movie but not a keeper.
4 people found this helpful

Rangers Reviewed in the United States on November 16, 2020
5.0 out of 5 stars
Great movie
Verified purchase
When you order a movie you expect it to be good. This one was no different and it did not disappoint.
2 people found this helpful

Brian FReviewed in the United States on May 22, 2021
4.0 out of 5 stars
Not awful
Verified purchase
I am a disaster movie junkie. Bought about ten last week. Six were absolutely dreadful. Two were quite good. Two were moderately decent. This was moderately decent. Dubious science, okay script, tolerable acting, and credible special effects. It actually did build a certain level of tension within the confines of some standard stereotypes. Recommended for the utterly degenerate disaster addict with low expectations.

MarieReviewed in the United States on August 15, 2021
3.0 out of 5 stars
Mildly entertaining
Verified purchase
It's too bad when they kill off main characters when the whole thing is unrealistic. Why not have happy endings for all the likable, deserving characters?

Amazon CustomerReviewed in the United States on August 19, 2021
3.0 out of 5 stars
I seen this movie before.
Verified purchase
I did'nt care for it because I seen it already before I orderd. May be someone else may like this movie.

EinsatzReviewed in the United States on September 5, 2014
4.0 out of 5 stars
"What kind of parent doesn't know their son is a genius?"
Verified purchase
This disaster flick takes place in a small-small town where few people are seen while untold millions are killed off-screen via hearsay (New York, Boston, and Washington DC). Of the already miniscule cast, few survive. The scenes jump rapidly from enclave to enclave dealing with a barebones assessment of family dynamics, 2 bickering scientists with a single clue, and the suspect friendships among a tiny group of teens stuck in detention. The man in charge of these teens, including his son, proves an unerring lack of good judgment as the movie progresses. As with most movies like this, science terms are bandied about like they're going to mean anything to those of us who are just looking for action, suspense, and yes, a lot of crazy destruction (it doesn't qualify as a disaster flick if something doesn't get destroyed). In this case, buildings are reduced to nothing in the blink of an eye, people too. But it's not nearly enough devastation to justify their chatter about worldwide obliteration. (Truthfully, when they started yapping about some `destruction particle' and some foo-ton or was that futon, phooey-ton-ton-tooey-something........... I began to lose interest.) At least it rushed the plot along at a goodly pace, enough so you don't notice the obvious improbabilities like a plane crashing at a convenient location so the detention dad (David Sutcliffe) can just happen to be in the area at the perfect moment to move the plot along to the next obvious point (it felt less like a plot and more like a check list at that juncture). Still, there's enough goofy charm amongst the small cast to make things interesting. I liked it. I'd watch it again someday. I just don't want to have to feel like I need to study up on Jupiter in order to get what's going on.
3 people found this helpful
See all reviews
Back to top
Get to Know Us
Make Money with Us
Amazon Payment Products
Let Us Help You
EnglishChoose a language for shopping. United StatesChoose a country/region for shopping.
© 1996-2021, Amazon.com, Inc. or its affiliates