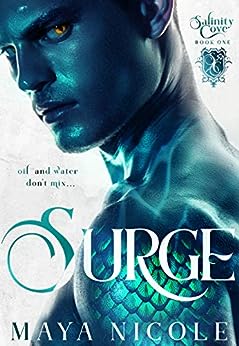 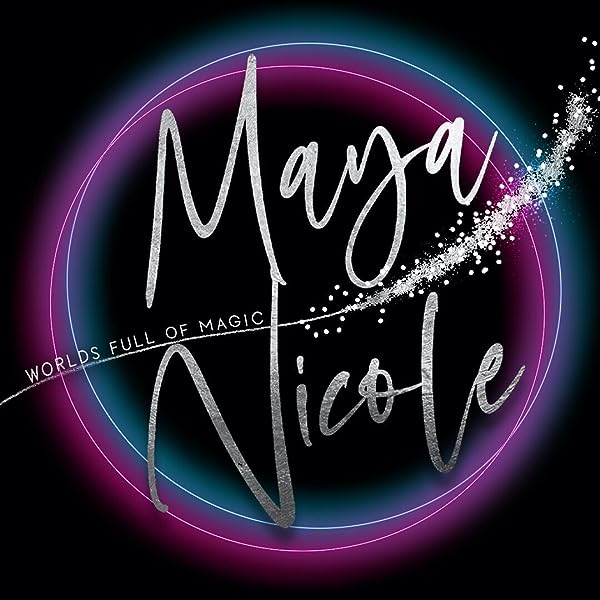 I made it until senior year virtually unscathed until the oil spill by Kline Industries changed everything.

No one cared about my name until now. Now, a group that has dubbed themselves the Tritons, hate that my father is Robert Kline, the owner of Kline Industries.

They swim their way into the hearts of every girl at Salinity Cove High. But not me.

They want to destroy me.

But I know their secret... and they know mine...

Series is complete! Surge is a reverse harem, mature high school/new adult bully romance told in multiple POVs. There is only bullying in book 1. It contains mature scenes and language.

Maya Nicole is an International Bestselling Author of reverse harem romance novels. She has always loved reading and writing and enjoys being able to share that love to others.

To stay up to date on release dates and sneak peeks please check out her Facebook group: https://www.facebook.com/groups/mayanicoleauthor/

4.4 out of 5 stars
4.4 out of 5
178 global ratings
How are ratings calculated?
To calculate the overall star rating and percentage breakdown by star, we don’t use a simple average. Instead, our system considers things like how recent a review is and if the reviewer bought the item on Amazon. It also analyzes reviews to verify trustworthiness.

Ray
1.0 out of 5 stars Big bad
Reviewed in the United States on August 15, 2020
Stopped reading when rich black boy was pulled over for being black.
I gave this book a try cause mer. Bully sounded unique. I said ok to the big bad oil company killing the whales and so forth . Accepted that a extremely rich oil man would bail and run from a clean up. Pretended that of course the worse the mer. Ocean living men would ever do bully wise to her was a little mind scare and oily fish to push home their demands.... The theme here is preachy and pushes a one sided story we read in news everyday.if this is what the writer was going for the story needed to be better ...cause it was not. It took a platform,soap box and started shouting from the roof tops. But had to go further than bad oil killing the ocean and put in racism. ..yep we went there. If I wanted to read about this I wouldn't be reading fiction. This got good reviews and if had been more interesting and twisted it might have pulled it off for me . But making the boys slightly bullies to make it fit your ocean good oil bad kinda just pissed me off .Then you made one of the mer. Boys a bigger victim of being black and bad cop ( being a news theme today) treating him unfairly cause of color just did it in for me. I am family with close mixed races ( one being my two granddaughters) and to add the cop scene was just pure inflammatory.
Will not be reading anymore of these .
Read more
38 people found this helpful
Helpful
Report abuse

Claudia C.
5.0 out of 5 stars I had this
Reviewed in the United States on February 16, 2021
Verified Purchase
I had this book for months sitting snuggly in my TBR Kindle page. I bought it for the cover, because I'm weak like that, but was afraid I would be disappointed in the book, don't ask me why don't know....

So I finally started it and I bought the whole series in paperback half way through, I'm in love with this book and yes it's bully romance I think but not really but yeah really and it's fantasy or paranormal, I don't know it's amazing! We still don't really know what they are and what is happening, but Riley is alone and nobody knows why even at the ending you don't know why and are left with a killer cliffhanger.

I highly recommend this one.
Read more
One person found this helpful
Helpful
Report abuse

Hope Leslie (Charlotte)
5.0 out of 5 stars Surge
Reviewed in the United States on May 11, 2021
Verified Purchase
Maya Nicole knows how to write very good stories. You get caught up in what is happening and do not want to stop reading.
This story is about a seventeen year old girl that gets dragged into a situation that her father caused. He has been out of her life since a baby and only her mom has been there for her. Her name is Riley and she finally realizes her mom has disappeared. Everything is going wrong for Riley and she does not know how to got the attention of the Tritons at school. They are on the swim team and their families have money.
So much drama and suspense throughout the book.
Read more
One person found this helpful
Helpful
Report abuse

Kindle Customer
5.0 out of 5 stars First book read by this author
Reviewed in the United States on August 14, 2020
Verified Purchase
Oh, the cliffhanger! The next book won't come soon enough. Great plot, character development, and enough suspense to keep me flipping through the pages. Definitely a must read.
Read more
4 people found this helpful
Helpful
Report abuse

Krystal Weir
5.0 out of 5 stars Wow!
Reviewed in the United States on December 7, 2020
Verified Purchase
I bought this on a whim from a facebook ad. It sounded interesting. I was not prepared for how much I loved it. I started and finished it the day it came in the mail. I loved the story and the characters. I was worried that every page was going to be dripping in sex, and was thankful it wasn't. Don't get me wrong there was plenty of sexy, but there was also a wonderful foundation. A story that I wanted to read, not just filler between sexy scenes. I immediately bought books 2 and 3. I can't wait!
Read more
One person found this helpful
Helpful
Report abuse

Bria
5.0 out of 5 stars Love the book, Cliffhanger
Reviewed in the United States on September 2, 2020
Verified Purchase
I love Maya Nicole and devour her books like they are my life force. I love Riley. I love the men in her life! Cliffhanger ending and am anxiously awaiting book 2!!!
Read more
One person found this helpful
Helpful
Report abuse

Kat
5.0 out of 5 stars Unexpected..!
Reviewed in the United States on December 7, 2020
Verified Purchase
I bought this on a whim after reading a glimpse of the book on a facebook ad. It sounded interesting and I was not prepared for how much I ended up loving it. I started and finished it the same day I download it and I immediately bought the next two books!
Read more
One person found this helpful
Helpful
Report abuse

April McDermitt
5.0 out of 5 stars What a ride
Reviewed in the United States on March 25, 2021
Verified Purchase
Wow. So first I loved the FMC. Her attitude and didn't take crap. The whole story was very believable and well done. So many feels for all the characters and what's going on. I can't wait to see what happens next!
Read more
Helpful
Report abuse
See all reviews

Huntress1717
5.0 out of 5 stars Worth the read! ❤
Reviewed in Australia on September 2, 2020
Verified Purchase
This book is fantastic. I hatelove this book so much. There are parts where it's like nooooo. And then there are parts where you go yesssssss. One the best RH books I've ever read.
Read more
Report abuse

Sunshiny100
1.0 out of 5 stars Horrible
Reviewed in Germany on May 4, 2021
Verified Purchase
not for me
Read more
Report abuse
See all reviews