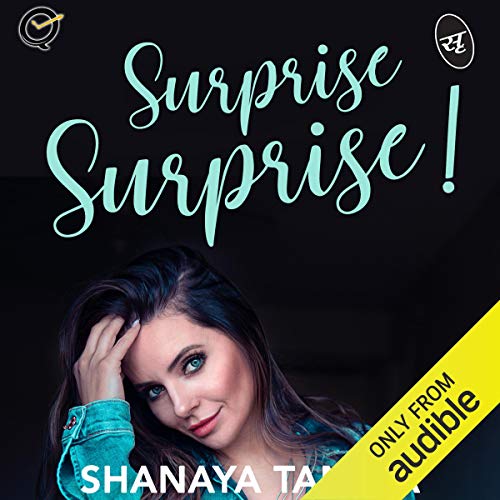 It’s Shanaya’s anniversary with her boyfriend. He has planned a special surprise, and he wants to keep it that way - a surprise! However, Shanaya wants to know more, and on her insistence, he eventually reveals his plan to her. The surprise is a vacation in Vietnam: a luxury resort, a couples massage, a movie followed by dinner at the beach and then screw-their-brains-out sex in the hotel room overlooking the sea. She seems happy with his plans initially, but things start to change the moment they land in Vietnam and reach the hotel. They are greeted by two girls, Kim Ly and Nhu, who give them the couple's massage. Shanaya notices that her boyfriend has enjoyed the massage more than she did. She teases him regarding the same.

They walk back to their room after dinner, hungry for each other. They start making love right from the moment they enter the hotel room. Shanaya wants to kiss him more, but he seems a little different today, as if purposely resisting her charms. This only makes her hungrier. Teasing and tempting him, she finally makes him say those words: ‘I want you! Shanaya...’ followed by more kissing. He then proceeds to ask for her permission to taste her, which she gladly grants. As he goes down on her, Shanaya moans with pleasure till she reaches her extremity. They lay there, still drowned in the sensation. Then she walks away from him, turns around, pulls something out of her Gucci bag and says, ‘Now it’s my turn. I, too, have a surprise for you.’

Disclaimer: This show is intended for Adult Listeners. Listener's discretion is strongly advised.

Audible Holiday Deal
Join Audible Premium Plus for 60% off. Only $5.95 a month for the first 3 months. Get this deal
By completing your purchase, you agree to Audible’s Conditions Of Use
Sold and delivered by Audible, an Amazon company
Share

3.4 out of 5 stars
3.4 out of 5
6 global ratings
How are ratings calculated?
To calculate the overall star rating and percentage breakdown by star, we don’t use a simple average. Instead, our system considers things like how recent a review is and if the reviewer bought the item on Amazon. It also analyzes reviews to verify trustworthiness.
Top reviews

M Carlton
1.0 out of 5 stars Laughable
Reviewed in the United States on August 13, 2020
Verified Purchase
I thought this was a little short fluffy romance novella, no. It is a sad attempt at raunchy or trashy romance, and I laughed out loud at the absurd language. Terrible storyline, terrible voice acting, terrible period. Deleted from my library and I will attempt to wash the memory from my mind.
Read more
Helpful
Report abuse
See all reviews
Back to top
Get to Know Us
Make Money with Us
Amazon Payment Products
Let Us Help You
EnglishChoose a language for shopping. United StatesChoose a country/region for shopping.
© 1996-2021, Amazon.com, Inc. or its affiliates