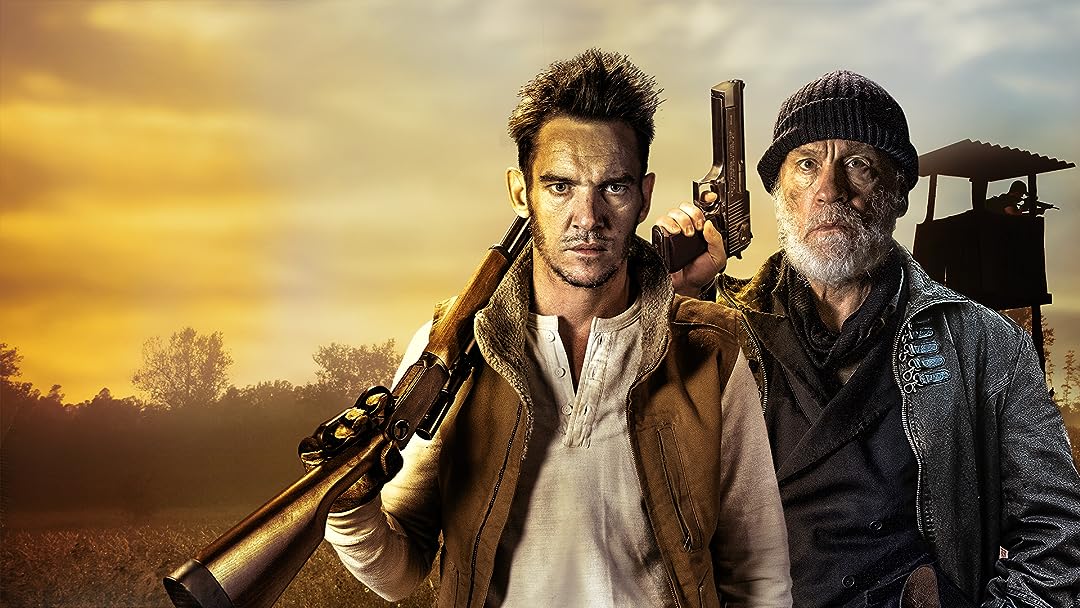 (716)
1 h 30 min2021R
In a world where a viral outbreak has brought civilization to its downfall, a former FBI agent sets out to protect a woman who is immune to the disease from a gang leader hunting her down.

ErikReviewed in the United States on November 14, 2021
1.0 out of 5 stars
This is the worst movie ever made
Verified purchase
While I had the great misfortune of paying nearly seven dollars to see this dumpster fire of a movie, you have decided to read reviews. You’ve made the correct choice. I beseech you, believe me when I say, if a magical being were to appear to me and offer unlimited wealth and prosperity contingent upon me rewatching this movie, I would refuse outright. This movie is an absolute travesty and a heinous and unforgivable insult to the film industry. I don’t want to understate this, so listen closely. Due to the amount of absolute abject bat guano this movie is in every regard imaginable, I am undergoing an existential crisis. How did every line fall flat? Why were the action scenes so corny and unconvincing? Was the dialogue written by a wombat? How could a human film director produce something this jaw-droppingly misguided? Is this the definition of hallucinatory idiocy? After subjecting myself to this, l am not sure I will ever be find a joy from watching any film hereafter. That’s right. This movie is so bad that I am deeply considering never watching a movie again. Lock it in a vault and throw away the key, then cast the vault into the fires of mount doom.
36 people found this helpful

Ron QReviewed in the United States on October 8, 2021
1.0 out of 5 stars
Don't. Just Don't.
Verified purchase
Sadly, this film does not reach the bar of a student film. The opening shot/sequence and the first lines of dialogue will tell you all you need to know about what's to come. Watch "Children Of Men" again, even if it's your 5th time. I'm sorry John Malkovich. Very sorry. I can only imagine that you are (or were) related to one of the filmmaker/s. Or you did someone a huge favor. The best part of this film is that someone wrote a check and people got paid.
20 people found this helpful

Sun DancerReviewed in the United States on November 13, 2021
1.0 out of 5 stars
Really? John?
Verified purchase
I gave this film ten minutes and that was too many. I rented it (seven dollars!) based on my appreciation of Malkovich's work, so seeing him in what appears to be a failed student film is beyond disappointing. First, dreadful, clumsy screenwriting. Second, fourth-rate acting. Third, excuse me, is a ten-year-old holding the camera? Fourth, is there a director? Fifth, maybe get an editor? and sixth: "Walking Dead meets Handmaid's Tale to shoot craps. Everybody loses. Do NOT waste your money.
14 people found this helpful

bluesyReviewed in the United States on November 22, 2021
1.0 out of 5 stars
Potential but fell short
Verified purchase
This movie had potential. Yes, it closely follows other apocalyptic themes but it could have been entertaining, had the directors/writers simply watched one season of the Walking Dead. Lets start with the FBI guy's sole purpose was to teach land navigation. While I'm sure this is a skill set taught at the academy, having one instructor for that sole purpose is not cost effective. So, he initially engages the attackers at the entrance to his land. He intentionally does this, but he does so lightly armed and with no plan to retreat to his home. When his rifle and pistol are out of ammo he throws them away. Lets next talk about his leap from the barn balcony onto the back of an arm attacker, then losing his own gun in the struggle. Simple tactics, you have a gun so shoot the bad guy. How is this gunfire not heard by the other two in the field? Loses his gun again fighting the second attacker and again almost gets his butt kicked. Not surprising, when he surprises the third attacker; a female, he again attempts to physically subdue her and almost gets his butt kicked. Then, magically he knows the fourth attacker is in the deer stand, so he all RAMBO walks towards him and with all the speed of smell, is missed repeatedly. He then decides to burn the deer stand down, allow the fourth guy to climb down, then have a debate and final quick draw. Stupidity continues up to the final guy. Why did John Malkovich agree to this role? Should have taken a lesson from Rick Grimes; shoot first talk second. Yes, I watched it till the end hoping for some glimmer of improvement but was disappointed.
11 people found this helpful

Dave MReviewed in the United States on November 6, 2021
1.0 out of 5 stars
Horrible - Don't Waste Your Money!
Verified purchase
Malkovich must be hurting for roles or money and I hate to think that. In reality the movie content had nothing to do with the title! There's nothing related to a theme of a "survivalist!" The sub title, ordinary man, extraordinary arsenal... LOL, not even close there either.

I love Malkovich and Myers I think is a decent actor. I rented not expecting an outstanding movie but at least something entertaining as I'm up on all current movies. What a mistake. It was a pitiful movie. Terrible acting from the cast, lackluster and in fact almost non existent storyline, the movie was worse than even a B movie.

Don't waste your time, there are plenty of other movies available to rent or buy.

G.A. WellsReviewed in the United States on December 14, 2021
1.0 out of 5 stars
Malkovich hits rock bottom in this.
Verified purchase
I'm resentful that I spent $4 on this horrible movie. I read some of the reviews and then I STILL rented because apparently I'm a moron. Trust the bad reviews, don't say to yourself, as I did, "But, John Malkovich is in it! How bad could it be?!" The answer is REALLY HORRIBLE. Crappy acting, crappy script, embarrassing gun handling & laughable fight scenes. I can only imagine that someone has some dirt on Malkovich & blackmailed him to get him to be in this steaming pile of guano. (Actually, worse than guano, since guano can be useful).
9 people found this helpful

Marcus okutsuReviewed in the United States on December 12, 2021
1.0 out of 5 stars
This Movie Gave Me 'Rona Omicron Delta Plus
Verified purchase
Honestly, I was hyped at the story and seeing John Malkovich in The Survivalist. But..... my enthusiasm quickly faded as I began watching what could only be summed up to be: as an overpriced student movie, written by student writers, with a student director, student producers, and the earned grade by all participants was an F.
I hardly feel the need to comment or review movies, but this was that BAD. The actors looked bored, unenbracing of the story/character, or maybe even inebriated in an attempt to console themselves to the fact that their agents have screwed them over so hard with this movie, that they sometime appear catatonic. The writing was choppy without natural flow for action or dialogue. This all forced the drawn out sequences and horribly cut scenes going back and forth to try to impart "drama" and "intensity." I really didn't want to cap on the director, hard to come up with great scenes from horrible writing. But the thing is, instead of using the simplicity in the writing to their advantage, they decided that lack of input from the writer must mean that they couldn't inject any creativity. And this all comes to the producers, because production quality in any aspect was gawd awful. Seriously, where can I find these financiers for all these bogus movies? I got a couple screenplays that I'd like to sell you...😉
7 people found this helpful

Paulette BinionReviewed in the United States on December 6, 2021
1.0 out of 5 stars
I'm too old to have wasted this much time on a dud
Verified purchase
I LOVE Malkovich and am also a fan of Rhys (Henry VIII), and I watched the entire thing, but DANG. First of all, Covid-19 ain't all that. It's the flu and mainly kills the elderly (which I am) and those with underlying health issues (like obesity), so that idea was majorly flawed (people dropping dead like flies). The acting (by Malkovich's gang) was horrible and the only thing I gleaned from this is that I need more ammo.
7 people found this helpful
See all reviews
Back to top
Get to Know Us
Make Money with Us
Amazon Payment Products
Let Us Help You
EnglishChoose a language for shopping. United StatesChoose a country/region for shopping.
© 1996-2022, Amazon.com, Inc. or its affiliates