You've subscribed to I Survived! We will preorder your items within 24 hours of when they become available. When new books are released, we'll charge your default payment method for the lowest price available during the pre-order period.
Update your device or payment method, cancel individual pre-orders or your subscription at
Your Memberships & Subscriptions
There was an error. We were unable to process your subscription due to an error. Please refresh and try again. 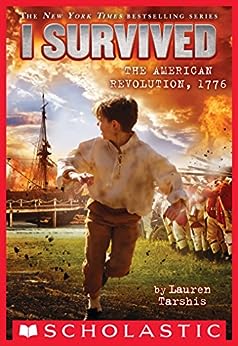 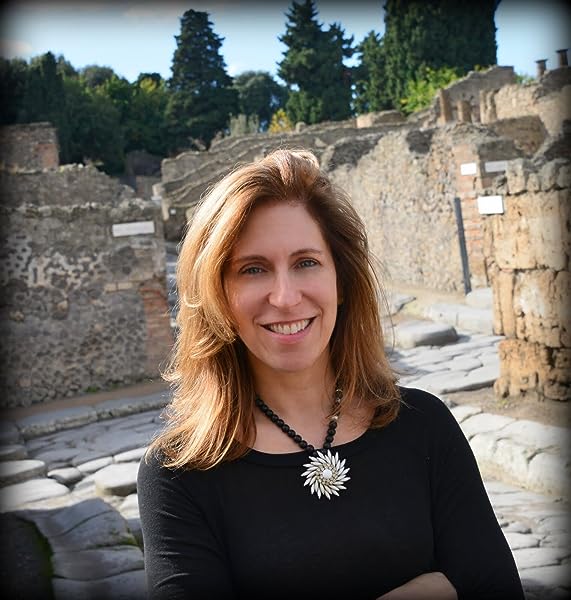 I Survived the American Revolution, 1776 (I Survived #15) Kindle Edition

British soldiers were everywhere. There was no escape.Nathaniel Fox never imagined he'd find himself in the middle of a blood-soaked battlefield, fighting for his life. He was only eleven years old! He'd barely paid attention to the troubles between America and England. How could he, while being worked to the bone by his cruel uncle, Uriah Storch?But when his uncle's rage forces him to flee the only home he knows, Nate is suddenly propelled toward a thrilling and dangerous journey into the heart of the Revolutionary War. He finds himself in New York City on the brink of what will be the biggest battle yet.
--This text refers to the paperback edition.

Bestselling author Lauren Tarshis tackles the American Revolution in this latest installment of the groundbreaking, New York Times bestselling I Survived series.
--This text refers to the paperback edition.

Lauren Tarshis's New York Times bestselling I Survived series tells stories of young people and their resilience and strength in the midst of unimaginable disasters and times of turmoil. Lauren has brought her signature warmth and exhaustive research to topics such as the battle of D-Day, the American Revolution, Hurricane Katrina, the bombing of Pearl Harbor, and other world events. She lives in Connecticut with her family, and can be found online at laurentarshis.com.
--This text refers to the paperback edition.

Praise for I Survived The Sinking of the Titanic, 1912:


Praise for I Survived The Shark Attacks of 1916:

"A gripping story that will hold the interest of reluctant readers. " -- School Library Journal


Praise for I Survived Hurricane Katrina, 2005:

"Expressive illustrations capture the drama of the storm and its aftermath, but the book's real power comes from its exploration of what it means to be a hero." -- Booklist


Praise for I Survived The Battle of Gettysburg, 1863:


Praise for I Survived The Destruction of Pompeii, AD 79:

"Tarshis serves up another gripping adventure... with the light-speed pacing and death-defying maneuvering fans have come to expect." -- Booklist

Gr 3–5—As with other historical events covered in the series, Tarshis focuses on one specific character and a limited time frame in order to make the story manageable for readers who may lack background knowledge. Orphaned Nathaniel Fox, 11, is living with his uncle in Connecticut in 1776. Uncle Storch is a Tory and a Northern slave owner. In an author's note, Tarshis explains that 40 percent of people in Connecticut in 1776 owned slaves. When Uncle Storch threatens to beat a young enslaved boy named Theo, Nate diverts his uncle's anger to himself, then runs away. He stows away on a merchant vessel with the idea of getting to New York City and becoming a ship's cabin boy. Instead, he ends up in a military camp, with American soldiers preparing to do battle with British forces. While Nate knows that a war is occurring, like many people, he is not highly interested or informed until it touches him personally. Reunited with a former employee of his father's, Nate fights in the Battle of Brooklyn in August 1776. After his adventures with the Continental Army, Nate learns that his uncle died, leaving Nate as his sole heir. The boy eventually returns home to free Theo and his mother. Tarshis successfully blends historical fact with an involving narrative. VERDICT Purchase where the series is popular. This would also be useful as a supplementary resource for studies of the American Revolution.—Lucinda Snyder Whitehurst, St. Christopher's School, Richmond --This text refers to the library edition.
Read more

Lauren Tarshis often wonders how she came to spend most of her waking moments thinking about disasters, as the author of the children's historical fiction series "I Survived." Each book takes readers into the heart of history's most thrilling and terrifying events, including the sinking of the Titanic, the Shark Attacks of 1916, Hurricane Katrina, the bombing of Pearl Harbor, the San Francisco earthquake, 9/11, the Battle of Gettysburg and many more.

Lauren conducts extensive research to bring her topics to life. She has traveled to most of the locations where her books are set. Her goal is to open readers' eyes to new chapters in history and to inspire them with stories of hope and resilience.

Lauren is also the author of the the award-winning Emma-Jean Lazarus Fell Out of a Tree, and is the editor of Storyworks Magazine.

For more information about Lauren, go to www.LaurenTarshis.com

To learn more about Storyworks, www.scholastic.com/storyworks

4.8 out of 5 stars
4.8 out of 5
2,740 global ratings
How are ratings calculated?
To calculate the overall star rating and percentage breakdown by star, we don’t use a simple average. Instead, our system considers things like how recent a review is and if the reviewer bought the item on Amazon. It also analyzes reviews to verify trustworthiness.
Top reviews

Greg V.
3.0 out of 5 stars Too graphic for a 2nd grader
Reviewed in the United States on December 18, 2019
Verified Purchase
Purchased for my eight year old (2nd grade) grandson. I want to instill a sense of patriotism and love of country in him. Knowing our country’s history is a good place to start. I read the book before giving it to him. Really glad I did. In my opinion, the content is too graphic and intense for this age group. He won’t be getting this book for at least three more years. I’m going to stay with more uplifting and fun content in books for awhile. Kids have enough to worry about just growing up.
Read more
12 people found this helpful
Helpful
Report abuse

RA
2.0 out of 5 stars Not age appropriate
Reviewed in the United States on November 13, 2020
Verified Purchase
Wow... definitely not age appropriate according to the recommendations. My son is 8 & I’m so thankful I previewed the book first before giving it to him. The first page was horrendous. Not something you want your young child reading unless you want them to have nightmares.
Read more
6 people found this helpful
Helpful
Report abuse

S.A.Johnson
5.0 out of 5 stars Great Historic Fiction
Reviewed in the United States on May 15, 2019
Verified Purchase
My 9 year old has read several books in the series and really enjoyed them, so I decided to purchase this one for our home school studies on the American Revolution. This book is truly praiseworthy! There were so many details included from the time period; it gave us many historic ideas to discuss. The storyline truly grabs the attention, and the author's viewpoint is neither too liberal, nor too conservative, yet very patriotic. I will be purchasing the Gettysburg book for our Civil War unit.
Read more
5 people found this helpful
Helpful
Report abuse

R & the triplet's Grandma
5.0 out of 5 stars Our 9-year old triplet boys love this entire series.
Reviewed in the United States on April 13, 2018
Verified Purchase
The identical triplet grandsons are nine years old now. They found this series of books in the school library. We were talking one afternoon and one asked me if I had any of these book for them to read. I didn't. A asked if I could get the entire series for him. Grandma did, but he has to share. Now they have their noses buried in the books - reading each one multiple times. I'm happy that they are re-reading them because A had failed to tell me that he had already read 9 books in the series.
Read more
3 people found this helpful
Helpful
Report abuse

RR
5.0 out of 5 stars Buy! You’ll thank me!
Reviewed in the United States on September 14, 2019
Verified Purchase
Bought some and after reading first couple with my 6-7 year old we ordered everyone from the series. Such a great read for young children. Really fun and enjoyable but about true events. Great history lesson and makes learning fun. My son couldn’t wait to start the next one. Highly recommend for any young reader. If you’re not sure about it I’m telling you that you’ll
Thank me after you read the first one. They are all fantastic!

Amazon Customer
5.0 out of 5 stars Well Written.
Reviewed in Canada on June 1, 2019
Verified Purchase
I love disaster movies as long as they don't happen where I live. I really enjoyed this book series.
Read more
Report abuse

Annette Wong
5.0 out of 5 stars Great story
Reviewed in Canada on June 19, 2020
Verified Purchase
My boys love the book, they have been reading it for couple of times. Looking forward for the new books.
Read more
Report abuse

Amazon Customer
5.0 out of 5 stars As described
Reviewed in Canada on May 17, 2021
Verified Purchase
As described. Arrived on time.
Read more
Report abuse