Surviving the Evacuation, Book 16 and millions of other books are available for Amazon Kindle. Learn more
Share <Embed> 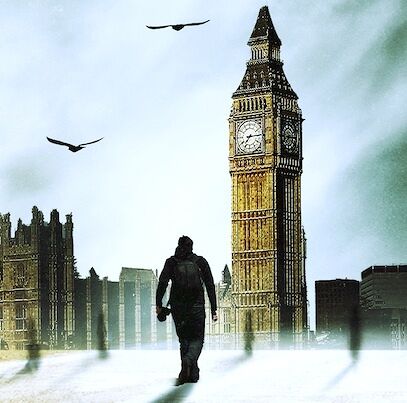 by Frank Tayell (Author)
4.8 out of 5 stars 418 ratings
Book 16 of 18: Surviving The Evacuation
See all formats and editions
Sorry, there was a problem loading this page. Try again.
Read more Read less
Previous page
Next page

Page 1 of 1 Start overPage 1 of 1
Previous page
Next page
Start reading Surviving the Evacuation, Book 16 on your Kindle in under a minute.

4.8 out of 5 stars
4.8 out of 5
418 global ratings
How are ratings calculated?
To calculate the overall star rating and percentage breakdown by star, we don’t use a simple average. Instead, our system considers things like how recent a review is and if the reviewer bought the item on Amazon. It also analyzes reviews to verify trustworthiness.
Top reviews

Amazon Customer
4.0 out of 5 stars On Frank Tayell's Surviving the Evacuation, Book 16: Unwanted Visitors, Unwelcome Guests
Reviewed in the United States on August 1, 2019
Verified Purchase
Tayell scored another hit with this volume of the Surviving the Evacuation series. I do think a reader would need to read the previous volumes (recently would be best) to understand the characters, their losses, and their world. Human nature hasn't changed, however, not even in a zombie apocalypse.
The important characters have remained the same but less in the foreground this time, other than Chester, Nilda, Sholto and Bill. Other characters are focused more now, like Scott Higson and Sorcha Locke. I like the change in focus and the zombie fighting and escaping from in this book. The evolution of the power groups, whether rising or falling, has been fun to watch.
I maintain a reader would need to read the earlier volumes to really appreciate this book, but I always recommend the entire series because it is such a fun read with characters I like to cheer on or like to hiss at. Tayell doesn't let me down in any of the volumes, but this one is pivotal in the final directions the series can go.
Read more
One person found this helpful
Helpful
Report abuse

Denise F.
5.0 out of 5 stars Like A Skipping Stone
Reviewed in the United States on July 28, 2019
Verified Purchase
I liked that this book touched on all the European groups of survivors. Kind of like a skipping stone we got to visit with the now familiar "friends".

I really tried to make the book last a little longer by limiting the amount of time I read at one sitting, but I just get lost in the story.
Read more
One person found this helpful
Helpful
Report abuse

Rob S.
5.0 out of 5 stars Fun to read, but winding down,
Reviewed in the United States on August 9, 2019
Verified Purchase
I couldn't help but feel as if the saga that is Bill, Sholto and company is winding down. I think they'll still be around but we are heading into a new saga that began in Australia.

At some point I think we'll jump forward in time to Annette and/or Starwind telling their grandchildren the story of how their community began. Can't wait... :)
Read more
Helpful
Report abuse

Missy Leda
5.0 out of 5 stars Continuing the journey
Reviewed in the United States on August 13, 2019
Verified Purchase
This is another wonderful installment in the series. With more twists and turns that leave you on the edge of your mental seat it's a must read.
Read more
Helpful
Report abuse

Lethlrdhd
5.0 out of 5 stars This book was great.
Reviewed in the United States on July 31, 2019
Verified Purchase
Started this series and I am completely hooked. Wait impatiently for each new release!! Can't put these down once start reading.
Read more
One person found this helpful
Helpful
Report abuse

Wayne B-W
5.0 out of 5 stars You will not want to put it down...
Reviewed in the United States on August 27, 2019
Verified Purchase
As many have said before, get the whole series then start reading. I would seriously suggest only reading when on a do nothing holiday as you will start reading and not stop. Very enjoyable series with great characters that grow with the story.
Read more
Helpful
Report abuse

Nic
5.0 out of 5 stars Great!
Reviewed in the United States on August 25, 2019
Verified Purchase
Love all of this series!
Read more
Helpful
Report abuse
See all reviews

S. Miles
3.0 out of 5 stars Getting a little tired
Reviewed in the United Kingdom on August 12, 2019
Verified Purchase
I have enjoyed this series from the start. But there are certain elements, which have been present in most of the books, which are starting to get frustrating for me now. A lot of the character dialogue is overly wordy exposition, pointless speculation about something they’ve encountered which they don’t know enough about to understand, and annoying stalls in conversation with comments such as “we’ll come back to that later” (but they rarely do). As a result it’s starting to feel like we’re not getting anywhere in the more recent books in this series. The previous book, “Outback Outbreak” did not suffer from these issues and I think in comparison that has made “Unwanted Visitors, Unwelcome Guests” feel rather stale and overly familiar.
There are also a lot of characters now and they’re not all in the same place - resulting in lots of subplots; which has the potential to get confusing if they’re not more clearly differentiated from each other. To my mind, several of the characters are starting to feel too similar and basically interchangeable.
This book also had a number of typographic errors - missing and incorrect words; which isn’t usual and was disappointing to encounter.
I hope that the next book in the series moves things along at a better pace, and has more interesting and meaningful dialogue between the characters.
Read more
10 people found this helpful
Report abuse

Book Enthusiast
5.0 out of 5 stars Great addition to the series
Reviewed in the United Kingdom on July 29, 2019
Verified Purchase
Adding a new level of complexity to the survival story, this latest addition to the series, brings many of our heroes back together, with a clarity, if not certainty, for the future. Longer than some of the recent books, it gets into some of the detail of the challenges, short and long-term that our survivors are facing, as well as providing tantalising glimpses into the past pre-outbreak.

Would like Bill, Kim and Annette to have more page time, but looking forward to the next book!
Read more
5 people found this helpful
Report abuse

12a
2.0 out of 5 stars author writes well ... but ..
Reviewed in the United Kingdom on August 8, 2019
Verified Purchase
A ridiculously over-long and over complex précis (even for someone who has read the earlier books) left me irritated ...
Perhaps it's a sign that the saga should be concluded when such a convoluted explanation is required
Read more
6 people found this helpful
Report abuse

Kindle Customer
5.0 out of 5 stars Astounding
Reviewed in the United Kingdom on August 15, 2019
Verified Purchase
Very well deserved high rating for this fast paced and exciting novel of survival, zombies, gangsters and politicians. The whole series has been excellent and never gets tired, in fact it gets better and more involved with every installment. Considering the first book had one man trapped in his room during the initial outbreak we've come a long way to get groups of survivors spread over the globe, sailing ships and flying planes. I look forward to seeing where we go next and as the author seems to write at a great place, that won't be long.
Read more
2 people found this helpful
Report abuse

JMc
5.0 out of 5 stars Great series of books
Reviewed in the United Kingdom on September 12, 2020
Verified Purchase
Surviving the Evacuation
Ok, right up front this isn’t a single book review I’m reviewing the whole saga that is ‘Surviving the Evacuation’. I’m retired with plenty of time on my hands and like to read books that form a series rather than just individual stories. I admit that having finished reading the 20 books, so far, in the series I went back to book 1 and started reading the series for a second time enjoying it just as much as I did the first time.

What is refreshing in this series is that women play a major role in the leadership, decision making and the fighting.

I’m desperately trying not to put any spoiler’s in this review so it won’t be an in-depth review of the individual stories.

Basically the story starts in England and then travels across continents. What I like is that the author will track what happens to individuals as they venture into the wastelands but he also keeps track of what is happening back at where the main body of the survivors are currently based.

There’s plenty of action fighting the zombies, corrupt government officials, a criminal cartel and survival itself.
One thing, you have to leave reality behind you are stepping off the reality bus when you read a book about zombies. Yes, you can look at what the characters in the book do and say to yourself they wouldn’t do that or they should’ve done this or this just wouldn’t happen.

This isn’t a ‘Surviving the Apocalypse book for Dummies’ so don’t expect the characters to act or do things that people would do in the real world.

This series of books are simply a good read and I’m looking forward to reading the continuation of the stories that the author has started in the books. There is still a long way for the survivors to go and I hope the author is up to the journey.
Read more
Report abuse
See all reviews
Back to top
Get to Know Us
Make Money with Us
Amazon Payment Products
Let Us Help You
EnglishChoose a language for shopping. United StatesChoose a country/region for shopping.
© 1996-2021, Amazon.com, Inc. or its affiliates