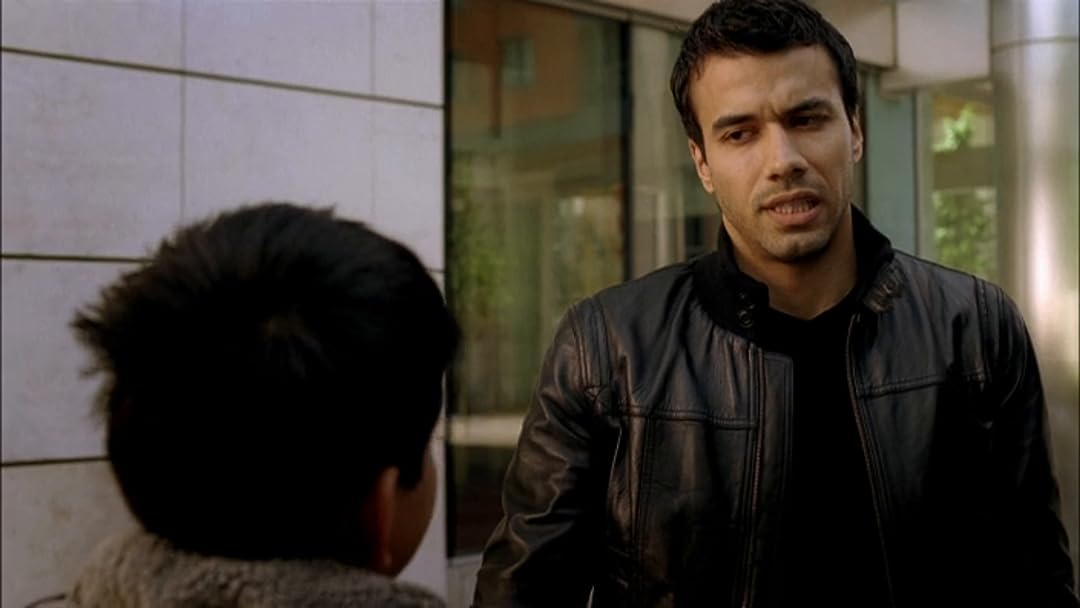 (404)7.62010TV-PG
Imagine being the only survivor of a disease that kills every member of your family; that kills friends, lovers, nearly everyone you have ever met... You are among the lonely few to live and now you must survive in a strange new world where things that were once safe are made disturbing and unsafe - it's our own world but recycled, reimagined and reused.

lolly67Reviewed in the United States on April 9, 2019
5.0 out of 5 stars
EXCELLENT
Verified purchase
I have this and Season 2, also. I wish I could explain exactly why it had me hooked from the first episode, but it is of my favorite shows EVER! If only they had done more than two seasons.
4 people found this helpful

Chris LevinReviewed in the United States on October 7, 2019
5.0 out of 5 stars
British apocalypse TV series. Highly recommended
Verified purchase
If you like the apocalypse, watch this show. No zombies but lots of other excitement. Plus, it's British 😁 I've watched the entire series 3 times now and my only complaint is that it needs another season to wrap up the story. Still, it ends at an excellent point so I really can't complain. I believe that the first episode is available free so you've got nothing to lose by giving it a try.
3 people found this helpful

K. A. T.Reviewed in the United States on November 27, 2013
4.0 out of 5 stars
Entertaining but maddening
Verified purchase
I just started Episode 6 of Season 1. I have a lot to say about this show, and will add to this later. But I had to hit the pause button because there is one aspect of this show that is really starting to drive me mad.

Why, oh why, are Abby and her friends apparently absolutely allergic to doing ANYTHING in the interest of basic security? I understand that firearms are relatively rare in the U.K., but they still exist, and given the relatively few people left, it would not be hard to get your hands on a few. By this point, these folks have had their happy little home invaded enough times that they should certainly be thinking along these lines.

Even if one puts aside the firearm issue, how about reinforcing the windows and keeping the doors locked? How about blocking the road by felling a few trees so that people can't just drive up at will? How about laying in some homemade defenses (pipe bombs and such) on the upper floors, just in case? For that matter, how about a basic security lookout? Abby's idealistic but she's not stupid, and Ken and Tom sure as heck should know better.

Apparently the writers couldn't figure out enough ways to generate tension and suspense without making the main characters into perpetual sitting ducks...but couldn't they have at least made a token effort to convince us that these people's lack of concern about mustering some basic security isn't as completely and wholly absurd as its coming off?

YuppiePrepperReviewed in the United States on March 21, 2017
4.0 out of 5 stars
Interesting, But Misguided
Verified purchase
Fascinating to watch a BBC take on an apocalypse

I wish this story line would have been picked up by an American producer. The BBC's milk toast version of a civilization collapse is interesting to view from here in the USA

Realize that this series went off the rails very quickly and the BBC stomped it out of existence in mid sentence. Just when you thought it was going to...
2 people found this helpful

JohnsonReviewed in the United States on March 26, 2020
5.0 out of 5 stars
Awesome little-known show
Verified purchase
Prime pandemic watching right here. It's a great, if a little overdramatic show, that everyone should watch if they like post-apocalyptic stuff.
One person found this helpful

J. EdmundsReviewed in the United States on July 27, 2010
4.0 out of 5 stars
Pretty Good End of Civilization Drama - No Zombies
Verified purchase
I decided to buy the first episode of series 1 and liked it well enough to purchase the entire season for Video On Demand. I watch it on my Roku player.

The characters are well written and well played. Something that I like about this show and other English or BBC shows in general is that there are "real" people in the cast. I mean not everyone weights thirty pounds on a six-foot frame and they can all actually act. Novel idea that.

The story line is good. It's got an arc that develops over the six episodes and then a standalone plot for each episode.

I don't want to give spoilers away so I wont but the gist is THE FLU kills everyone. The survivors are disparate and random. They all happen to be good people (well, for the most part) and rarely argue. Abby, who is the clear lead among the ensemble, is looking for her son, who was away at camp during the flu outbreak. The "superflu" is what kills everyone but it isn't like Stephen King's The Stand. It's just a similar plot device. The rest of them have lost family and friends. One of them breaks out of prison (I guess that is similar to The Stand as well).

They meet misanthropes and sociopaths and really they're just trying to get on with life and be left alone but no one will let them. Whether it's people stealing from them, trying to force them to be apart of a "new society" or just using them for their own gains. It's a well-written show and I recommend it.

I'm a little upset that the first episode of series 2 isn't available. I'm not going to purchase any of the episodes until it is. It's apparently a licensing thing; I assume BBC won't license the first episode of the season to Amazon for streaming or download. Although you can download every other episode.
15 people found this helpful

Ms. VReviewed in the United States on February 2, 2021
5.0 out of 5 stars
Welcome to the World dealing with a Pandemic
Verified purchase
No zombies, just humans trying to survive. I watched it when it first came out in 2010. Watched it again this time in 2021 with Covid-19 lockdown.
Highly recommend.

Benjamin FullerReviewed in the United States on April 4, 2019
5.0 out of 5 stars
Great take on the end of the world fantasy, watched it twice!
Verified purchase
Love both seasons, a break from your "just shock value" EOTW shows.
One person found this helpful
See all reviews
Back to top
Get to Know Us
Make Money with Us
Amazon Payment Products
Let Us Help You
EnglishChoose a language for shopping. United StatesChoose a country/region for shopping.
© 1996-2021, Amazon.com, Inc. or its affiliates