Swashby and the Sea and millions of other books are available for Amazon Kindle. Learn more 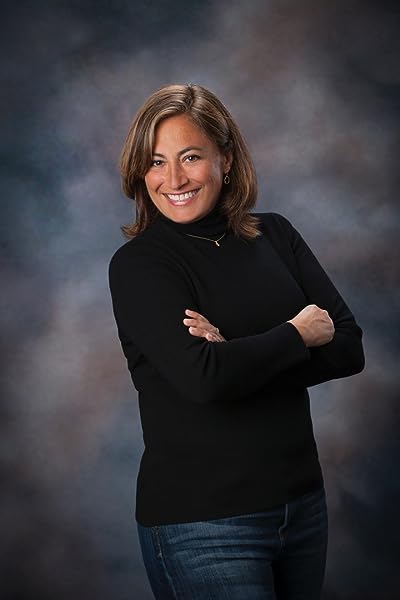 by Beth Ferry (Author), Juana Martinez-Neal (Illustrator)
4.9 out of 5 stars 285 ratings
See all formats and editions
Sorry, there was a problem loading this page. Try again.

All the characters in my picture books are based on people that I know well. They could be family members or friends, and this makes my work feel more personal. The little girl we follow through Swashby and the Sea is based on a little girl I know quite well, my 6-year-old daughter -- a bouncy, thoughtful and eternally happy soul.

I love the contrast between the personalities of Swashby and the little girl. Swashby is grumpy and impatient while the little girl is cheerful and carefree. This makes their interactions so hilarious! If you follow the seagulls, you can see whose side they take throughout the book.

To me, the ocean is another character in the story. The ocean brings Swashby and the little girl together. When it came time to paint the ocean, I wanted to show the sea-foamy filled ocean that I grew up seeing everyday in Lima, Peru. I threw thick, almost-dry gesso over the acrylic paints to create the feel of the ocean in the illustrations. It was so much fun to paint!

"With charming and playful illustrations and diverse characters by Juana Martinez-Neal, and a snappy sweet narrative by Beth Ferry, this story moves our hearts and reminds us to stay open to new friends and ideas, and be present in life’s moments of adventure." —The Washington Post

★ "The illustrator of the Caldecott Honor–winning Alma and How She Got Her Name (2018), Martinez-Neal uses acrylics, colored pencils, and graphite to create pictures that capture the feel of the seaside, as well as the protagonist’s shifting emotions. Telling a story with imagination and wit, Ferry creates a cantankerous but lovable character in Captain Swashby and a mysterious, well-intentioned, mischievous one in the sea...an exceptionally satisfying picture book." —Booklist, STARRED review

★ "This readaloud is sweetly told as Swashby overcomes his bitter habits to welcome new, friendly, and energetic people into his quiet life....Martinez-Neal’s art captures the essence of the ocean.... Adults should prepare for a trip to the beach, as kids will want to go after hearing this." —The Bulletin of the Center for Children's Books, STARRED review

"This sweet story of friendship is sure to win over even the grumpiest of listeners." —Kirkus

"Caldecott Honoree Martinez-Neal’s acrylic, colored pencil, and graphite drawings teeter between scenes curmudgeonly and sweet, underscoring the story’s tensions. A strong sense of place emerges from the palette, redolent of sunlit sand and sea glass, and the interplay between Swashby and his meddling sea has its magic." —Publishers Weekly

Beth Ferry loves to wander, explore and mainly laze on the shore, but only in the summer. She is the author of several picture books, including Stick and Stone. She lives with her husband and three children by the beach in New Jersey.
Website: BethFerry.com
Twitter: @bethferry1

Juana Martinez-Neal is the Peruvian born daughter and granddaughter of painters. Her debut as an author-illustrator Alma and How She Got Her Name, was awarded a Caldecott Honor and was also published in a Spanish edition as Alma y cómo obtuvo su nombre. Her second author-illustrator book, Zonia's Rain Forest, is available in a Spanish edition La selva de Zonia. Juana has also illustrated numerous picture books including La Princesa and the Pea by Susan Middleton Elya, for which she won the Pura Belpré Illustrator Award, and Fry Bread: A Native American Family Story by Kevin Noble Maillard, which won The Robert F. Sibert Medal.

4.9 out of 5 stars
4.9 out of 5
285 global ratings
How are ratings calculated?
To calculate the overall star rating and percentage breakdown by star, we don’t use a simple average. Instead, our system considers things like how recent a review is and if the reviewer bought the item on Amazon. It also analyzes reviews to verify trustworthiness.

Hope-LibrarianTop Contributor: Children's Books
5.0 out of 5 stars Learning about the ocean and making new friends!
Reviewed in the United States on August 8, 2020
Verified Purchase
Swashby lives next to the sea, likes his solitude, and probably is a cranky fellow. He looks like a sea captain with a bushy white beard. When a cheerful young girl and her granny come to stay next door, he's NOT happy. He rejects their invitations and writes gruff messages in the sand telling them to go away, but the sea washes up and erases certain letters making them into more inviting messages. And so he finds, against his wishes, that he begins teaching the girl some of the ways of the sea, like the best sand and shells to build with, and how to wish on a starfish. And he ends up rescuing her when she gets swept out by a wave. Of course...they become friends. This is a charming way to show the value of new friends and to learn to love the seashore. The artist exemplifies the highest standards of a picture book. The pictures are large, warm, expressive, and friendly. Once your little ones learn the story, they'll be using the pictures to read it to you. An excellent collaboration between writer and illustrator and one of the best books I've read in awhile.
Read more
6 people found this helpful
Helpful
Report abuse

Avid Reader
5.0 out of 5 stars A Reclusive Sea Captain doesn't stand a chance against this charming duo!
Reviewed in the United States on July 8, 2020
Verified Purchase
The story of a grumpy Sea Captain who is slowly charmed out of his reclusive ways by a captivating little Girl and her Granny. The sea has its own sneaky plan to make it all happen. We were transported to the beach and the kids and adults were equally enchanted. It is now one of our most treasured books and has been read many times! Be sure to check out Swashbys boat, it made us all laugh. What a great story!
Read more
4 people found this helpful
Helpful
Report abuse

Pen Scepter
5.0 out of 5 stars A beautiful little read
Reviewed in the United States on July 27, 2020
Verified Purchase
Both text and art in this children's gem are stellar. The story is nothing new--it's essentially a picturebook version of 'Silas Marner,' in its use of a little girl to open an old curmudgeon's heart--but it's told in an ingenious fashion. The loose, highly stylized illustrations capture the airiness but also the relentlessness of the sea, and are a standout in infusing the little girl character with charm and vibrancy. Kudos!
Read more
Helpful
Report abuse

JM
5.0 out of 5 stars Salty and Sweet
Reviewed in the United States on July 7, 2020
Verified Purchase
This is a very cute story about an old pirate and a young girl and how the sea conspires to make them friends. The pirate is a bit crabby but is soon drawn into the energetic young girl’s world and can’t help but show her the ways of the sea. Another adorable story from Beth Ferry! The illustrations make you feel like you’re at the beach with them. Love it!
Read more
One person found this helpful
Helpful
Report abuse

B. Messinger
5.0 out of 5 stars A beach tale like no other!
Reviewed in the United States on May 14, 2020
Verified Purchase
Loved this book about messages in the sand and a mischievous sea! So much fun! Author and illustrator did a great job telling a fun story. I brought this for my granddaughter but would also buy as a present that’s how much I liked it.
Read more
One person found this helpful
Helpful
Report abuse

Michael
5.0 out of 5 stars Surely Shwashby has a Soft Side...
Reviewed in the United States on August 15, 2020
Verified Purchase
Our 2 year old daughter likes this one a lot. It's a creative story about unlikely friends and a playful ocean. It's heartwarming and visually interesting for our toddler and us parents alike. We recommend this one!
Read more
Helpful
Report abuse

Stories by Storie
5.0 out of 5 stars An Unlikely Friendship
Reviewed in the United States on July 9, 2020
Verified Purchase
Swashby and the Sea is equal parts sweet and salty. This is a beautiful story about an unlikely friendship. It reminds us all that it is never too late to make new friends!
Read more
Helpful
Report abuse
See all reviews

Tags that will help you discover similar books. 9 tags
kindle unlimited eligiblepicture booksfriendshipoceanaction & adventuregrowing up & facts of lifeprime eligiblefamily lifefriendship, social skills & school life
Results for:
Page 1 of 1Start overPage 1 of 1
Previous page
Next page
Where do clickable book tags come from?
Book tags are created from a variety of sources, some of which are customer-generated. Amazon is not legally responsible for the accuracy of the tags represented. If you are an author or publisher and would like to remove a tag associated with your title, please contact your vendor manager or publisher support team.
Back to top
Get to Know Us
Make Money with Us
Amazon Payment Products
Let Us Help You
EnglishChoose a language for shopping. United StatesChoose a country/region for shopping.
© 1996-2021, Amazon.com, Inc. or its affiliates