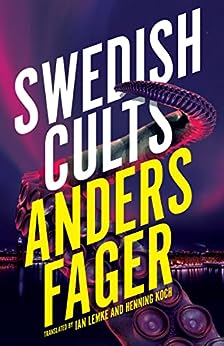 A modern classic of Scandinavian horror that has been called 'Swedish Lovecraft on acid', available in English at last!

Forget everything you think you know about Sweden. Anders Fager's stories reveal his native land as a place where dark and unimaginable things happen. Where deep in the woods grisly sacrifices are made to ancient and monstrous deities during blood-drenched orgies. Where two young people's road trip to visit their grandmother takes a turn for the bizarre and nightmarish. Where a woman's comfortable middle-class life is suddenly upended when her boyfriend develops a mysterious illness that leaves him with a constant erection and speaking in strange tongues. Where an avant garde artist discovers the veil that separates Stockholm from the shadowy city of Carcosa.

Readers raved about Anders Fager's entry in the multi-award-nominated The Valancourt Book of World Horror Stories, and now Valancourt is pleased to present the first-ever complete English translation of the author's first collection, already an underground phenomenon in Sweden, France, and Italy and a cornerstone of modern Scandinavian horror.

"The Haunting of Brynn Wilder for $6.95" by Wendy Webb
From the #1 Amazon Charts bestselling author of Daughters of the Lake comes an enthralling spellbinder of love, death, and a woman on the edge. | Learn more
Books In This Series (1 Books)
Page 1 of 1Start OverPage 1 of 1
Previous page
Next page 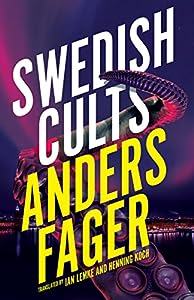 Stewe Lundin
5.0 out of 5 stars Step into the Brain of Anders Fager
Verified Purchase
Brilliant book, I have read the Swedish original and the English translation and the translators have managed to capture the very core of the book.

Not much is lost in translation in this one.

If you are a Lovecarftian then this is a must.