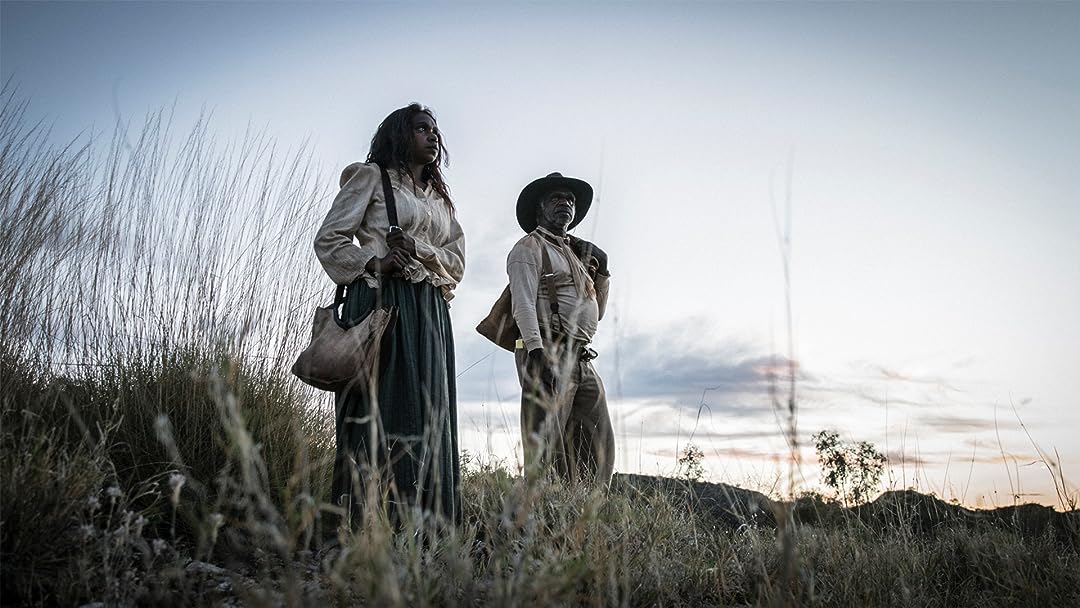 (143)
1 h 52 min2018NR
Australian western set on the Northern Territory frontier in the 1920s, where justice itself is put on trial when an aged Aboriginal farmhand shoots a white man in self-defense and goes on the run as a posse gathers to hunt him down.

Austin TayschussReviewed in the United States on June 14, 2019
5.0 out of 5 stars
Kind of Like an Australian "Deadwood"
Verified purchase
I'm HUGE "Deadwood" fan so saying this little gem of a movie is cut from the same cloth is just about the highest praise I can bestow. Contrary to some other reviewers, I did not find the pacing one bit slow--rather, I found it both enthralling and immersive...just like "Deadwood." I've spent a bunch of time in Oz and NZ, and film portrayals of the lives and challenges of the Aboriginal and Maori peoples are rare--and even more rarely seen in the USA, which makes finding this movie even more cool. Mind you, this is coming from a guy who'd rather walk the plank into shark-infested waters than watch even 5 seconds of some dumb Marvel superhero movie, which, unfortunately, seems to be about the only type of movie Hollywood is capable of producing these days. I thought the ENTIRE cast was outstanding as were both the locations/scenery and cinematography. Again, like "Deadwood," this film relies on an ensemble approach to acting rather than a couple of stars to carry the film, and it works fantastically here. The only thing I'm not a fan of is the director's use of occasional interstitial sequences as foreshadowing or memory devices--they somewhat interrupt the flow and don't help tell the story. As such, I think the film would be even stronger without these save for one brief memory sequence at the end--they just seem like little artistic flourishes that the director did because he could rather than because they add value. All in all, a truly superb film. And if you like Australian films and want to see a younger Bryan Brown give a magnificent, livewire of a performance, then watch "Breaker Morant," which is my all-time favorite film.
13 people found this helpful

Mark P.Reviewed in the United States on May 25, 2019
4.0 out of 5 stars
For once a movie aimed at adults instead of millennials.
Verified purchase
A serious film that ranks up there with the best out of Australia like "Walkabout" from the 70s ( on my top 10 list) "Ned Kelly" of some years ago and "Rabbit-proof Fence". Good direction, a good script, and it was a pleasure to see those veteran Australian actors, Sam Neil and Bryan Brown, show their acting chops to great advantage. And the aboriginal actors more than hold their own and add a lot to this movie. Highly recommended.
5 people found this helpful

Victor JouvertReviewed in the United States on December 17, 2018
4.0 out of 5 stars
Good Western Drama
Verified purchase
The negatives are its slow ( if you dont like a slow movie), no twists or gimmicks, predictable. The positives, solid western movie, good direction, great acting, solid, simple story. This is a movie of details. it captures the time and the place. Its realistic and authentic. I would recommend with a warning that shouldnt be needed but hey if you dont like westerns, dont watch them also if you need a shootem up action filled explosive romp then don't bother. But if you like a well shot, well written, well acted ( Sam Neil, Brian Brown ) well directed film then get ready for a treat.
8 people found this helpful

Larry R.Reviewed in the United States on June 27, 2019
4.0 out of 5 stars
The Aussue good old days were not always so good ...
Verified purchase
I have to admit I love all the small movies about or coming out of Australia beginning with Mad Max, Muriel’s Wedding, Gallipoli, Adventures of Priscilla and many others. This movie is worth your time. It’s a little slow moving at times but the times in the old days moved slower and weren’t driven by cell phones, videos, and speed dating. The cinematography of the famous Aussie outback was stunning. Overall it was apparently realistic and authentic. Excellent performances by the actors.
2 people found this helpful

Amazon CustomerReviewed in the United States on December 1, 2019
5.0 out of 5 stars
Beautifully filmed, well acted, painful in its authenticity to watch- not 'slow' at all.
Verified purchase
For those who thought it 'slow' or boring, they clearly have never been to the Australian outback, the bush, a station, or spent time with the aboriginal people. That's the pace, that's the quiet, so to criticize the film for that is misunderstanding the film. To say vanilla ice cream is bad, and give it one star, because you like strawberry, well, that's simply what that is. A lot of people give vanilla ice cream one star and call it bad, when it might just happen to be the best vanilla ice cream that has ever been made- as this film is- an excellent, well made bowl of vanilla ice cream.

As to the story, it is gut-wrenchingly painful to witness, and sadly, while depicting a stereotype, all to accurate to how things often were then, and even more sadly, still are now in many cultures around the world, including areas here in America.

The final line is just as appropriate a question to ask today as it was in the 1920's. In Australia, in America, in many places.

Well worth watching, and taking time to consider.

S. SheaReviewed in the United States on March 6, 2021
5.0 out of 5 stars
Fabulous
Verified purchase
The acting in this is superb. I opted to watch this because I was hoping this would be another movie with brilliant aborigine acting, terrific images of the desolate outback, and I wasn't disappointed. With Hamilton Morris and Sam Neil as leads, all it needed was great cinematography and a well done social justice story to deliver - it did. I'm struck by how well the aborigines are portrayed - their silences say it all.
As good as the leads were, it was spread out with a wonderful supporting cast - good ensemble backup to complete this first-rate film.
One person found this helpful

SATYAGRAHAReviewed in the United States on May 7, 2020
5.0 out of 5 stars
TRUE OUTBACK
Verified purchase
A gem of a movie. Immerse yourself in the pace and natural sound. Observe that such historic events, have been perpetrated so many times, in so many colonies and indigenous lands, that this movie becomes a prism through which to process it, spiritually. Sam Neil, whose work I've loved since the 80's, well deserved his 2019 lifetime award. Must have been a joy to join Bryan, an old bud, in this endeavor. Sam ends the movie by sadly commenting on his doubts about Oz's long term prospects. Same could be said for any Imperium, at this point on Planet Earth. Thomas Jefferson once said, "I tremble for my country when I reflect that God is just; that his justice cannot sleep forever."

PeachyPatReviewed in the United States on October 22, 2018
4.0 out of 5 stars
A determined man chasing a determined man
Verified purchase
This is an interesting story that takes place in the out back of Australia. Very, vivid desert-like conditions. Since I just finished a Mongolian production that takes place during the winter, I thought this might be a good change of pace.
Fist- if you are watching this because you a Sam Niell fan, he's not in many scenes

Second - if you are watching this to learn about Australian life, there are some informative scenes; but it's similar to any chase after a wanted man.

Third - if you are looking for a lot of action, you will be disappointed. This is a character driven story. The characters are interesting but not unusual.

Fourth - I took a star off because the film is very slow. I couldn't make it to the end, but since part of the end is shown at the beginning, I don't think I missed a lot.
One person found this helpful
See all reviews
Back to top
Get to Know Us
Make Money with Us
Amazon Payment Products
Let Us Help You
EnglishChoose a language for shopping. United StatesChoose a country/region for shopping.
© 1996-2021, Amazon.com, Inc. or its affiliates