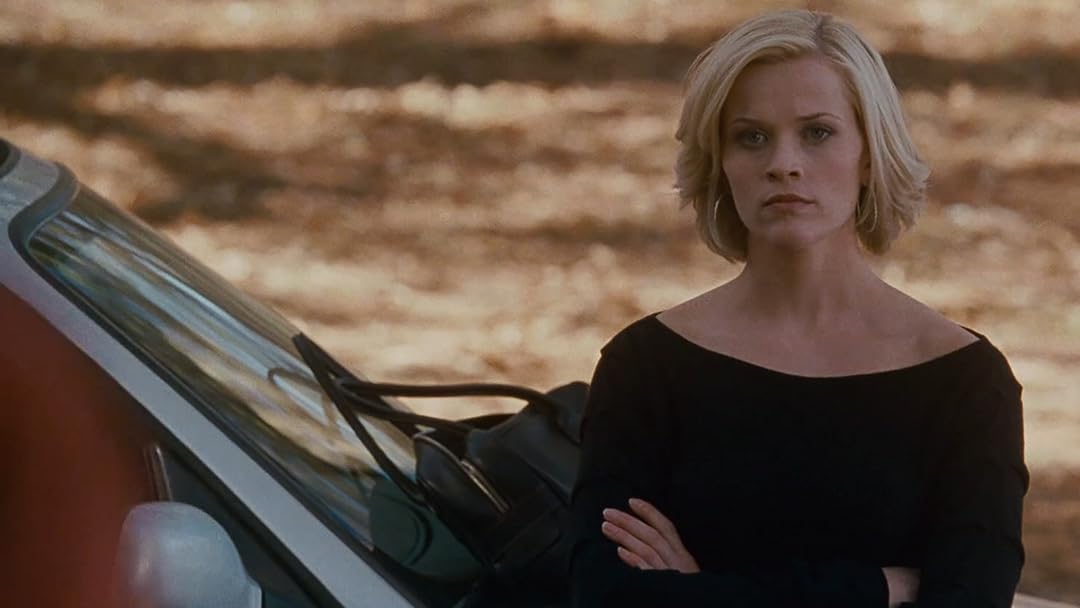 Sania DelianReviewed in the United States on September 14, 2019
1.0 out of 5 stars
Horrible film.
Verified purchase
The first scenes in NYC, (lets say the first 15 minutes), Reese Witherspoon is being ordered around by men. Every single statement that comes from a male actor is a command, and when finally, a question does arise, Dempsey rebukes her response and acts patronizingly towards her reaction.
The rest of the show is .a series of fantasies and tropes including your favorites: "The bitch and the nice guy", "Lying about who you are will make someone still want to marry you", "Oedipal complex", "Out your friend and the'll still speak to you", "Confederate flags are cool!", "everyone in the south is really into the civil war and history, except when it comes to planation weddings because who wants to think about slavery?", "God gave her a 'miscarriage' when she felt trapped about having a baby", "A high powered Mayor who objects the wedding will suddenly demand those same two people to get married!", "A guy who has no artwork in his home is ALSO a professional glass blower", "You can pick up a relationship after seven years of not talking to the person." And so many more.
35 people found this helpful

Matthew D'SouzaReviewed in the United States on June 7, 2019
3.0 out of 5 stars
A Quaint Comedy of Southern Style
Verified purchase
A quaint romantic comedy that brings Southern hospitality to the screen.

Andy Tennant's romantic comedy Sweet Home Alabama (2002) is a fun story with a few neat twists and a lot of heart. Although the end is predictable, the ride there is sweet as molasses. I found Tennant's direction serviceable, if basic. Douglas J. Eboch's story is adorable, though riddled with cliches. I think C. Jay Cox' script brings a genuine warmth and Southern sincerity that makes Sweet Home Alabama ring true.

I do find the underlying theme of democrats, Northerners, and liberals being bad to be tasteless and ridiculous in Sweet Home Alabama. The endless references to The Confederacy is dated, conservative, and odd. The South left The Union and should not be glorified as heroes in their own right. This rom-com makes a case on behalf of Southern to have a twisted pride over their past. I just don't think this makes for a good look or theme.

Regardless, Reese Witherspoon is delightful and fierce as always as a Southern belle turned New York socialite designer, who is forced to go home to Alabama. Her charisma is as beguiling as her charm. Witherspoon brings a biting wit and quick delivery that is so natural to her. She elevates Sweet Home Alabama to a very sweet romance.

Josh Lucas plays the distraught redneck and gentle lover well. His abrasive introduction yields a kinder inner peace that is interesting to watch unfold. Patrick Dempsey is kindly, yet dull as the democratic fiancee Reese's character.

Fred Ward is hilarious as Earl. Mary Kay Place is endearing and commanding as Pearl. Candice Bergen is funny as the mayor of New York, with all of her elitism. Jean Smart is so direct and captivating. I liked her a lot in Sweet Home Alabama. Lastly, I must mention the ever kind friend played Ethan Embry, who gives his character a genuine warmth and likable personality. He feels rare in a Southern setting and a refreshing change of pace.

The Southern rock soundtrack, beautiful natural surroundings, and Southern charm welcome you to a movie filled with laughter, emotion, and a cute coon dog. The scene with Reese Witherspoon in the coon dog graveyard is perhaps my favorite scene displaying Reese's dramatic talent as well as Josh Lucas' sympathetic portrayal of a man who lost the love of his life. The beach finale is lovely too! I think this is a sweet romantic comedy, despite its flaws.

jagadeesanReviewed in the United States on April 18, 2022
2.0 out of 5 stars
Me long time search is over. I finally found the dumbest movie ever made!
Verified purchase
The movie was made to appeal to those of a conservative stripe (those stripes being the stars and bars.) Spoiler alert, although it is so predictable I don't think it will spoil anything. Rising NYC clothing designer, is about to marry the most eligible bachelor in NY, son of the mayor, really nice and good looking guy, probably headed for the White House, and she throws him over for for a beer drinking football watching down-home boy. Of all the unbelievable plots I have seen, this is the top of the pile. Take that, all you Yankee liberals. Literally. Even a right to the jaw of the mayor. Back in 2002 when this movie was made, we romanticized the good-old-boy South much more than we do today
3 people found this helpful

LinaReviewed in the United States on April 6, 2022
1.0 out of 5 stars
A Misogynistic Masterpiece
Verified purchase
So the plot goes like this: a woman has left her hometown where she had no prospects, has somehow made it in NYC in any way imaginable, has dreams and aspirations of her own, a promising career, a loving partner... and somehow the whole movie is about how wrong she is to be so independent and to have tried and eventually succeeded.

Apparently she is still married to her rough-around-the-edges high school sweetheart, who has absolutely refused to grant her a divorce for seven! years, so she can marry the person she's met and loves. The hopefully-soon-to-be-ex is now all of a sudden lording over her, still refusing to grant her the autonomy and freedom to be her own person. It's presented as a cute story, but if someone is asking for a divorce and sending paperwork to obtain it and the guy is, in his own words, refusing to do it just to spite her, it is absurdly abusive. I am at a loss as how this situation can ever be presented as something cute and funny. So gross. Then the whole town, including her parents, is ganging up on her and snickering about her glamorous life in the city basically making fun of her accomplishments. Somehow everyone knows better than she does what's best for her and it's so comical that a woman thinks she knows what she wants in life. Eventually, she last-minute ditches the reasonable, supportive, and loving partner she has for the loser whom she hasn't seen in seven years and has been actively trying to divorce.

It's absurd that movies still present a man lording over the destiny and life of a woman as something romantic, that men win women not by building them up, but by putting them down, that belittling the aspirations and success of a woman can be used to create a saccharine bottom-tier plot. And of course, that a man is abusive to a woman only because he's actually in love with her. Makes me wanna puke. Absolutely despicable.
3 people found this helpful

BrittanyelysebkReviewed in the United States on October 7, 2016
5.0 out of 5 stars
I love this movie
Verified purchase
I love this movie! I love the shots in the rain they are just so pretty. I actually love the cinematography throughout the movie, especially for this kind of movie. I even love the soundtrack which came as a surprise to me when I first saw this film as a nyc girl that I could actually like country music and this was kind of a gateway to discover that. Which I appreciate. My one issue with this film is "so this is what this feels like" (or something like that, if you've seen it you know what I'm referring to, if not I don't want to spoil it), I just don't find that realistic not that the film itself is realistic but the lack of reaction and amount of stuff he let slide I just don't get.
28 people found this helpful

M. WhiteReviewed in the United States on September 24, 2020
5.0 out of 5 stars
Yes it contains some dated, non-PC elements, but...
Verified purchase
...but it's not just a guy flick, as confirmed by my 14 year old niece and sister in-law in 2020. Reese is at her most beautiful? but the acting is solid -- my evidence? -- the scene in the coonhound cemetary. Cliches? Abundant. But you gotta love Candice Bergen in this role. Non-PC parts? You'll figure it out -- at least the offensive lyrics were skipped/muted.
8 people found this helpful

BrechieReviewed in the United States on March 10, 2018
5.0 out of 5 stars
Just a very cute movie!
Verified purchase
One of my all time favorite movies. Reese is adorable as a pouty southern belle. I read the book years ago that this movie was based on, but could not find it to re-read. It's interesting that it wasn't mentioned in the credits - but I love having it to watch whenever I want.
19 people found this helpful

Thomas TruthsayerReviewed in the United States on February 25, 2019
1.0 out of 5 stars
Boring and Dated
Verified purchase
The film is about a Southern Girl who hit it big by more ways than one. The main character has moved out of the southern sticks and away from people she says as strange. Moving to New York, she hits it big by designing her own clothes, and meets and hopes to marry the son of a big political piece. Only problem is she is still married. She must get a divorce and then can be on her way. The rest of the flick is her seeking to do that, and then surprise, slowly begins to fall in love with her ex and the life she left behind. HOHUM Not funny, not interesting, just a lot of yelling and name calling and then the magical change of direction. Snore feast! Watch something else. This is not a Romance comedy. Its just boring
12 people found this helpful
See all reviews
Back to top
Get to Know Us
Make Money with Us
Amazon Payment Products
Let Us Help You
EnglishChoose a language for shopping. United StatesChoose a country/region for shopping.
© 1996-2022, Amazon.com, Inc. or its affiliates