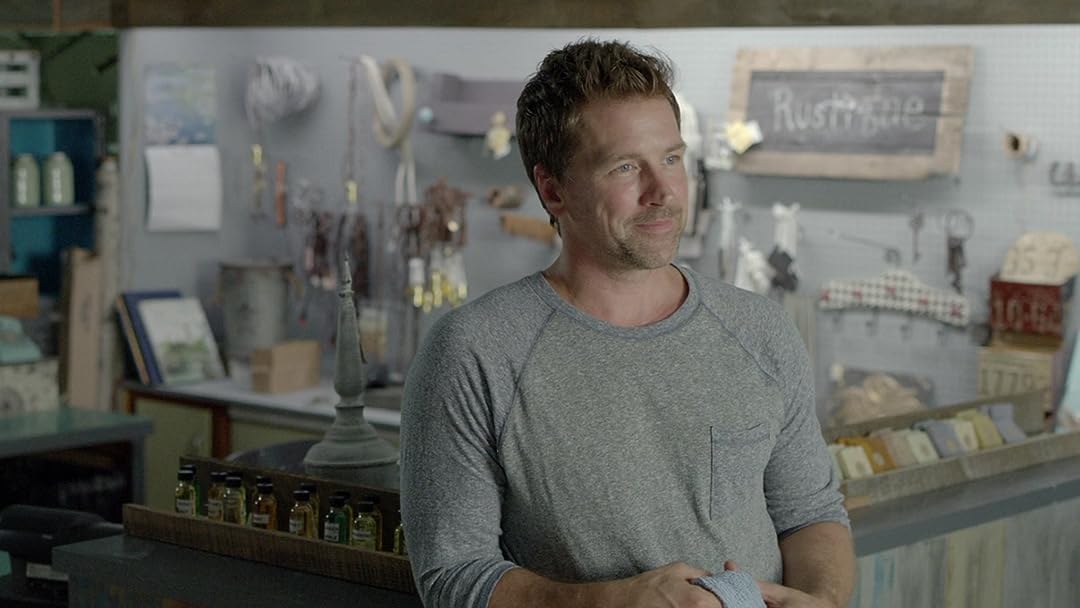 (390)
1 h 24 min2017X-RayNR
Just as Diane, an overworked ad-exec from Los Angeles, burns out at work, she suddenly inherits a house in her rural South Carolina hometown. Hoping to start fresh, regain her bearings, and repair the fractured relationship with her older daughter, Diane moves cross-country with her two girls.

Zach and CarmenReviewed in the United States on January 12, 2020
1.0 out of 5 stars
wow
Verified purchase
The main actress was terrible. The movie would have been much better if they had chosen a different lead actress. She laughed hard and loudly during 80% of her lines. It was distracting. I don't think that her hair and wardrobe were considered seriously. There was no chemistry with the lead male and female. I couldn't take it seriously.
39 people found this helpful

HistoryGeekReviewed in the United States on December 24, 2019
2.0 out of 5 stars
Typical daytime Hallmark -- lackluster and not quite entertaining
Verified purchase
The lead actress and her in-movie elder daughter were HORRIBLE. The lead male plays the same character in every Hallmark movie in which he appears.

The movie, as most Hallmark movies these days, is utterly predictable: protagonist is unhappy in the big bad city and relocates *back* to the country where she meets Mr. only-in-the-country Right, turns her back on said country idyll, but returns to live happily ever after.

Sometimes these cookie-cutter movies have some charm and reasonable acting; this one doesn't. Also, I'm really over how Hallmark slips in sneaky advertising -- in this case, Hyundai and the overly long pause on the car's logo and two quite unnecessary scenes showing how much junk can be packed in.

Don't waste your time on this dog.

NoniBReviewed in the United States on February 20, 2019
1.0 out of 5 stars
Could have been good, but...
Verified purchase
I live in South Carolina so I had high hopes that this movie would be a good one. The story line wasn't that bad... but the writing and the acting were just so terrible. The main actress needs vocal training because she talked so much with a "frog" in her throat I started skipping her sections of the movie. Best actress? The owner of the diner. It's hard to believe that movies this bad get made and actually make it on to Amazon prime.
38 people found this helpful

Wendy Hawkins-WattsReviewed in the United States on April 20, 2020
5.0 out of 5 stars
Traditional Hallmark Gem
Verified purchase
Sure the Hallmark-style movies generally follow the same sort of story line, but I found this one to be different as the lead woman character had more of a realistic approach to being a single mom then I have seen before in other movies. Often there are matching hats to the perfect set of gloves, but this painted the picture of more what it looks like when you are trying to raise two children by yourself and have a career. Sure there is a little bit of 'sentimental goodness' that every one of these movies has, but ultimately isn't that brings us to the Channel...An hour and half break from all the bad news on T.V. to wonder what it would be like to live an a small town and have people miss you if you don't come in to the local diner. So, give this one a chance.
18 people found this helpful

Thriving_LifeReviewed in the United States on March 4, 2020
4.0 out of 5 stars
Inspirational clean movie challenging presupposition of sacrificing family for money & power
Verified purchase
The storyline of this movie tugs at our hearts. Any with teenagers that seem at war with Mom & Dad? Anyone feel stuck in a grind of making it to the top, only to anxiously wonder if all will fall apart any day? This movie will challenge the popular big city culture pushing for more money & power at the cost of sacrificing family, friends and most important eternal connections. Love the actresses natural smile and giggle as she reconnects from lost life to renewed fun in simple small town connections. The 'when calls the heart' doc also did a wonderful job of connecting to his long lost girl. There was a point when temporary break up and get together were too abruptly scripted. Only important item that would have made this a 5 star movie would have been the reality of core spiritual connection with God and Church family that is most often part of our small town folks, who haven't forgotten what matters most.
13 people found this helpful

meReviewed in the United States on May 28, 2020
1.0 out of 5 stars
OVER TOLD STORY
Verified purchase
The actress that plays the mom, if she has some lung or muscle disease I apologize, but it was a struggle to understand what she was saying in her low gravely, unsexy, muttering. We may as well have been listening to Cousin It from the Aadams Family. No projection, no annunciation, no air in her words. Very strange. The story was so sticky sweet, especially at the end, I'm afraid my house will be invaded by ants. Too bad they didn't cast an interesting actress for the lead role with some vocal training. How many people watching this could not predict exactly what was going to happen? Why bother with such a sappy script. Waste of peoples' time. This film has been made hundreds of times. If you're going to do it, make it better, add some surprises - anything interesting and unpredictable. The love interest is charming, but not enough to make up for the rest of this schlock. This is a great HOW-NOT-TO work, parent, have a significant other relationship. The final scene of mom going giddy at the marriage proposal was just weird. This couple has had relationship trouble for over 20 years. Rings and vows will not fix it. Maybe she learned her lesson, but the woman seems completely double minded in her relationship with the old beau, and he with her.
12 people found this helpful

Amante dei GattiReviewed in the United States on May 17, 2020
3.0 out of 5 stars
Clean, Uninspiring Romance
Verified purchase
I often enjoy a cheesy Hallmark romance, but this one just didn't make the grade. The lead male character was somewhat believable and endearing. This kids likewise. Other characters, too. But the lead female was awful. She giggled CONSTANTLY and conducted herself like a 14-year-old out on a group date with her BFF's; this is a woman who is supposed to have graduated college and then had a 20-year career, which would have made her at least 40, but never once does she act like a real adult. When she's with the male lead, she giggles so much, it gets really annoying. I'm glad it was on Prime, so I didn't PAY anything to watch this. Nope. Not for me.
13 people found this helpful

Quiet SleeperReviewed in the United States on August 8, 2019
2.0 out of 5 stars
A Waste of Time
Verified purchase
I expect the storyline to be somewhat predictable given that it's a Hallmark movie but the acting was cheesy and the camera angles were terrible. For example, there was a shot where the mother and daughter were talking in the kitchen, and I felt like I was sitting on the floor watching their conversation. Toward the end of the movie, the storyline took a dramatic turn and then all of a sudden it was resolved. It was a little too quick for the "seriousness" of the turn. There also isn't much "southern" about this story or the way the characters speak.
18 people found this helpful
See all reviews
Back to top
Get to Know Us
Make Money with Us
Amazon Payment Products
Let Us Help You
EnglishChoose a language for shopping. United StatesChoose a country/region for shopping.
© 1996-2022, Amazon.com, Inc. or its affiliates