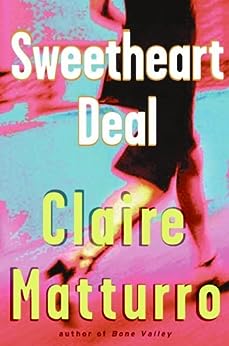 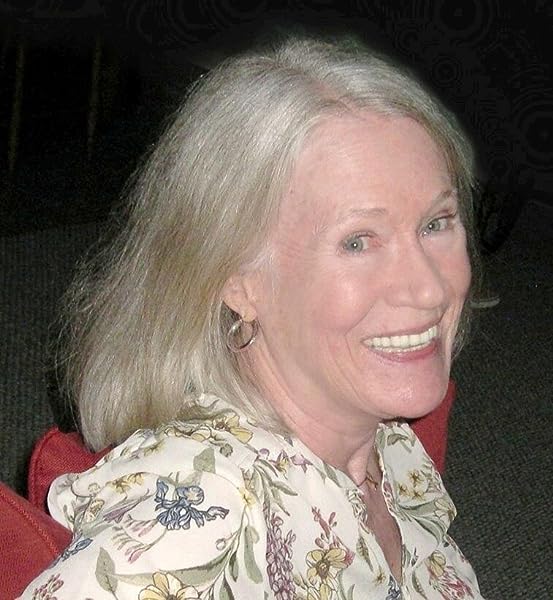 by Claire Matturro (Author) Format: Kindle Edition
Book 4 of 4: Lilly Cleary
See all formats and editions
Sorry, there was a problem loading this page. Try again.

Sarasota lawyer Lilly Cleary has had her share of odd cases. She's defended everyone from a pet psychic to an orange libeler, and she's done so with finesse. But it's another situation entirely when she finds out that her phobic and dysfunctional mother has been accused of murder.

Although she's been estranged from her family for years, Lilly drops everything to return to the little town of Bugfest, Georgia, and steps into more than she bargained for. For one thing, her mother's house is beyond a mess. Important papers are missing, and on the back porch there's a freezer whose contents are very odd. Bugfest itself is under attack by developers who want to turn it into a resort community, a plan that would displace many of the longtime residents.

And then someone tries to murder Lilly's mother with red ants while she's strangely oversedated in the hospital.

Lilly has come to the rescue, but can she get to the root of these mysterious doings in time to save her mother's life?

At the start of Matturro's amusing fourth suspense novel to feature oh-so-perky Florida attorney Lilly Cleary (after 2006's Bone Valley), Lilly returns to her hometown of (not kidding) Bugfest, Ga. Lilly's mother, Willette, agoraphobic and bipolar, abused Lilly and brother Delvon as teenagers, and Lilly hasn't seen her in 20 years. But now Willette is both hospitalized and accused of murder, and Lilly mounts her lawyerly white horse. Along the way she encounters additional problems both old (greedy resort developers despoiling natural beauty) and new (endangered species sold as exotic meats for adventurous diners in big cities Up North). A curious blend of chick lit plus woman in jeopardy plus amateur detective, the book is somewhat hampered by overly cute phrasing and by the tendency of characters to stop what they're doing and explain themselves, just at crucial points when decisive action is needed. Lilly is full of contradictions: germophobic at OCD levels and a terminal flirt, but brave and dead-on effective. Readers who prefer their heroines with an extra dose of sass will find a lot to like. (Nov.)
Copyright © Reed Business Information, a division of Reed Elsevier Inc. All rights reserved. --This text refers to an alternate kindle_edition edition.

A former appellate attorney and former member of the writing faculty at Florida State University College of Law and the University of Oregon School of Law, Claire Hamner Matturro lives in Georgia.

3.8 out of 5 stars
3.8 out of 5
17 global ratings
How are ratings calculated?
To calculate the overall star rating and percentage breakdown by star, we don’t use a simple average. Instead, our system considers things like how recent a review is and if the reviewer bought the item on Amazon. It also analyzes reviews to verify trustworthiness.
Top reviews

Emily Simpson
5.0 out of 5 stars BOOKWORM
Reviewed in the United States on December 15, 2007
Verified Purchase
MATTURA IS AN UP AND COMING AUTHOR. SHE HAS WRITTEN 3 BOOKS WITH THE SAME MAIN CHARACTERS. YOU WILL LOVE THEM ALL AND GET A GOOD LAUGH AT THEIR EXPENSE. IF YOU ARE LOOKING FOR A NEW AUTHOR AND A NEW HEROINE, THESE BOOKS ARE FOR YOU. THEY KEEP YOU READY TO TURN THE NEXT PAGE.
Read more
Helpful
Report abuse

Lynne Walters
5.0 out of 5 stars great series
Reviewed in the United States on April 4, 2014
Verified Purchase
Wonderful stories about characters you really grow to like. Lilly Cleary is a loveable obsessive compulsive lawyer with a good heart. The plot is wonderful, complex and unexpected. I have read all of Claire Matturro's books, one after the other. I only wish there were more
Read more
Helpful
Report abuse

Patricia Keeler
5.0 out of 5 stars MY KIND OF MURDER MYSTERY!
Reviewed in the United States on September 4, 2017
Realistic women characters are rare. Women are smart, strong and beautiful, but that's the easy bit. Through Lilly Belle Rose Cleary, attorney-at-law, the author, Claire Matturro divulges challenges women can experience with family and lovers and food. In Lilly's words, "I like to keep my fridge full and my tools sharp."
But this is first a fast-paced, page-turning murder mystery. Lilly's mother is found next to the dead body with the gun in her hand. The clever, multi-layered plot keeps the reader guessing about the dubious dealings of nearly every character we meet in this Georgia town. And Matturro isn't afraid to delve into complicated and frightening family issues over three generations. But it's also a story of redemption­—the action of clearing a family debt whether real or imagined. A thrilling read!
Read more
Helpful
Report abuse

Diane Holm
4.0 out of 5 stars Humorous Mystery
Reviewed in the United States on February 9, 2010
If life was made to be simple, then Lilly Belle Cleary definitely missed the boat! While in the midst of a complex trial, she receives a phone call from her brother Dan. Unprepared for the astonishing news Lilly is stunned.

Bugfest, Georgia is a small town. Keeping a secret is out of the question, so everyone knew Lilly Belle was coming home. She hated every step. When familiar landmarks passed by, unwanted memories rushed back. Growing up had been one traumatic experience after another. Many years ago Lilly escaped, ran away, never wanting to return. She still had nightmares. This was definitely a bad idea! When Lilly is forced to confront her past head on, it leads to surprising discoveries.

Her mother, currently hospitalized and sedated, has been charged with murder! Willette Rose Cleary was a recluse, never left her house and never let anyone inside. She had mental problems, but shooting someone to death didn't seem plausible. However, the questionable evidence indicated otherwise. Unlicensed to practice law in Georgia, Lilly must trust her detective abilities and slick lawyer tactics to search out the truth.

Conspiracies, layered deceptions, and shocking behavior grip the small town of Bugfest. The tangled web Lilly must straighten gets more complicated the deeper she searches. Land developers try forcing sales, City Council members are on the take and blackmail scandals emerge. Some of Bugfest's most prominent citizens come under suspicion.

Things get worse. Willette's life is threatened and another murder is committed. The town is in chaos. Suspicions keep everyone guessing at the facts. The elusive truth may go undiscovered as the mastermind attempts to flee Bugfest. Will Lilly Belle solve the mystery or will she be led astray?

Claire Matturo does a wonderful job keeping the reader hooked. Drama, suspense and a dash of humor wait around every bend. Sweetheart Deal has more twists and turns than the Nile River!
Read more
Helpful
Report abuse

Amazon Customer
4.0 out of 5 stars funny chick lit legal thriller
Reviewed in the United States on October 30, 2007
Sarasota, Florida attorney Lillian Rose Cleary vowed never to go home, but rushes back when her bipolar abusive mother is accused of murder. Lilly would not have come back to Bugfest, Georgia after two decades away especially to see her mother except to defend her mom in a court of law. For her own peace of mind Lilly needs to believe she would have ignored her mother being in the hospital as the woman abused her (starting with naming her after two flowers) and her brother when they were growing up.

As she mounts a defense for mommy dearest and investigates the homicide, Lilly runs up against her mom's home (should be an EPA superfund site), someone trying to kill mom with red ants, avaricious developers and the sale of endangered species as specialty meats sold to expensive restaurants. Still her prime reason is to not battle the environmentally challenged including mom's abode; it is to get mom free so Lilly can immediately head south and away from this insane termagant who makes DNA cleansing seem politically correct.

The latest funny clearly chick lit legal thriller (see SKINNY DIPPING and BONE VALLEY) is an entertaining tale that affirms the belief you can't go home as Lilly learns the hard way that mom still is a lunatic and her efforts to defend her lead to dangerous scenarios for the courageous neurotic attorney. Although in many ways more a neurosis filled amateur sleuth than a legal family drama, readers who appreciate a spunky phobic heroine will enjoy Lilly's escapades especially her jocular asides even when they slow down the action.

Ted Feit
3.0 out of 5 stars You Can Go Home Again
Reviewed in the United States on December 10, 2007
Not only is Lilly Belle Clearly a neurotic vegetarian lawyer, but apparently she doesn't mind bending the rules to solve a mystery--like breaking and entering. But under the circumstances, perhaps such transgressions might be understandable. She makes her fourth appearance in this series under unusual circumstances. It seems her pill-popping mother is caught red-handed with a pistol by the police chief of the small Georgia town in which Lilly Belle was reared. At her mother's feet is a man who has been shot dead.

Called by her frantic brother Lilly Belle drives up from Sarasota where she is a law partner to Bugfest, GA [no, that's not a typo], to which she vowed never to return when she fled. There she finds her mother under police guard in the hospital, unconscious, sedated, and apparently someone is trying to murder her.

While the plot is well-thought out, its presentation is overly cutesy for my taste. That doesn't mean someone else might not be amused by the writing and dialogue.
Read more
Helpful
Report abuse
See all reviews