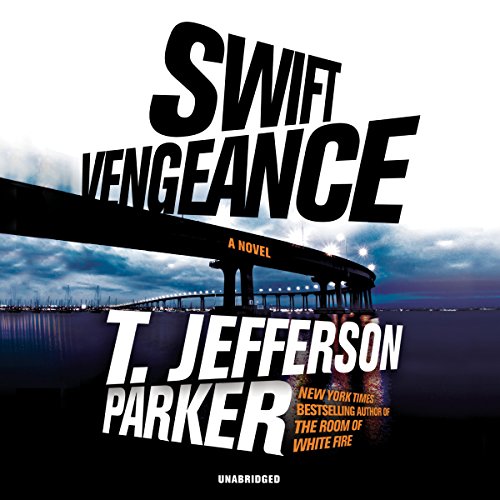 4.5 out of 5 stars
4.5 out of 5
184 global ratings
How are ratings calculated?
To calculate the overall star rating and percentage breakdown by star, we don’t use a simple average. Instead, our system considers things like how recent a review is and if the reviewer bought the item on Amazon. It also analyzes reviews to verify trustworthiness.
Top reviews

paulscott
3.0 out of 5 stars Falls short of Parker's typical excellence.
Reviewed in the United States on October 28, 2018
Verified Purchase
The direction of the story is made clear in the early pages & moves forward for roughly 100 pages.
I do not have as short attention span, but suddenly,I realize that I'm bored with minutiae, repetition, etc. and start merely glancing at pages just to stay on track. This is easy, because nothing of significance is going on.
About 100 pages from the end the story get's interesting again.
Unfortunately, a strong ending is destroyed by a totally unbelievable aspect. To whit, the FBI rolls over & let's a group of untrained persons who can only get in the way, run the show. Seems like it was a literary device to keep all of the characters in at the end. I thought Parker was above this.
Read more
10 people found this helpful
Helpful
Report abuse

Richard B. SchwartzTop Contributor: Philosophy
TOP 500 REVIEWERVINE VOICE
5.0 out of 5 stars One of My Favorite Writers
Reviewed in the United States on September 20, 2018
Verified Purchase
I have been with Jeff Parker since LAGUNA HEAT and LITTLE SAIGON. He never disappoints. SWIFT VENGEANCE is one of his very best. The story concerns a member of a drone team which accidentally took out a group of good-guy civilians along with their bad-guy target--a little homage to HOMELAND, perhaps. A terrorist has decapitated her teammates and is now hunting her, while JP’s protagonist, Roland Ford, is teaming up with FBI special agent Joan Taucher to protect her and take down the terrorist, his inamorata and his weapons supplier.

The genre is police (here, FBI-) procedural but with a lot of backstory on PI Ford (a former Jeff Parker character) and on several of the other figures in the novel. Just to remind: Roland inherited a mountain estate including rental casitas from his wife who died tragically in a plane crash. His estate includes a number of renters who are always up for a challenge. A little homage to the Baker Street Irregulars; Roland refers to them, explicitly, as his Irregulars.

JP lives in Fallbrook, the principal setting of the novel and that setting, along with nearby San Diego are beautifully realized in the story. In one of the jacket blurbs C. J. Box refers to JP as the ‘poet of American crime fiction’. I might save that line for James Lee Burke or William Kent Krueger, but JP is definitely poetic and the novel is sparked, at points, by heartbreaking lines of simple but telling beauty.

The plot is very linear without gobs of mystification and blind alleys. There is the perfect blend of character, plot and setting, such that one cannot say that one of the elements dominates. The ending brought tears to my eyes. I always love dogs; watch here for an Italian mastiff named Zeno—a little homage to Burke’s Pansy in the Andrew Vachss novels, perhaps. You’ll want to adopt him.

JacquesW.
4.0 out of 5 stars This vengeance is swift and will keep you reading on...
Reviewed in the United States on July 12, 2020
Verified Purchase
Mr Parker is one of my favorite writers. I particularly like the fact that most of his books involve new characters. Recurring characters and book series, seem the easy way out... yet, I really enjoyed this second iteration of Mr. Roland Ford. New story, lots of humanity in describing the protagonists of this scary story. Could happen anywhere and to anybody in the US. All this with a compassionate view of the world and those who served. This thriller is a page turner that will keep you wanting to know the next move...
Read more
Helpful
Report abuse

Tom Johnson
4.0 out of 5 stars A strong, but imperfect effort from TJP
Reviewed in the United States on April 21, 2019
Verified Purchase
A well-crafted story by Parker, with a slow build to its satisfying conclusion. For me, the author tries a bit too hard in adorning his story with unusual, quirky characters, and situations that that are sometimes unrealistic. All in all, I'm a fan, and have been since the release of Laguna Heat.
Read more
2 people found this helpful
Helpful
Report abuse

V. A Ortiz
5.0 out of 5 stars You never disappoint
Reviewed in the United States on September 3, 2018
Verified Purchase
What an incredible book! I am always excited to get one of your reads. I am caught up in it to the end. This one was particularly lovely. It even had a hero dog....wow....please keep gracing us with your stories.
Read more
2 people found this helpful
Helpful
Report abuse

Mac MacChlerie
5.0 out of 5 stars Another winner from Parker
Reviewed in the United States on August 29, 2018
Verified Purchase
T. Jefferson Parker puts out the best thrillers on the literary world. You can always count on a great story line and always in the back of your head you're hoping that the good guys make it out unscathed.

But sometimes it's one of the subjects you gave up on that shows up in the end.
Read more
4 people found this helpful
Helpful
Report abuse

DDsea
5.0 out of 5 stars Even better
Reviewed in the United States on February 16, 2020
Verified Purchase
This is the second book in this series and it feels like Jefferson is just hitting his stride. We are getting to know Roland better and he is eminently likable. Strong and determined and sometimes unsure. Like a lot of us. This is a very well written book and I look forward to reading number three.
Read more
Helpful
Report abuse
See all reviews

Lagoon
4.0 out of 5 stars Ford does the business.
Reviewed in the United Kingdom on August 3, 2019
Verified Purchase
Roland Ford proves to be a tougher customer in this second outing. Ford’s detecting skills were brought to the fore here and the pace of the book rarely let up. I was heartened to see that the rag tag bunch that constitute Roland’s sometime paying lodgers are still in place. You could write a book about them alone.

The closing scene is particularly well constructed and I look forward to seeing Roland back in his third outing very shortly.
Read more
Report abuse

Emm
1.0 out of 5 stars Ending ruined it
Reviewed in the United Kingdom on May 14, 2020
Verified Purchase
Possibly a harsh assessment and worth more than one star but the conclusion was so preposterous, it had to be one and one alone.
Read more
Report abuse
See all reviews
Back to top
Get to Know Us
Make Money with Us
Amazon Payment Products
Let Us Help You
EnglishChoose a language for shopping. United StatesChoose a country/region for shopping.
© 1996-2021, Amazon.com, Inc. or its affiliates