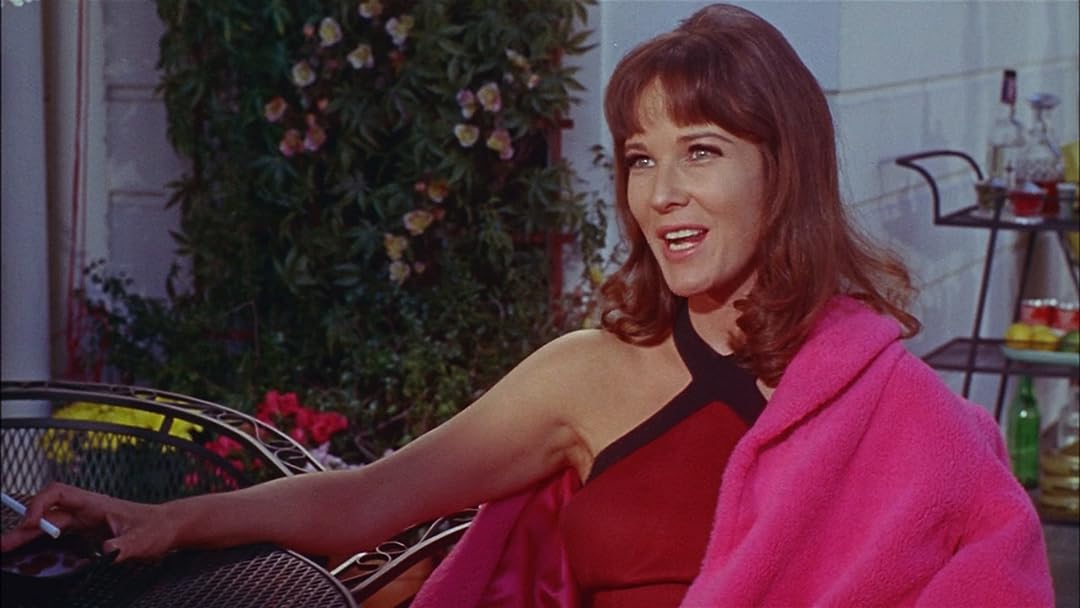 (477)
7.71 h 35 min1968PG
In an affluent Connecticut suburb, Ned Merrill (Burt Lancaster) decides to "swim" home via the pools of his wealthy friends. Along the way he encounters several women from his past: a tempestuous teenage girl; his embittered ex-mistress; and the sensual wife of an old friend. Ned's journey is one of embarrassments, humiliation and steamy passion.

Dustin ChapmanReviewed in the United States on November 10, 2020
5.0 out of 5 stars
Terrific movie and remaster
Verified purchase
I remember when this movie came out in 1968. I was in high school and considered myself pretty aware of movies of that time. Since it was 1968 and a summer olympics year, I figured it was a film about an olympic swimmer so I passed. About ten years later I read John Cheever's short story and was intrigued. it was still several years before I finally saw the movie which I liked a lot. I bought the Columbia Blu-Ray and would occasionally watch it. When I saw this remaster I was excited but saw the $44 price tag and decided to pass. Until I read the details. I saw that it was from a 4k master AND included a CD of the soundtrack. I had wanted the soundtrack for several years. Although it had been available for some time, it was OOP and commanded big bucks on auction sites. I had to have this. I am not disappointed. The new transfer is exquisite. Colors are natural and very sharp. The term "has aged well" would definitely apply. One comment is that this film is often referred to as being like an episode of The Twilight Zone. I myself have drawn this comparison. Really though, it is a film about mental illness that expertly pulls the viewer in and allows us to experience delusion and a significant detachment from reality. I highly recommend this film.

On another note, I'd like to say something about the third part seller, Great-Buys. As I mentioned, the big draw for me to purchase this was the inclusion of the soundtrack on CD. To my great disappointment when I opened the case there was no CD even though it was listed on the box. I e-mailed Great-Buys. Within 24 hours they responded with a sincere apology and a tracking number for a mailing of the CD. In 5-days I had the CD and it's terrific. I want to commend Great-Buys for their outstanding customer service. I conclude that Great-Buys staff are lovers of films as am I and that their love extends to their customers. Terrific company! Thank you!

zentaraReviewed in the United States on November 5, 2019
5.0 out of 5 stars
Death of a Salesman in swimming trunks.
Verified purchase
I am so glad I found this old classic on Amazon. Burt Lancaster called this movie Death of a Salesman in swimming trunks. Watch it and you will see. Lancaster portrays the male's experience on this earth perfectly. He starts out strong, foot-racing with horses, running free and naked, exploring loves lost, and at the end, sees it was all just a temporary illusion. Lancaster is the man's man, but even a god is broken by life on earth. "May there always be sugar on your strawberries".
22 people found this helpful

MsPeaReviewed in the United States on December 2, 2018
3.0 out of 5 stars
Not as enamored with it as some reviewers
Verified purchase
I hadn't seen this film in years, and when I watched it just now I was struck by how much acting has changed since it was made. I always felt that Lancaster overacted, and I think that's apparent in this film. The style of acting is so stilted and stylized. The extreme closeups of his eyes, and his reaction shots are so odd and unnatural. Plus, in the age of #MeToo, I was really struck by the scene with the woman he had the affair with. She forcefully tells him 'no,' but he persists until she has to punch him to get him away from her. It just brought home to me how the culture reinforced the idea that 'no' did not mean 'no.' Movie after movie relayed that message. I don't think you'd see a scene like that in a movie today. It made me uncomfortable to watch, whereas at the time I imagine some audiences were just as puzzled by the woman's behavior as Burt seems to be. He can't seem to understand why she wouldn't want his advances. His acting at the end, as he approaches his house is also over the top. The way he's sprawled across the front door---it's just not realistic at all. That was always the way Burt Lancaster acted--he was known for it, but it's just odd seeing in again after so many years, and compared to today's style of acting. I read Cheever's story, The Swimmer, recently and it's excellent. I recommend it to anyone that likes the movie. It sort of fills in the perspective of the character and the events.
11 people found this helpful

Fly On The WallReviewed in the United States on March 11, 2021
3.0 out of 5 stars
Except for CD Identical to 2014 Release from Grindhouse
Verified purchase
This rating of 3 is here more as a warning to those who may own the 2014 release. Except for addition of CD, this is identical in quality. True, I thought there was something more special and true I should have checked mine to see that it was also new digital restoration, but when something comes out new, you think "new" and tend not to think it is exactly the same as what was issued 5-10 years ago.

So, beware if you have the 2014 version. Unless you want a CD of music, this doesn't add anything.

workoutfreakReviewed in the United States on April 27, 2019
5.0 out of 5 stars
YES! At first, I thought it was corny, but....
Verified purchase
At first, I thought the soundtrack and the acting were corny, but as I kept watching, my opinion changed! Thought-provoking and made me want to watch it again for the signs which would increasingly become apparent. I'm trying not to spoil the movie for potential viewers. Truly a fantastic story; it should be in the top 100 movies of all time.
13 people found this helpful

Barry Stewart LevyReviewed in the United States on August 26, 2020
3.0 out of 5 stars
A Bizarre Allegory
Verified purchase
I had seen this film when it first came out and recall it being flawed but interesting. It still is. Burt Lancaster, though, is wonderful in a difficult, mysterious and subtle role. The film is an oddity but worth seeing. I suggest reading John Cheever's story ahead of watching the film.
4 people found this helpful

StarGazerReviewed in the United States on May 2, 2021
5.0 out of 5 stars
Grab your trunks and let's go for a swim!!
Verified purchase
I've waited a long long time to see a quality print of this film and the blue ray is SPECTACULAR!!!!!!!
Burt Lancaster is superb in this unique and very different film. I think it's his BEST performance ever!! The film is sad, a tad disturbing but socks you in from start to finish. This blu ray is definitely a keeper will become a collectors item in not too long!!!
2 people found this helpful

C. HenryReviewed in the United States on March 23, 2019
5.0 out of 5 stars
The test of time proves useful, it was great back then and it's still great now.
Verified purchase
I wasn't born when this film released back in 1968, 50 years ago. But as a fan of Burt Lancaster's work, I can that this film is relevant today as it was when it came out. I would even say it needs a re-release. The film is surreal, real, allegorical, funny, sad. A film like this is likely not to be seen by many except movie buffs, I can imagine when it came out how some reviewers may have had a mixed reaction to it.

The color, the sounds and imagery all look very dreamlike along with the "scripted" dialogue. The world that Ned Merrill inhabits is like something out of a suburban fairytale with all of it's prettiness, sounds of laughter that only come from the upper class. It made me believe that this was a hallucination or that it's simply a surreal film that warps time. Ned, is a case study for everything wrong with society that is often motivated to be right. If i ever had to do a dissertation on masculinity and it's reaches into the upper class, Ned would be a good foundation to build upon. Ned and the ending of the movie make me wish for a sequel, not a full length film but something along the lines of just 5 mins, keep the film in that dream/hallucinatory state and end it.

Great film, when it's all said and done.
5 people found this helpful
See all reviews
Back to top
Get to Know Us
Make Money with Us
Amazon Payment Products
Let Us Help You
EnglishChoose a language for shopping. United StatesChoose a country/region for shopping.
© 1996-2022, Amazon.com, Inc. or its affiliates