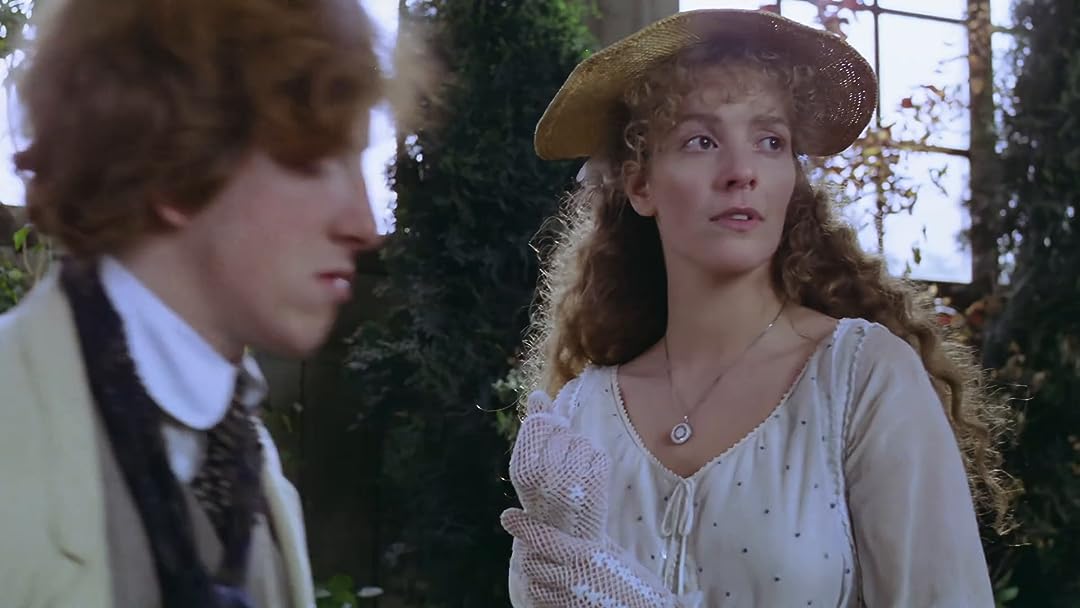 septimusReviewed in the United States on August 14, 2021
4.0 out of 5 stars
Would make a great double bill with Boorman's _Where the Heart Is_
Verified purchase
_Swing_ is a period drama/comedy about a financially struggling middle class family in pre-WWI Munich, and their high-spirited, artistic daughters. Like so many of director Percy Adlon's films, it is an ensemble piece with odd-ball characters and a farcical but fond tone. The main character is tomboy Mathias, whom I find increasingly obnoxious as the film wears on. I know the director doesn't care for decorum, but some common sense in the protagonist might be good. However, Lena Stolze is magnificent as Gervaise the theater geek whose mimicry skills bring down the house and help dissolve the frequent tension in the family. A third sister can sing Mozart with best of them. They do their best in negotiating German high society with their dwindling means. The setup reminds me of John Boorman's superior _Where the Heart Is_, but Adlon's mockery of religious prejudices and aristocratic pretensions give the film its period specificity too. The camera darts in and out of doorways, and in one memorabble scene, takes in the flood of sunset refracted into the "glass house."

I watched the film because of Lena Stolze, and there isn't enough of her. This is the third collaboration between Stolze and Adlon I've seen. _The Last Five Days_ is the masterpiece because it is unlike typical Adlon films: its few characters, a dead-serious tone, and single location interior force the director into much soulful innovation. _Mahler on the Couch_, more standard issue Adlon, can easily be called _The Real Housewives of Vienna_. _Younger and Younger_, not featuring Stolze (but has Julie Delpy in the cast), is likewise too whimsical and uneven in tone. But Adlon seems to have enjoyed a large following in the past; going forward though, you wonder about the longevity of a mid-level auteur like him.