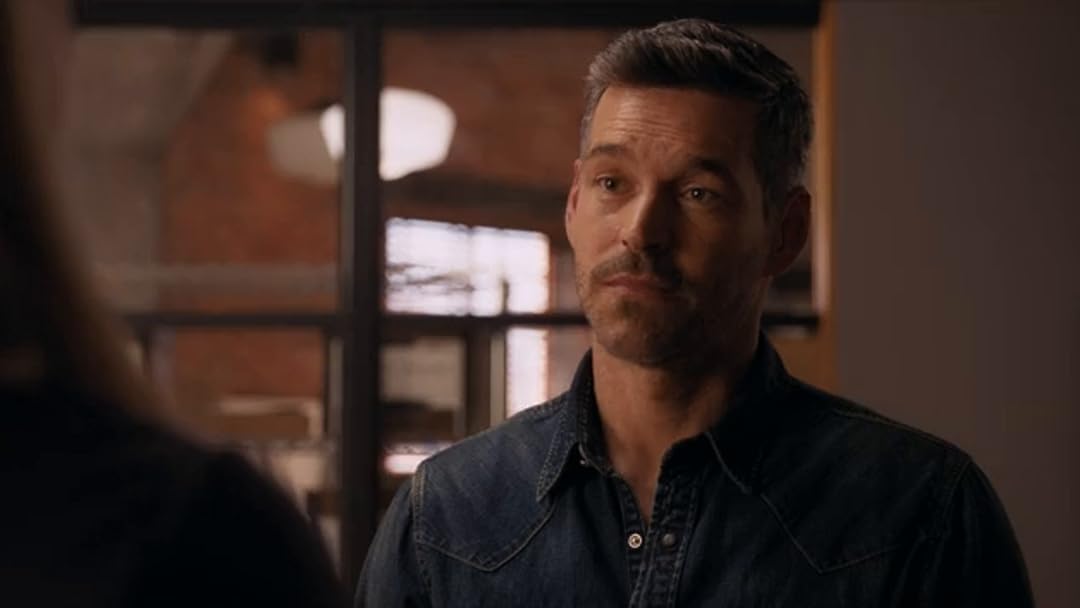 H. BalaReviewed in the United States on July 15, 2018
4.0 out of 5 stars
this is where I learned about banana bags
Verified purchase
I say enjoy this one while it lasts. It's aired by ABC, after all, the network where new shows get the Eddard Stark treatment. Take Two is another buddy cop show that pairs a professional crimesolver with an offbeat amateur. And since the co-creators of Take Two - Terri Edda Miller and Andrew W. Marlow - are the same duo that created Castle, you can say Castle is the closest parallel. Still, you can refer to short-lived corpses that were Almost Human, APB, Forever, Wisdom of the Crowd, etc. I was going to add Lucifer, but Netflix resurrected that show.

I like Rachel Bilson. She's real pretty and she has spunk. She plays Samantha Swift, a Hollywood actress who for the last eight years had been starring on the television cop show, Hot Suspect. But when you're constantly on the spotlight, it only takes one stumble to ruin your career.

As the pilot episode opens, we meet Sam Swift coming off sixty days of sobriety, this after her disastrous night on the red carpet where she got dumped by her boyfriend on the same week her cop show got axed, this triggering a scandalous jag that constituted booze, drugs, public shame, and the absence of chonis.

Today, Sam just wants to move on. Her manager's got her a new role as a P.I. in the upcoming movie, Kiss for Murder. One caveat is that, to prepare for the part, she must shadow a real-life P.I. for a week.

Which is where Eddie Valetik (Eddie Cibrian) comes in, not that he has a choice. He owes Sam's manager. Never mind that he's the surly, down-and-out, lone-wolf sort of private eye. What are the odds that Sam and Eddie get off to a rocky start and end up bickering all the live-long day? Odds are good.

3.5 out of 5 stars for Take Two. It's not fresh or new under the sun. Heck, Michael J. Fox and James Woods worked this same premise in 1991 in The Hard Way, only Michael J. Fox's character wore his undies. Sense I get is that the co-creators upended their near-empty box of ideas for Castle and used what was left over to germinate Take Two. Ergo, we get old saws like:

Except there's a reason why this premise keeps getting rolled out. It's irresistible stuff. I admit to having been sucked in. Four episodes in, I've come to terms that this is not award-winning material, that, if anything, it marches straight into guilty pleasure territory. I can concede that Eddie Cibrian phones in his performance, coasts on his studly grizzled looks and dimples, while acknowledging that I'm sort of into the developing Sam/Eddie relationship. Will they? Won't they? Bah! You know what's up. And, of course, the show'll stretch out the romantic tension as far as it can.

The not-so-secret weapon is Rachel Bilson. She is not a great actress. She's as subtle as no chonis. And her character is frequently aggravating, particularly in episode 4 ("Ex's and Oh's") in which she was never more petty and neurotic and self-absorbed. To quote Eddie: "She's like the circus that never leaves town." But, dang, Sam Swift exudes such positivity, and she's kind. And, turns out, after doing eight years and 200 episodes of a cop show, even a "tabloid trainwreck," even "Ms. Clickbait," can pick up a catalog of investigative skills. I mean, she WAS voted "Most Trusted Cop in America" two years running.

As Sam shadows Eddie, she can't help but butt in, much to Eddie's vexation. But, surprisingly, Sam proves to be really helpful. For one thing, after conducting heaps of interview scenes, she'd boned up on interpreting body language. So, yeah, Sam's pretty pleased with herself. She crows, "Hey, I'm kinda good at this."

Eddie Valetik's gumshoe business is not boomin', not that you could tell it by his lofty-ceilinged brick office loft. Doesn't help that Eddie is a technophobe. The firm's website hasn't been updated in ten years. For cripes' sake, he still has a Thomas Guide, or as an astounded Sam refers to it: a paper map. But maybe having the notorious Sam Swift - with her celebrity status and her social media prowess - by his side can change that, can snag him those front-page cases...

At least it's a step up from most of the whodunits being churned out on Hallmark Movies & Mysteries. Take Two means to be fun television, and I appreciate that. I only wish the scripts were smarter, the case-of-the-week more, er, arresting. But, for all the cheesiness, there are bits of clever. I get a kick out of the show's poking fun at the CSI tech we see on television. Apparently, enhancing video resolution is a non-existing tech. I do like the supporting cast: Eddie's assistant, Berto, whose computer skills are so dope he can hack into the iCloud and the AFS database just like that (**snaps fingers**); Sam's cyborg assistant Monica; and the comely cop-on-the-scene, Detective Christine Rollins.

There's bound to be some heavy recurring story arc coming down the pipe. Like, maybe, Eddie's or Sam's mom or pops or sister died mysteriously years ago, and the murder's been eating away at our protagonist. For now, the show's episodic. Each week, Sam and Eddie move on to a new case that isn't tied to anything else. But something's coming, I bet ya.

Take Two draws parallels to Castle, yes, but it has just as much commonality with one of my most favorite detective shows, Remington Steele. Sam may not be a conman or impersonating the boss, but, just like Steele, she applies what's in her tool box - his conman's toolbox, her acting toolbox - to help solve cases. I just love how upbeat she is, keeping in mind that she's still in recovery and still climbing back from her fall from grace. Much about Take Two is old hat and generic and crap, and there isn't much developed character work. But a show lives or dies on the appeal of its stars. I see Rachel Bilson all the time giving it her all. I just wish this show hadn't landed on ABC.

Noah RaderReviewed in the United States on October 9, 2022
5.0 out of 5 stars
Loved it
Verified purchase
Waiting for next season

Ken FodyReviewed in the United States on January 28, 2019
4.0 out of 5 stars
Really enjoyed this show's first season
Verified purchase
It's a take-off of Castle, but it has enough of its own personality and twists to allow the show to stand on its own. This is a funny show with good acting and characters that were growing throughout the season.

One thing I enjoyed was how the show lampoons the way TV crime shows accomplish within hours or minutes things that take days and weeks in the real world, like getting fingerprint or DNA analysis back.

I do hope someone like Amazon picks this show up and keeps it going for a while longer. I think it has real promise.
14 people found this helpful

1947 PontiacReviewed in the United States on February 6, 2021
5.0 out of 5 stars
very entertaining
Verified purchase
Racheal Bilson is the greatest. Her persona is attractive, intelligent, has a sense of humor and interacts well with other characters. I can say the same about the male lead actor but begin the sentence with the word His. I hope very much that a season two becomes available.
One person found this helpful

CherylReviewed in the United States on October 18, 2021
5.0 out of 5 stars
Fun and entertaining
Verified purchase
Perfect wish there were more seasons

Grace MReviewed in the United States on December 20, 2018
5.0 out of 5 stars
A Great Watch!
Verified purchase
This show is really good! At first I was a little skeptical about the premise of the whole cop/detective with a civilian ride along. At first it was giving me Castle type vibes but I was pleasantly surprised at just how much I ended up liking this show. We have romance, comedy, action and when it's all put together it makes for a fun watch where if your like me, you can't help but get invested in the characters cases and their relationships.
7 people found this helpful

Erin BurnetteReviewed in the United States on March 6, 2021
5.0 out of 5 stars
Great show! Funny and mysterious
Verified purchase
Loved this show. Great actresses and actors in this show and it’s fun to watch with a little bit of mystery!

Ed BlackReviewed in the United States on December 26, 2020
5.0 out of 5 stars
Pretty good series
Verified purchase
Easy to watch light-hearted. The actors did a good job it's just mindless TV.
See all reviews
Back to top
Get to Know Us
Make Money with Us
Amazon Payment Products
Let Us Help You
EnglishChoose a language for shopping. United StatesChoose a country/region for shopping.
© 1996-2022, Amazon.com, Inc. or its affiliates