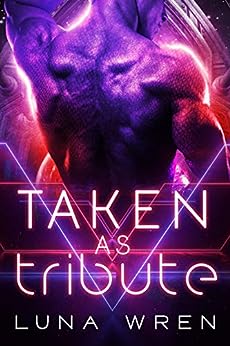 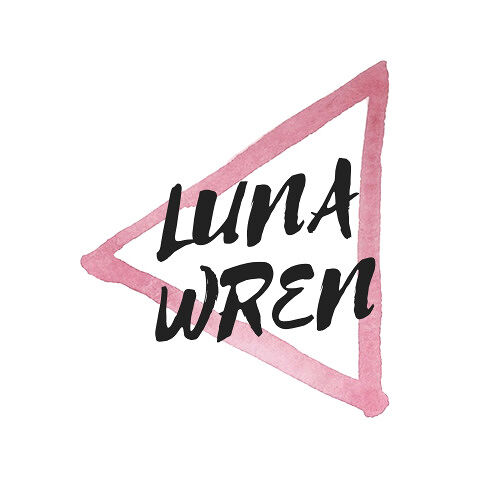 by Luna Wren (Author) Format: Kindle Edition
Part of: The Zexian Tributes (2 books)
See all formats and editions
Sorry, there was a problem loading this page. Try again.

For the past two decades, the Zexian Warriors have protected Earth from otherworldly invaders. All they ask for in return are our natural resources … and our women.

The Tributes volunteer willingly, one from each nation on Earth, to be given to the Zexian warriors as mates. My older sister was supposed to be one of them until she backed out last second. Now I must go in her place, or risk the wrath of the Zexians, the elite race of aliens who could destroy the planet with the press of a button.

I’ve been Tributed to Yalxander against my will. He swears that he will win my heart and make me his true mate, but I’m not going to give in without a fight. It’s time for these aliens to learn a thing or two about Earth girls.

Taken as Tribute is a steamy alien abduction romance. If you like sassy heroines and alphas who can’t get enough of their fated mates, you’ll love this! There’s no cheating, lots of heat, and a HEA for this irresistible alien warrior and his Tribute!

Each book in The Zexian Tributes series is a stand-alone story and can be read independently, but read them all for maximum enjoyment!

The First Tribute (The Zexian Tributes 2)

The Stolen Tribute (The Zexian Tributes 3)

Audible Holiday Deal
Join Audible Premium Plus for 60% off. Only $5.95 a month for the first 3 months. Get this deal
Books In This Series (2 Books)
Page 1 of 1Start OverPage 1 of 1
Previous page
Next page
The Zexian Tributes
Luna Wren
Kindle Edition

Luna Wren has been addicted to steamy sci-fi romance for years. She’s finally decided to write down some of her own stories and share them. Follow her on Amazon or Facebook for updates, and exclusive sneak peeks!

The Stolen Tribute (The Zexian Tributes 2)

The First Tribute (The Zexian Tributes 3)

3.7 out of 5 stars
3.7 out of 5
53 global ratings
How are ratings calculated?
To calculate the overall star rating and percentage breakdown by star, we don’t use a simple average. Instead, our system considers things like how recent a review is and if the reviewer bought the item on Amazon. It also analyzes reviews to verify trustworthiness.
Top reviews

MellowMan
5.0 out of 5 stars Cute and Sweet
Reviewed in the United States on April 4, 2021
Verified Purchase
Nice simple story and short with lots of sci-fi references and unselfish behavior by Becca the heroine. She does not want to be a tribute to the Zexian aliens but her sister forces her hand. She does reluctantly goes through the process and eventually she falls for her fated mate Yal and sees him as he has seen her from the beginning, their future is them together. As a fan of sci-fi, I like the universe Luna Wren has created and hope she writes many more stories especially ones with a little more twists and turns with lots of heart pounding action. You go girl!
Read more
Helpful
Report abuse

Jennifer
2.0 out of 5 stars An indifferently written sci-fi romance.
Reviewed in the United States on June 26, 2020
The writing and editing of this short story was somewhat sloppy, with lots of typos and awkwardly written sentences in the ARC version of the manuscript. The world building was not great. The characterization was flat, with both hero and heroine being more like cardboard cutouts. The development of the romantic relationship was uninspired, with me the reader being largely unmoved by the romance. The plot and pacing was okay, though there were way too many convenient coincidences for my taste. That strikes me usually as lazy writing. There was little angst and fairly high stakes in this novel, which tends to be one of my preferred narrative structures for a romance novel. I think this novel intended to use the Fated Mates trope, though it was poorly executed, and the Tribute Bride trope common to sci-fi romances. The world building, plot, and pacing were two stars. The characterization and development of the romantic relationship were also two stars. This story ended on a Happy Ever After ending instead of a cliffhanger, so that was a big plus. I do not recommend this story to readers who want to read well written, thoughtful sci-fi romance. I am not interested in reading the next book in the series, and I will not be buying myself a keeper copy of this romance novel.

I received a free copy of this book via Booksprout and am voluntarily leaving a review.
Read more
12 people found this helpful
Helpful
Report abuse

Texas Customer
4.0 out of 5 stars Good start to the Alien Tribute Bride series.
Reviewed in the United States on June 26, 2020
New to me author and I really enjoyed Yalxander and Becca's HEA story. The story line was well developed and thought out, the underlying questions are just enough to intrigue the reader to follow the series. I liked the Zexian's respectful treatment of the women volunteering to be mates. The characters were well developed and like able. The occasional errors in the book did not distract me, or impede on my enjoyment of the book. I look forward to reading the remainder of the series.

Irene Talbert
5.0 out of 5 stars GREAT START TO A NEW SERIES.....
Reviewed in the United States on June 27, 2020
This is the first book in a new series called The Zexian Tributes. It's a fast-paced and standalone book that will keep you engaged from start to finish. There's action, adventure, drama, danger, suspense, twist/turns, enemies, survival, intrigue, humor, mystery/secrets, surprises, family, anger, friends/friendships, fear, pain, conflict, resolution, confusion, confidence, strength, courage, trust, truths protection, stubbornness, struggles, tension, manipulating, turmoil (emotional), arrogance, annoyance, frustration, determination, patience, happiness, romance, passion/lust and love.
The h is sent in place of her older sister, who back out at the last minute, to be a Tribute to a Zexian warrior.
Read to find out what happens. I received a free copy of this book via Booksprout and this review is my own opinion.
Read more
One person found this helpful
Helpful
Report abuse

froggerway
1.0 out of 5 stars Not an enjoyable read
Reviewed in the United States on March 2, 2021
The summary sounded promising, but the story was dull, lifeless, rushed and unbelievable <-- harsh, considering this is a romance between a human and aliens.

As with 99% of other rushed, over-cliched story lines, the heroine is mouthy and feisty until some alien swings his attributes her way, and uses his tongue to persuade the female it's love, it'll always be love, and by the way you're now going to have my alien baby who will rule home world. In this book, all of those story devices are force fed in less than 100 pages. Romance is dead and climax is used as its synonym.

Not only would I NOT recommend this book, nor would I wish to read others by this author, but I would go out of my way to discourage would be readers from picking up this mistake.
Read more
One person found this helpful
Helpful
Report abuse

Erin Ramsey
4.0 out of 5 stars Nice Quick Read
Reviewed in the United States on August 11, 2020
I must say the cover kept speaking to me, it's really eye catching! I finally broke down and decided to click on it and I'm glad I did. The Earth is now protected by Zexian Warriors and in return women VOLUNTEER as tributes to be the warriors mates. Becca has her whole life planned out but with the death of her mother her sister who's heartbroken decides to sign up to be a tribute. But when the council comes to collect Becca "has" to take her sisters place. Yalxander is a playboy warrior who doesn't want a mate but when he sees Becca he realizes he never knew what he truly wanted. This wasn't a bad read really quick I finished under an hour. I felt like the ending was a little rushed but it was still s solid book.
Read more
One person found this helpful
Helpful
Report abuse

Sharon
4.0 out of 5 stars enjoyable read
Reviewed in the United States on June 26, 2020
This is my first time reading this author and I enjoyed reading this book. It’s a short read, only taking me just over an hour to read. The world building is done well which being book one in a new series is very important. I liked the characters and thought they had good chemistry together. An enjoyable read.

I received a free copy of this book via Booksprout and am voluntarily leaving a review.
Read more
2 people found this helpful
Helpful
Report abuse

Amber Voyles
2.0 out of 5 stars So so
Reviewed in the United States on July 12, 2020
I liked the premise of this book but the overall execution was a little lacking. The was much character development or world building and the story line was a little flat.
Read more
2 people found this helpful
Helpful
Report abuse
See all reviews

AVID READER
1.0 out of 5 stars Oh dear
Reviewed in the United Kingdom on September 3, 2020
Verified Purchase
What a complete and utter waste of money. The storyline was so basic it reminded me of many books in this genre and I was so disappointed. Dont waste your money.
Read more
Report abuse
See all reviews