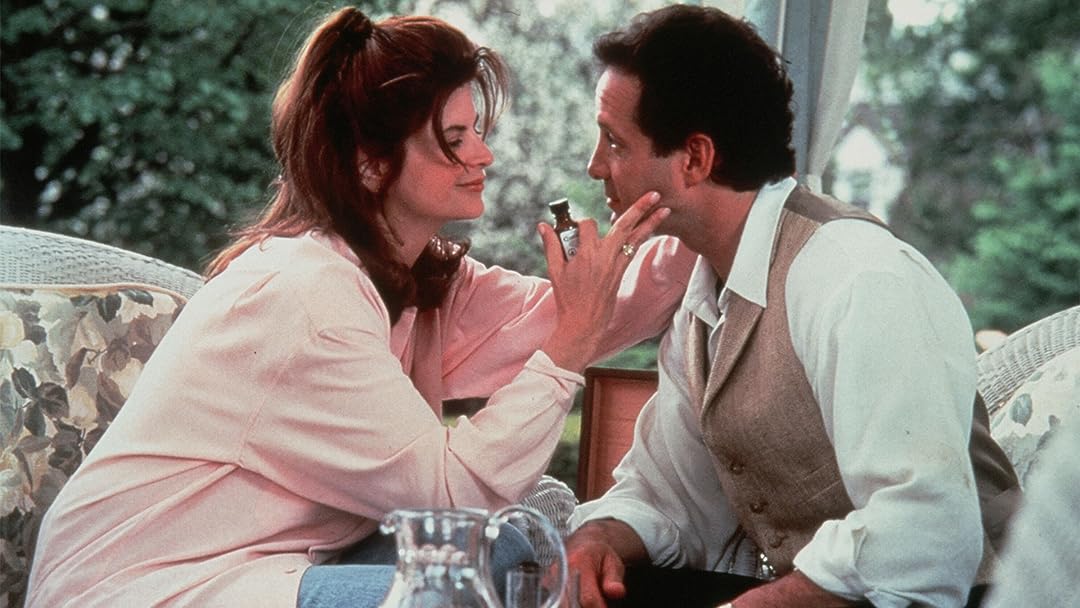 (3,316)
1 h 41 min1995X-Ray13+
HD. Look-alike girls from opposite sides of the tracks switch lives to play matchmaker in this charming family comedy.

TulliaReviewed in the United States on July 5, 2018
5.0 out of 5 stars
The Olsen Twins Are Double The Fun
Verified purchase
It's difficult to believe Mary Kate and Ashley Olsen are fraternal twins; they look identical. They were beautiful little girls, and outstanding actors when they were little girls.

In "It Takes Two" we have a story about rich girl/poor girl. Amanda, played by Mary Kate, is an orphan living in the East Side Children's Center. She is a mischievous, tom-boy. Alyssa, played by Ashley, is a proper, well-mannered, young girl who is the daughter of Roger Calloway, a wealthy man. The girls are nine years old. Roger is engaged to Clarice, a woman who is after Roger's money.

Ashley and Amanda meet by accident and decide to change places. Their goal is to break up the marriage of Roger to Clarice and get Roger together with Diane,played by Kirstie Alley, the beautiful head of the Children's Center. Their machinations, at times, end in disaster.

As stated the Olsen twins are excellent. Steve Guttenberg as Roger Calloway is .outstanding as is Kirstie Alley as Dianne. Philip Bpsco as Vincenzo the Chauffeur is excellent. Jane Sibbett as Clarice, Guttenberg's fiancee is annoying.

I enthusiastically recommend this film. It's worth the watch.

PamelaReviewed in the United States on January 19, 2021
3.0 out of 5 stars
Andy Tennant directs a fun frolic, but don't expect too much
Verified purchase
From other reviews, I expected to find the Olsen twins obnoxious and unpleasant. They were not as bad as I expected though I'm definitely NOT showing this film to MY 6 year old. Overall, acting was pretty stellar, especially Bosco and much of the supporting cast. The villain played by Jane Sibbett was classic two-dimensional evil (I always prefer more fleshed-out multidimensional characterizations) and it was very satisfying to see her stood up. The last prank was not only embarrassing for Sibbett's character: it revealed the overall childishness of the movie. Filmmaking is incredibly challenging and I always like to find the best in whatever work well-intentioned people have undertaken, but I cannot resist the opportunity to say something about Kirstie Alley. Sometimes she shows signs of talent, but her overacting would even offend the stage if the theatre would be foolish enough to cast her. Her ridiculous gesticulating while riding on a horse is too insulting to both species, I kept wishing the horse would succeed in dumping her. So don't expect much. There are a few good laughs if you can tolerate the annoying aspects of this caper. I strongly advise parents not to show your children the misconduct of these recently-modern-day brats.
One person found this helpful

Larry GreeneReviewed in the United States on December 27, 2020
5.0 out of 5 stars
GREAT MOVIE!!!
Verified purchase
I was surprised by this movie. I selected it and had it in my watchlist but when it came up I didn't remember why I had selected it. I haven't seen or heard anything about the Olsen twins for a long time. It was a delightful movie and the lack of foul language was refreshing. More like this, please. I would give it more than five stars if possible!!
2 people found this helpful

SabbyReviewed in the United States on October 31, 2020
5.0 out of 5 stars
Who dressed Kirstie Alley in this?
Verified purchase
I'm semi-embarrassed to say that I really like this movie and have watched it many times over the years. The actress that played Clarice was spot on - someone you could really love to hate. What I don't understand is why they dressed Kirstie Alley like they were tenting a house. Her figure was perfectly fine but they dressed her like she really had something to hide, which she didn't (especially in the pink shirt she wore while riding the horse). What gives?
2 people found this helpful

DragonstormReviewed in the United States on May 20, 2017
5.0 out of 5 stars
Panernt Trap meets Prince and the Pauper
Verified purchase
This is an older movie but it is one of those that I feel hasn't lost a lot with age. It is one of the better of the twin movies.
in a nut shell, rich girl bumps into a poor look a like that could be her twin. They switch for a few days and in that try to set up their care givers with each other. If you don't know what happens next and want to maybe you should watch the movie. LOL Even if a movies been out for years I hate spoilers.
13 people found this helpful

1B2Reviewed in the United States on March 1, 2018
5.0 out of 5 stars
Fun story, good family viewing!
Verified purchase
Our favorite Mary Kate & Ashley Olsen movie. Has Kirstie Alley and Steve Guttenberg. The Olson twins play identical strangers. One is an orphan at a camp where Kirstie Alley works. The camp was started by Guttenburg's wife who has passed away.. The other twin plays a wealthy kid who comes home from weeks at school to find Dad has a manipulative snob of a girlfriend who can't wait to get married. By accident the twins meet, change places, sabotage the wedding. and work to Kirstie and Steve together. In the mean while adoption goes thru and wrong kid is taken there! Fun story!
4 people found this helpful

PaigeReviewed in the United States on December 21, 2016
5.0 out of 5 stars
Still a good movie
Verified purchase
This was one of my favorite movies to watch as a kid. Mary Kate and Ashley play two girls that happen to be identical but are not twins. They are from 2 very different "families." The girls meet one day and get Alyssa's dad and Amanda's case worker to meet. From here on, they get into some trouble and keep it up. I still enjoy watching this movie as an adult and think it's cute.
10 people found this helpful
See all reviews
Back to top
Get to Know Us
Make Money with Us
Amazon Payment Products
Let Us Help You
EnglishChoose a language for shopping. United StatesChoose a country/region for shopping.
© 1996-2022, Amazon.com, Inc. or its affiliates