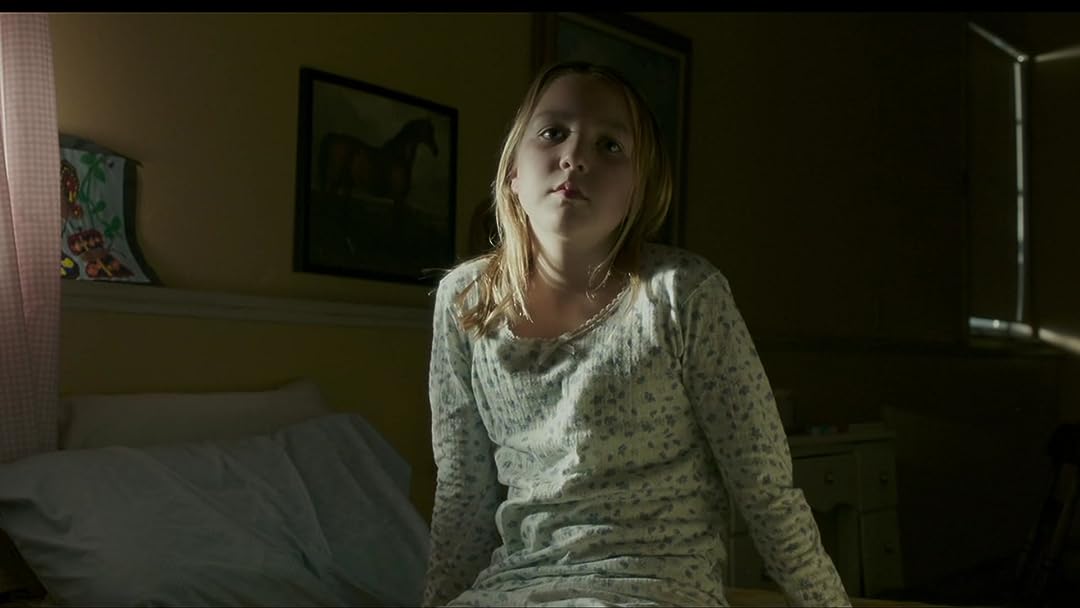 (459)
7.21 h 54 min201818+
[HBO] HD. Director Jennifer Fox chronicles her story of childhood abuse at the hands of a high-school coach in this powerful, devastating film.

MMReviewed in the United States on June 29, 2018
5.0 out of 5 stars
Beautiful piece of work
Verified purchase
Beautiful piece of work. I understand it is hard to watch, but as a psychotherapist and activist for survivors of child sexual abuse I feel like it needs to be in your face. This is something society does not want to look at. Our laws don't reflect this scenario. Often times I hear detectives and DAs ask survivors - Did you like it? Why didn't you leave? Why didn't you tell? Why should we believe you??? THIS IS WHY!!!! It's a complicated mix of emotions. Bravo to Jennifer Fox who is brave enough to share her story and experience. Hopefully we'll start to teach kids real prevention isn't "Stranger Danger." We need to look for the signs of the grooming process which is so articulately shown in the movie. Also, the movie highlights how complicated memory and perception is. Can you imagine being a survivor in front of a DA? It's awful for them. They can't give a linear storyline so no one believes them. We need to educate ourselves on trauma, memory, and the grooming process and our protective systems need to reflect the reality of what child sexual abuse looks like.
86 people found this helpful

Amazon CustomerReviewed in the United States on June 10, 2018
5.0 out of 5 stars
I loved the scenes when she was in conversation with the ...
Verified purchase
I can't believe this wasn't nominated for any awards in 2017. Unique and COMPLETELY accurate storytelling of an adult looking back on past abuse. I was blown away with the honestly, I loved the scenes when she was in conversation with the younger version of herself. So powerful and real, and shows fully the experience of second guessing your own memories, which I have much experience with. The movie totally highlights how the lens through which we view our own experiences changes over time. Brilliant. The sound mixing was amazing, it had such texture and layers that you felt as if you were there. At one point I even closed my eyes, just to focus of the depth and layers of the sound. It also reflected so well how many children are groomed and manipulated for sexual abuse and made to feel as if it were their choice, which might be hard for some people to grasp and this provides a powerful picture of how that can happen. This was a difficult film to watch, but absolutely excellent.
34 people found this helpful

CMHCReviewed in the United States on July 17, 2018
5.0 out of 5 stars
Learn and deal with it
Verified purchase
Every tale of abuse is different. I thought the writer/director provided a fascinating and personal window into the dynamics of unrelated person abuse occurring around the age of puberty. Most survivors minimize and normalize what happened to them in order to survive, carry on, and attempt to build some kind of post-abuse resilience. The abuse scenes undoubtedly seemed too graphic to some, because, with sexual abuse affecting 25% of girls and 10% of boys, it's likely we all know at least one survivor well, and IT'S JUST TOO HARD FOR OUR MINDS TO ACCEPT THAT ABUSE HAPPENS. But it does, just like this, and in many other ways, all the time. I also thought the writer/director had the right touch on showing some of the ongoing effects. I found it hard to believe the survivor would have the close, frank, adult relationship portrayed with her mother, but hey, advocacy coming too late is better than none at all. It was great to see the survivor take control by ending the relationship (rather than just aging out of the perpetrator's preferred age profile) and later confronting the perp. This was a clearer resolution than most survivors get. Applause to the two main actors, and great supporting performances too.
16 people found this helpful

Crazy SvenReviewed in the United States on May 30, 2018
4.0 out of 5 stars
Sensitive Issues About Sexual Abuse & Memory
Verified purchase
Of course, it is tough to rate The Tale based on entertainment value, however, Laura Dern does a good job portraying an adult survivor of sexual abuse as a child. Somehow, the current timeline seemed a bit drawn out and the intertwining of past experiences could be a bit confusing if one were not paying attention, simply by virtue of the first, second and third person speaking to themselves and other characters in the various levels of the past and the present. Obviously, this was written from the heart, so it is a great study of the dynamics of victimhood and touches on how younger people can be fooled into thinking that adults with evil intent are looking out for their best interest. This is a tough call as to whom the intended audience is, as there are some graphic scenes of abuse and sexuality, but for the parent with a progressive mindset, this would be a good watch for a mother with a young daughter. The film also brings up some interesting issues about memory of the past and the varying perspectives with age.
13 people found this helpful

Lauren K.Reviewed in the United States on June 25, 2018
4.0 out of 5 stars
It's easy to forget certain things
Verified purchase
It's easy to forget certain things, like how young we used to be when things happened to us. It's easier to imagine that we were older, more sophisticated, more capable of handling trauma or challenge. I appreciated that aspect of the film; the detective work she does, the memories that appear suddenly with various (or no) triggers.

The relationship with the mother is tense, but idealized, in my opinion. The mother becomes a confidant, in a way, and an assistant in Jenny's search for the truth. The mother then ultimately apologizes for not protecting her daughter all those years ago. How nice; yet, this rarely happens.

Also, Jenny's partner is shocked at the news, but rather supportive. How nice; it doesn't always happen like that, either. Partners often can't manage their significant others' trauma and leave, back out, or shut down.

Many survivors of childhood sexual abuse and incest (some would define the abuse in this film as incest because Jenny was led to trust Bill) lead quiet, solitary lives. They struggle professionally and in relationship, often (and unconsciously) allowing others to take advantage of them. That wasn't really reflected here. It's not a miss on the director's part, it's just not represented.

Cynthia Susan CareyReviewed in the United States on August 10, 2018
5.0 out of 5 stars
It isnt for everyone. A heartbreaking film. I wish the story would have continued.
Verified purchase
As a mother of an 8 and 12 year old daughter, I am so glad I watched this. At first I was so very uncomfortable watching the rape scenes and I wanted to throw up. I was reminded of my own abuse. My own denial and shame. My girls seem so young, and they are, but they are also old enough to be self aware. The girl kinda looks like my daughter too. So tonight or soon, i will talk to her about such situations and more. I am thoroughly disgusted with the adults in this movie. I am in awe of the strength Jenny Fox shows. I am in awe of the human mind and how it tries to protect us. I am this tale was told.
11 people found this helpful

Amazon CustomerReviewed in the United States on April 12, 2020
1.0 out of 5 stars
Inappropriate depiction of child abuse...
Verified purchase
This movie could have easily been made without the graphic depiction of child rape. They almost make it romantic and that may confuse young people, especially survivors of sexual abuse. What's worse, is that it may justify it for some and even excite some sick people. I'm very disappointed this woman who survived the abuse felt it should be shown(body double or not) to tell her story. Couldn't finish the movie, when immediately following the child rape scene, Dern's character forces a woman to tell a whole classroom of people about her losing her virginity at 17. She was emotionally detached and too apathetic. Sure, this may be the result of her own personal trauma, but it was too uncomfortable to continue with this much overrated movie.
2 people found this helpful
See all reviews
Back to top
Get to Know Us
Make Money with Us
Amazon Payment Products
Let Us Help You
EnglishChoose a language for shopping. United StatesChoose a country/region for shopping.
© 1996-2022, Amazon.com, Inc. or its affiliates