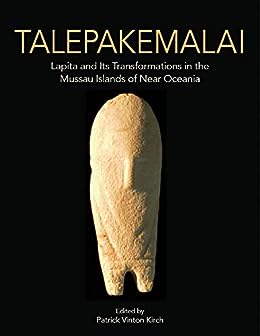 Talepakemalai: Lapita and Its Transformations in the Mussau Islands of Near Oceania (Monumenta Archaeologica) [Print Replica] Kindle Edition

The Lapita Cultural Complex—first uncovered in the mid-twentieth century as a widespread archaeological complex spanning both Melanesia and Western Polynesia—has subsequently become recognized as of fundamental importance to Oceanic prehistory. Notable for its highly distinctive, elaborate, dentate-stamped pottery, Lapita sites date to between 3500-2700 BP, spanning the geographic range from the Bismarck Archipelago to Tonga and Samoa. The Lapita culture has been interpreted as the archaeological manifestation of a diaspora of Austronesian-speaking people (specifically of Proto-Oceanic language) who rapidly expanded from Near Oceania (the New Guinea-Bismarcks region) into Remote Oceania, where no humans had previously ventured. Lapita is thus a foundational culture throughout much of the southwestern Pacific, ancestral to much of the later, ethnographically-attested cultural diversity of the region.

Talepakemalai is a single integrated volume in which all of the results of the Mussau Project, including more recent analyses of chronology, obsidian, ceramics, and faunal remains, are brought together. It thus presents the definitive final report on the excavation not only of Talepakemalai, but also of all Lapita and post-Lapita sites investigated during the Mussau Project.

Read more
Previous page
Next page
Due to its large file size, this book may take longer to download
Fire Tablets
Free Kindle Reading Apps
Available on these devices
Next 1 for you in this series See full series
Total Price: $72.00
Books In This Series (4 Books)
Page 1 of 1Start OverPage 1 of 1
Previous page
Next page
Monumenta Archaeologica
Javier Fonseca Santa Cruz
Kindle Edition
Create your FREE Amazon Business account to save up to 10% with Business-only prices and free shipping. Register today