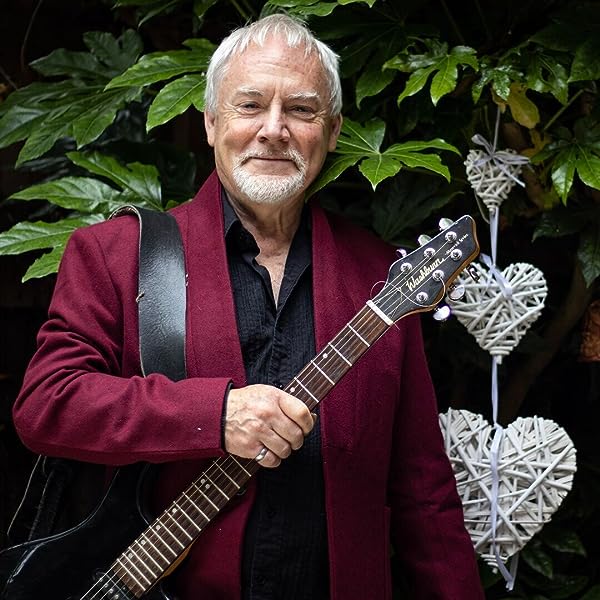 Eminences Grises! The secret and powerful decision-makers who operate behind the scenesm are featured here in seventeen stories in which some of the strangest and most mysterious heroes and villains of popular fiction spin their deadly webs of intrigue and play chess with the lives of men and monsters!

Countess Cagliostro seeks to steal a strange music box from Felifax; Fantômas outwits SPECTRE; Doctor Cornelius undertakes a deadly mission in war-torn Europe; Fascinax matches wits with the abominable Dr. Phibes; Madame Atmos challenges the might of other would-be world conquerors; the enchanting Madame Palmyre goes toe to toe with the Queen of Atlantis; young Robur battles the Red Baron in the skies over Africa; all this plus the Phantom Angel, the Thing from Another World, Nikita, the Phantom of the Opera, Ebenezer Scrooge and Voltaine's Candide!

In this eighteenth volume of Tales of the Shadowmen, the only anthology dedicated to international heroes and villains of pulp literature, writers from England, Canada, France and the United States unite to pay homage to those great champions and master criminals who enchanted our adolescence. .

After a varied career including senior daily newspaper journalist, PR and Marketing executive, e-Government Officer and pub landlord, I am now a full time freelance writer. However I also find time to run a cabaret night with my wife, and perform as a singer/songwriter.

A lifetime of eclectic reading has provided me with 4,500 books cluttering the house and a mountain of trivia in my brain about everything from art to zoology. My stories aim to tackle the real life social and personal issues facing us today through the lens of the science fiction, fantasy, horror and mystery genres.

Michael R. Brown
5.0 out of 5 stars Next volume of this series of new pulp stories using character from European 'pulp'
Reviewed in the United States 🇺🇸 on March 24, 2022
For 2021, we get the next volume of Tales of the Shadowmen from Black Coat Press. It’s number 18, so volume 20 is coming up soon.

This latest volume is subtitled Eminences Grises. This means that “the secret and powerful decisionmakers who operate behind the scenes are featured here in 17 stories in which some of the strangest and most mysterious heroes and villains of popular fiction spin their deadly webs of intrigue and play chess with the lives of men and monsters!”

As noted previously, this annual series makes use of Philip José Farmer‘s “Wold Newton” concept, mixing in a variety of literary characters, with a focus on the various pulp and pulpish characters of France and Europe, such as Arsène Lupin, Fantômas, The Nyctalope, Rouletabille, and many others, as well as those from other countries. Several authors will come back with further stories of the same characters, creating a loose series within the volumes.

In talking about the series that appear within the Tales of the Shadowmen volumes, we have the continuation of several series, and maybe the start of a new one. With the old pulp magazines, they used serials to keep readers coming back, as while one serial was finishing, others were already running. While some of these may get collected, there is no guarantee.

We kick things off with an introduction by author Frank Schildiner, who has contributed several times in this series, as well as other books published by BCP. We learn of his getting involved with these characters and wanted to learn about more of them, something I can relate to.

This time we get:

Newcomer Tim Newton Anderson gives us a story with young French journalist and detective Rouletabille in “Thirty Pieces of Gold,” which a bizarre murder gets him involved in a strange tale of special gold coins and several other French pulp characters, such as Arsène Lupin and Fantômas.

Matthew Baugh brings back sorceress Madame Palmyre (from the novel Baal, reprinted by Black Coat Press) that he used in a previous volume in “The Long Game.” Here she goes up against the Queen of Atlantis. To be precise, Antinea who rules an Atlantis located in the Hoggar mountains in southern Algeria, from the novel by Pierre Benolt.

Next up, we get two pieces by separate authors using the character of Fascinax. An interesting, if short-lived French pulp hero with enhanced mental abilities, he has been missing from Tales for too long. First up is Atom Mudman Bezecny‘s “The Devil Times Phibes,” which has Fascinax dealing with Dr. Phibes. We find Phibes shortly after the events of the second movie, but things have not gone well for him. A “certain power” has given Phibes a mission, but also that Fascinax will try to stop him: Kill the heirs of the five he killed in the first movie. But why? And can Fascinax stop succeed?

Then in Matthew Dennion‘s “The Gift That Kept On Taking,” Fascinax is working to put an end to a strange set of killings that occur each Christmas: Five children have their tongues cut out. He soon learns this is due to a curse from Ebenezer Scrooge. Can he put an end to the curse?

Continuing his series with Doctor Cornelius, former head of the Red Hand, Brian Gallagher in “The Telepath of Galicia” has the Doctor work for the Russians during WWI. He is paired with a Russian agent who takes a drug that gives him telepathy, though the Doctor is not aware of it. They are trying to thwart the attempt to re-establish Poland from German and Russian territories, among others. But others are aware the Doctor is in Krakow. Who will succeed?

In our next continuing series, we have “Young Robur,” showing us the early years (or origin) of Jules Verne‘s Robur the Conqurer in Martin Gately‘s “Young Robur Over Africa.” This time, after passing through the strange, green aurora, Robur and his companion find themselves in Africe. In 1916! World War I is going on, and they find that war has come to Africa with dirigibles from Britain and Germany. Can they stop what is going on and get back to their world through the green aurora? Also check out Gately’s recent collections from Black Coat Press that I’ve reviewed here.

Travis Hiltz gives us another tale with his strange trio of detectives: Parisian detective Etienne Camporal; Spiridon, a human-sized ant (from the novel of the same name from Black Coat Press); and Stella Astarte, an immortal from the Moon (from the novel, The Adventures of a Parisian Aeronaut, also from BCP) in “The Case of Where Does The Time Go?” They look into what appears to be a simple case of theft, a courier waylaid just before getting to his destination, and find that someone is manipulating time. It’s someone we’ve met before in these volumes. But why?

In Matthew Ilseman‘s “Unknowable Powers,” two men looking for the Maltese Falcon are forced to rob a store in Hamburg, but unfortunately make an encounter with The Horla (from the Guy de Maupassant story).

After an absence, Rick Lai is back with “The Prisoner of Countess Cagliostro” with his characters from the Sisters of the Shadows. Irene Chupin is again up against her long-time foe Josephine Balsalmo, who has brought in new and deadly alias. I do hope this means we will see the next in his Sisters of the Shadows series, and also the Shadows of the Opera series.

From publishers Jean-Marc and Randy Lofficier, we get a story from each.

From Jean-Marc is “The Taste of Death,” which mixes in characters from various TV shows with a pair of strange agents of certain “other powers”: Leonox and Lisa, created by Paul Bera in a series of novels and introduced in this series in a previous volume. Only Lisa actually appears, working to stop The Thing (from the movie) reawakening in New Jersey.

In “Angel and Hopkirk (Deceased),” Randy has The Phantom Angel (Sleeping Beauty brought back in modern times who becomes an adventurist) and has setup a detective agency to help other fairy-tale creatures along with Marty Hopkirk, the ghost of a detective (from a British TV series named Randall and Hopkirk (Deceased)). This is apparently the start of a new set of adventures with the pair.

Several “yellow peril” characters come together in Rod McFadyen‘s “Empire Rising,” as they plot — instead of dealing with the western powers — to take over China of the 1960s. Until someone throws a wrench into their plans.

Christofer Nigro had been doing a series using Felifax the Tigerman, which wrapped in the last volume. So in “Three the Hardened Way,” we get a tale with new characters, a trio of circus conmen called “The Unholy Three” (from a book later adapted twice as movies, both starring Lon Chaney): a strongman, a dwarf, and a ventriloquist. Here they are hired by The Phantom of the Opera to help him with a task. They leave Paris afterwards. Will this be the start of a new series?

Long-time contributor John Peel has a tale based on Voltaire‘s Candide, “Undying Love,” but with some horror elements.

Fantômas is back, but it’s the Fantômas of the Eurospy films in Frank Schildiner’s “The Specter of Fantômas,” where he continuously thwarts the plans of SPECTRE. This is a fun little story involving several criminal networks of the time.

Newcomer Nathalie Vidalinc gives us a tale using Felifax and Josephine Balsamo in “The Music Box.” Felifax is given the box, which leads to another, but also he has to deal with The Countess as well. But what is in the other box will lead him back to India in what I expect is the start of another series of Felifax stories.

In David L. Vineyard‘s “The Gilded Bird,” we have a spy story that includes some early pulp characters such as F. Van Wyk Mason‘s Captain Hugh North and one of G.W. Newman‘s “Freelances of Diplomacy.” The story includes (again) the Maltese Falcon and an appearance by Arsène Lupin!

Again, it’s another great collection. Volume 19 will come out in December 2022, and Volume 20 will follow the next year, which is a pretty good milestone. If you haven’t check out this series, do so. There are always good stories in each one.
Read more
Helpful
Report abuse
See all reviews