You've subscribed to Bourbon Brothers! We will preorder your items within 24 hours of when they become available. When new books are released, we'll charge your default payment method for the lowest price available during the pre-order period.
Update your device or payment method, cancel individual pre-orders or your subscription at
Your Memberships & Subscriptions
There was an error. We were unable to process your subscription due to an error. Please refresh and try again. 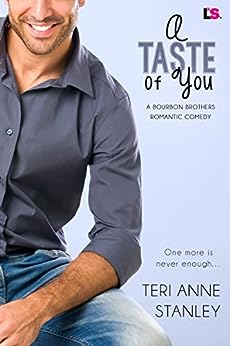 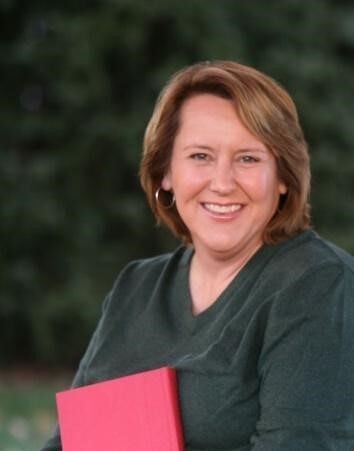 A Taste of You (Bourbon Brothers Book 3) Kindle Edition 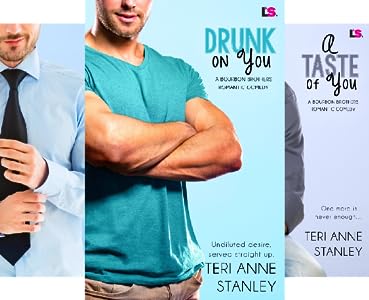 5 stars "Ms. Stanley is a comic genius in the timing of dialogue delivery as well as the depth and personalityshe has created within her characters. I was floored with how easy it was tobecome emotionally invested so quickly..." ~Becky B., Goodreads

4 stars "A TASTE OF YOU is one of those books that just puts a smile onyour face; a feel good story with lots of depth." ~Tome Tender

5 stars "Oh wow! I absolutely loved this book. It's one of thoseamazing stories which warms your heart, and makes you fall in love." ~Books Eater

5 stars "Excellent read! It's fun, flirty, andentertaining. Through the humor you can really feel the depth of these charactersand how far they've come. It's very well written and has a great story at thecore." ~Bette H., Goodreads

5 stars "A lighthearted and adorable love storythat will make you laugh." ~Heather, Goodreads

4 stars "A wonderful, fun and exciting story, A Taste of You has fabulous characters and captures your total attention from theoutset. I'll definitely be reading more by this author." ~Karen R, Goodreads

5 stars "One word, hilarious! Who knew that office supplies could turn someone on?" ~Kim V.,Goodreads

4 stars "What happens when you mix a laid back kind of guy, Nick,with extreme list maker female, Eve? You get an amazingly humorous (will have you laughing spontaneously),heartwarming, sweet with a bit of sexiness added, read." ~Lisa O., NetGalley

Kari L. Dell
5.0 out of 5 stars Sexy and fun with a kick
Reviewed in the United States on October 26, 2018
Verified Purchase
A fresh voice and a story that never gets bogged down despite tackling serious issues. I’m looking forward to the next installment in series l!
Read more
Helpful
Report abuse

Ann
5.0 out of 5 stars Funny, sexy antics wrapped around a good story
Reviewed in the United States on July 4, 2017
Verified Purchase
Stanley's books just get better and better. The story of two alcoholic-laced families needed to be told and she did it with her usual wit and creativity. A darn good read!
Read more
One person found this helpful
Helpful
Report abuse

Elizabeth E. Neal
4.0 out of 5 stars The best laid plans...
Reviewed in the United States on July 8, 2017
Eve is on a mission, both personal and professional. Eve, her sister, Allie, and their mom, Lorena, are the only remaining McGraths and Eve is determined to not only restore the old distillery, much to the delight of the co-owning family, the Morgans, but also to complete the addition of a tasting and visitors center in honor of her dad, Jamie, and brother, David, both gone too soon. Now if the carpenter she hired, Raleigh Baker, would be consistent in showing up for work... When Eve decides to make a visit and inform Raleigh he's in breach of contract, she instead meets the sexy, and extremely talented carpenter, Nick, Raleigh's son.

Nick has no intentions of staying in town long. Once his dad is out of the hospital, and Nick has found someone to watch over him, he's gone. His dad is, was, and will remain an alcoholic and Nick wants no part of it. In the meantime, upon meeting the beautiful Eve and learning of her plight, and slight desperation to get the job finished on time, Nick decides to help her, and if, during there business arrangement, something more intimate arises...

"Such language from such a sweet girl. And she was sweet. Which was just complicating matters, because he continually found himself wanting to please her." - Nick

As Nick, the anti-planner, and Eve, the queen of it, began working together closely, their mutual attraction becomes even more intense. However, both have their demons and they revolve around the same thing, which happens to be part of Eve's family's legacy. See, Eve's Dad was also an alcoholic, just like Nick's. However, he lost his fight with his addiction, causing him to take his own life. So, understandably, Eve is cautious in regards to those with the same issue, but she doesn't know Nick's secret. Nick traveled the same path as his dad, thankfully though, he detoured toward sobriety and had stayed there for five years. This job, the temptation of not only the proximity of liquor but Eve herself, is sorely testing his restraint and he's worried...one of those things will prove to be irresistible. The question is, which one?

Will Nick come through for Eve and complete her project on time? Will Eve's dedication to her dad and brother be all she'd hoped for? Will Raleigh, Nick's dad, be able to fight his dependency on alcohol? Will Nick and Eve continue fighting their connection? Will they act on it, even knowing it won't be anyhing more than temporary? But it can be so much more too, right? Will Nick and Eve get their HEA?

One-click now and follow along as Nick and Eve, both struggling with their own pasts, realize simultaneously that while you can't organize everything, sometimes fate already has plans in place for you.

Eve was a real pip. She was definitely OCD about things being in order, planning and life. Nothing is spontaneous with her, even having sex. But, there is one person that makes her forget her planner, her notebook and her post-it notes … Nick Baker.

Nick makes no promises. He does not make plans. He takes things as the come … one-day-at-a-time! That’s him. A man who cannot be counted on to be there in the long run. Then, why did he agree to finish building the tasting and visitors center when his father went down? Why can’t he say no to little Miss Organization? What is it about her that gets him thinking about long-term and breaking every promise he made to himself and make her a promise that he would always be there for her?

There are several things standing in the way of Eve and Nick. The biggest barrier is his secret. The 2nd biggest is Lorena who wins the Bitch of the Month Award. Nope, not a fan of this woman, her higher-than-thou attitude or the blinders she has on, just turned me completely off.
Especially at the end. I was hoping that she would have been redeemed and she just pissed me off more. I was surprised with who was redeemed and showed me that the love of a father for his son could turn your way of thinking around.

So, now it’s time to seriously commend Ms. Stanley on the writing of this story. She dug into some serious issues and wrote about them with style and grace. She showed us the trials of tribulations of a person going through AA and just how it affects the people around them. She dug deep and showed us the emotions of people going through Al-Anon/Alateen and how they cope with family members who are alcoholics. I was really impressed with how she wove these topics throughout the story but also gave Nick and Eve the chance to fall in love. Ms. Stanley also has a sense of humor and it shown through right from the beginning. I am looking forward to another trip back to Blue Mountain and can only hope that she keeps the series as fun and interesting as A Taste of You was.