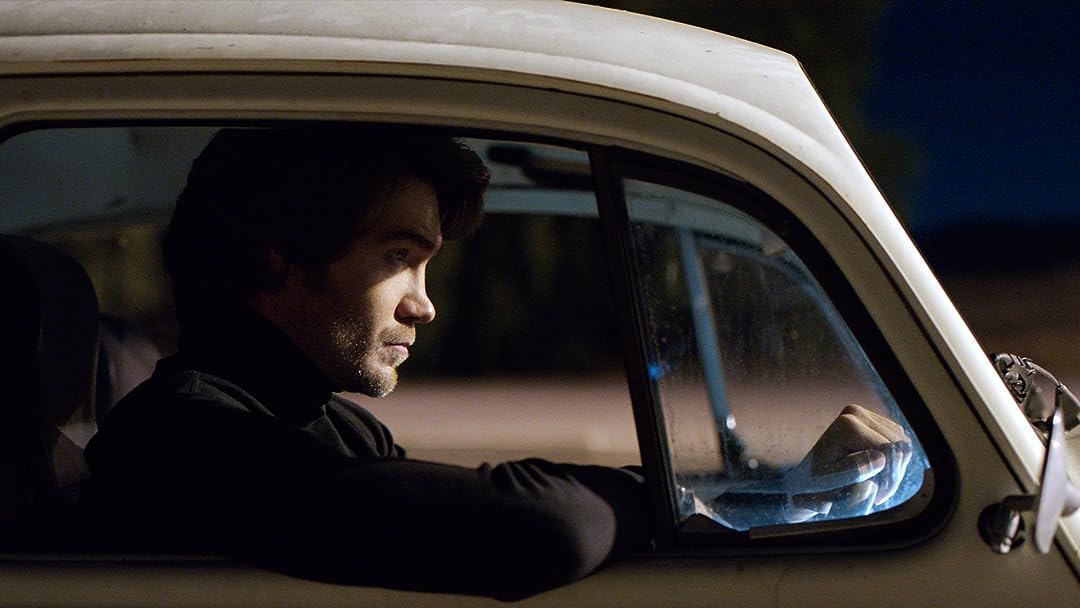 (909)
1 h 35 min2021X-Ray16+
A specter roams the highways of 70s America, his name is Ted Bundy. Hunting him are intrepid FBI agents Kathleen McChesney and Robert Ressler, organizers of the largest manhunt in history to apprehend America's most infamous serial killer.

JoyReviewed in the United States on September 4, 2021
1.0 out of 5 stars
Save your money
Verified purchase
It might have been good if I saw it while I was drunk or high but I didn't. The writing was so poor and inaccurate which is a shame because the acting was good. There were so many inaccuracies. Bundy did not rent from the Chi Omega sorority. Cheryl Thomas did not live at the sorority house. Laura Aime was not chased into and abducted from a greenhouse. Kimberly Leach was taken after the Chi Omega murders, not before. Bundy was not caught by McChesney in a shootout at the sorority house. I just don't understand how ethically a writer could deviate from what actually happened and then insert news footage to give the illusion of credibility.

Overall, the storyline was reduced to a 1980's, B horror movie. Obviously the budget went into to actors pays rather than filming which created an imbalance of talent and production. Basically, the cast was a gourmet meal served on a paper plate.

dustin zachauReviewed in the United States on September 12, 2021
1.0 out of 5 stars
Horribly inaccurate low budget mess
Verified purchase
With as many Bundy books on the market one would have thought the writers would have perhaps read a few of them- this movie is so inaccurate they can't even get the timeline right. They even used a location with numerous palm tree's for Salt Lake City, Utah... The acting in the movie is mostly good- but for me it didn't save this movie. Maybe if you know nothing about Ted Bundy expect that he was a serial killer then it may be possible you might enjoy somewhat- but for me it bothered me throughout the entire movie. Save yourself the time and watch any of the other Bundy movies, they at least try for some accuracy.
7 people found this helpful

Amazon CustomerReviewed in the United States on September 14, 2021
1.0 out of 5 stars
An absolute disgrace to the story
Verified purchase
The film is ensconced in that cheap cheesy 1970s film style. Nothing follows correctly for the timeline none of the acting matches up it’s almost a complete disrespect to the story. If your want eating really good version of the story, Watch
No man of god, or extremely wicked. Both of those are very good representations of the true story.
This show I am disgusted with, they should be ashamed of themselves for disrespecting the story itself, the women involved and even Ted. If you’re gonna make a movie about a true story, make it as accurate as possible and put your heart and soul into it. If you’re going to make garbage, you have no business in the film industry.

Jon WoldReviewed in the United States on October 11, 2021
1.0 out of 5 stars
I couldn't even finish it.
Verified purchase
I've never taken the time to write a review of a movie on Amazon, but this was one of the worst movies I've seen in a long time. The first line of the movie is "all men are pigs", and we're off. From there the feminism firehose is shoved down your throat and turned on blast. The first police officer you see is a woman who, despite being discriminated against at every turn, is somehow leading a class of fresh recruits. She's going through Bundy's list of victims and describing their common characteristics when one of the male recruits, with a big old smirk on his face, suggests the women were sluts who probably led Bundy on and were asking for it. The only way to make the scene more ham fisted would be to change out his police uniform for a pastel colored polo with a popped collar. And it just goes on and on like that. The acting is terrible; the writing is worse, and the deviations from the true story are unnecessary, agenda driven, and detract from the horror of who Bundy was.

I was able to stomach about an hour before I turned it off. Driving to an ATM, withdrawing 20 dollars, having the closest cashier make change, and then setting your 2 dollars on fire would be a better use of your time.
4 people found this helpful

JDReviewed in the United States on September 19, 2021
2.0 out of 5 stars
fictionalized, poorly acted, casting all wrong
Verified purchase
I'm not sure what the point of fictionalizing a story like this is -- it's riddled with inaccuracies and falsities -- things for which the target audience does not care. The acting was pretty cheesy in general, and casting CMM as Bundy was a bizarre and terrible choice.
3 people found this helpful

Amazon CustomerReviewed in the United States on November 26, 2021
1.0 out of 5 stars
After three attempts I got through it.
Verified purchase
I do not see the point of fictionalizing this story. You can't get a more horrible and frightening as the real thing. The inaccuracies were insulting to the victims and the officers that worked on the case. The insinuation of Bundy being a product of insest was the only thing I appreciated. Because most films do not bring that up. Not having his girlfriend and her child in it was a missed opportunity, because that is what makes Bundy so interesting. It was his ability to totally hide his true self to the outside world that shocks people.
One person found this helpful

BarbaraReviewed in the United States on September 17, 2021
1.0 out of 5 stars
I can't believe I paid actual money to watch this
Verified purchase
As an avid true crime researcher I've seen some BAD movies based on actual crimes and serial killers. Bundy has quite a few bad movies attached to his name (the 2002 biopic comes to mind) but this one is so unbelievably bad that it's rotten. Total cringe-fest reading more like satire or a B-level slasher film than anything based on real events.
3 people found this helpful

RHReviewed in the United States on November 2, 2021
1.0 out of 5 stars
Very bad-don’t purchase
Verified purchase
I’ve seen all the Ted Bundy movies and documentaries and this one is terrible. Cheaply made, bad acting, cheesy, factually inaccurate, etc. Don’t waste your money.
2 people found this helpful
See all reviews
Back to top
Get to Know Us
Make Money with Us
Amazon Payment Products
Let Us Help You
EnglishChoose a language for shopping. United StatesChoose a country/region for shopping.
© 1996-2022, Amazon.com, Inc. or its affiliates