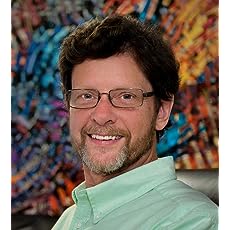 Born in Elmira, New York, Tedd grew up in a family of six with three brothers. His family lived on a farm in Pennsylvania for several years then returned to Elmira until Tedd was ten years old. His father's work then required that they move to Gainesville, Florida. There, Tedd's first art lessons in an abandoned dentist's office over the Happy Hour pool hall eventually led to a fine arts degree from the University of Florida. He and his wife, Carol, started their family in Tallahassee where Tedd worked as a commercial illustrator. Their first son, Walter, inspired his breakthrough picture book, No Jumping on the Bed! His second son, William, stars in No More Water in the Tub!, a sequel to his first book. He has now published more than 100 books as author and illustrator. When not working on his books, Tedd's interests include sketching, reading, travel and building things--like a garden shed and a tree house. He says, "The inspiration to begin writing and illustrating for children came from my wife, Carol. As a kindergarten teacher, she collected picture books. I was attracted to their colorful pages and the way the words and pictures played with each other, much like the captioned cartoons I had drawn when I was young. I love hearing from my readers! Kids keep me on my toes and they ask a lot of questions. The number one question seems to be, 'Where do you get your ideas?' It's also the hardest question to answer because every idea is different. Some ideas seem to pop out of thin air--while I'm driving down the road or taking a walk. Others come from reading or research. But most of my early ideas came from our boys and the things they would do and say. For instance, one time when our first son, Walter, was five years old, I found him lying on the couch, looking pale as a ghost and clutching a Bible to his chest. He was praying! When I asked what was wrong, he wouldn't answer. In fact, he wouldn't even open his mouth. My wife, Carol, finally coaxed a response from him: he pointed inside his mouth. Carol exclaimed, 'You have a loose tooth!' Walter's eyes nearly popped out with fright. We quickly assured him that it was perfectly okay for his tooth to come loose and that a new one would replace it. But Carol and I looked at each other and realized that despite all our efforts to be good parents, we had somehow completely forgotten to warn Walter that teeth fall out! He had thought he was falling apart! I made a little note in my journal; then ten years later, I expanded that memory into my book Parts." Tedd's current Fly Guy series has twice received the Theodor Seuss Geisel Award Honor and is approaching 20 books. He is also co-author and illustrator of a new series featuring the Noodleheads, Mac and Mac, also the recipient of a Theodor Seuss Geisel Award Honor. Tedd Arnold now lives beside a lake near Gainesville, Florida, with his wife, Carol, and their two cats, Lou and Kitty-doo.
Read more 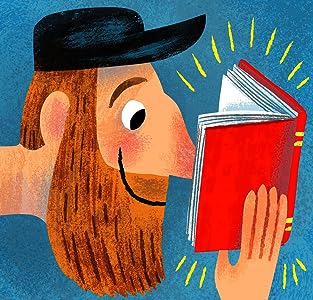 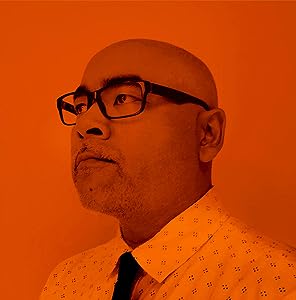 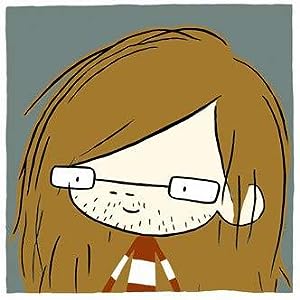 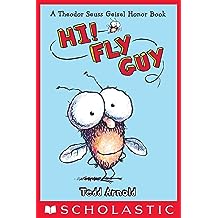 Hi, Fly Guy! (Fly Guy #1) Sep 24, 2013
by Tedd Arnold
( 1,062 )
$3.99
From bestselling author/illustrator Tedd Arnold, creator of PARTS and GREEN WILMA, comes the hilarious FLY GUY! It's easy to read and it comes with a shiny foil cover!"A fly was flying. He was looking for something to eat. Something tasty. Something slimy. A boy was walking. He was looking for something to catch. Something smart. Something for The Amazing Pet Show." The boy and fly meet and so begins a beautiful friendship. Er, and so begins a very funny friendship. Using hyperbole, puns, slapstick, and silly drawings, bestselling author/illustrator Tedd Arnold creates an easy reader that is full of fun. With an eye-catching holographic cover. This is the first in a series of four.
Read more
Other Formats: Audible Audiobook , Hardcover , Paperback , Audio, Cassette 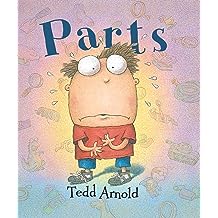 Parts Sep 1, 1997
by Tedd Arnold
( 619 )
$7.99
I just don't know what's going onOr why it has to beBut every day it's something worseWhat's happening to me?So begins this uproarious new story from the best-selling creator of No Jumping on the Bed!,Green Wilma, and other popular books. The young narrator has discovered a disturbing trend: There's fuzz in his belly button his toes are peeling and something just fell out of his nose. The last straw is a loose tooth, which convinces him of the awful truth his parts are coming unglued!Parts deals with a subject of deepest interest to every young child: the stuff our bodies shed. Parents will appreciate the reassuring message that it's all quite normal, while Tedd Arnold's comical illustrations and rhyming text are guaranteed to make young readers laugh their heads off.
Read more
Other Formats: Hardcover , Paperback 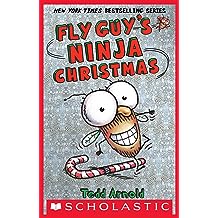 Fly Guy's Ninja Christmas (Fly Guy #16) Sep 27, 2016
by Tedd Arnold
( 590 )
$3.99
In the new book in Tedd Arnold's New York Times bestselling Fly Guy series, it's Christmazzz Eve and Fly Guy doesn't have a present to give his best friend, Buzz. But when he goes out to look for one, Fly Guy meets a stranger in the house whom he has to fight off with his ninja action. Will Fly Guy defeat the stranger? Will he find a present for Buzz?

Even reluctant readers will enjoy this fun, zany holiday story about Fly Guy meeting Santa Claus, knocking over the Christmas tree, and showing off his ninja moves!
Read more
Other Formats: Hardcover , Paperback 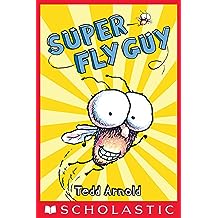 Fly Guy loves the school lunchroom. He loves the dirty dishes, the smelly mop, and the garbage cans. But when the lunch ladies discover there's a fly in the cafeteria, chaos ensues! Though Fly Guy makes a mess of things, he also shows his powers as a Super Fly Guy! 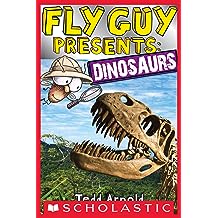 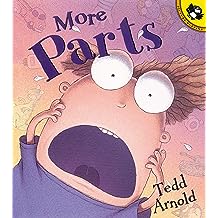 More Parts Sep 1, 2001
by Tedd Arnold
( 321 )
$7.99
Give me a hand . . . hold your tongue . . . scream your lungs out . . . what's a kid to do if he wants to keep all his body parts in place? Well, one thing is for sure, he'll have to be creative. Like, if you want to keep your heart from breaking, just make sure it's well padded and protected by tying a pillow around your chest. Want to keep your hands attached? Simple-stick them on with gloves and lots of glue. Just be careful not to laugh your head off!
Read more
Other Formats: Hardcover , Paperback 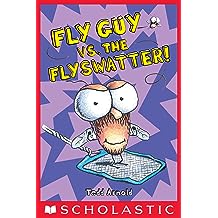 When Fly Guy goes to school with Buzz, they learn that his class is taking a field trip to a flyswatter factory! BAD NEWZZ! Fly Guy tries to hide in Buzz's pocket, but when the tour guide starts insulting flies, Buzz cannot help but stick his head out. A robotic flyswatter named the Super Swatter detects Fly Guy, and Fly Guy causes a hilarious ruckus in his efforts to escape.

At the end of this zany adventure, the flyswatter factory announces an end to its factory tours and the students use their free flyswatters as art to celebrate the "best field trip ever!"
Read more
Other Formats: Hardcover , Paperback 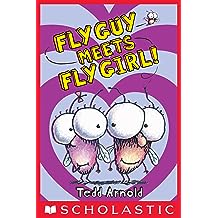 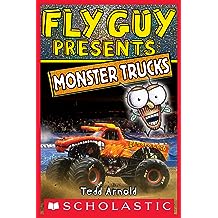 Fly Guy Presents: Monster Trucks (Scholastic Reader, Level 2) Oct 1, 2019
by Tedd Arnold
( 507 )
$1.99
Buzz and Fly Guy learn all about monster truck technology, tricks, events, and safety. These "monsterzzzz" are nothing to be scared of!

Award-winning author-illustrator Tedd Arnold brings nonfiction to life for beginning readers in the next book in the kid-favorite Fly Guy Presents series. There are humorous illustrations and engaging photographs throughout. And the front cover features eye-catching holographic foil!
Read more
Other Formats: Paperback 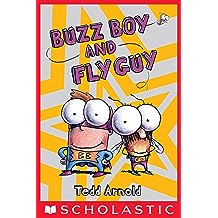 The excitement is jam packed in Fly Guy's newest episode which features a comic book within the story. Buzz and Fly Guy are superheroes! The dynamic duo must battle a fiery dragon and a band of pirates. Will Fly Guy and Buzz Boy defeat their enemies and save their home? Find out in this ama-zzzing early chapter book.
Read more
Other Formats: Hardcover 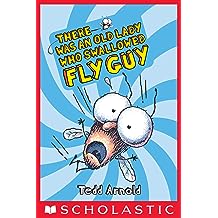 Buzz is visiting Grandma, and Fly Guy comes along for the ride. Oops! Grandma swallows Fly Guy, then a spider, then a bird, then a cat, then a dog. . . .

She's about to swallow a horse, when Fly Guy shouts: "BUZZZ!" Buzz is starting to worry, but there is nothing Fly Guy can't handle! He flies out, and all the critters follow. And everybody parties!
Read more
Other Formats: Hardcover , Paperback 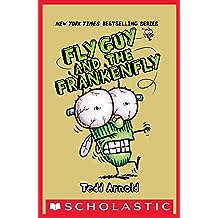 In the latest installment of the NEW YORK TIMES bestselling Fly Guy series, Buzz and Fly Guy spend a day together playing some spooky games and doing arts and crafts projects. When Buzz goes to bed, Fly Guy stays awake and is "bizzie"! Buzz has a nightmare that a gigantic Frankenfly monster is out to get him! But when he wakes up, all he sees is Fly Guy, who fell asleep making posters showing that he and Buzz are best friends.

The wacky dream scene involving Frankenfly is fun and hilarious, not scary. Buzz awakens to a sweet message of friendship that is nothing to be afraid of.
Read more
Other Formats: Hardcover