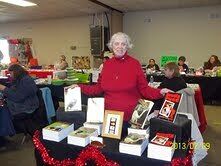 I was never the typical girl. I wasn't a tomboy either. Dad always told me to explore the world around me and I did. I had a lot of interesting adventures including walking into a snake pit and not taking the step that would have caused me to fall down a 60 ft. cave. Some of my readers have compared me to 'Huckleberry Finn' by Mark Twain. The above is recounted in my book 'The Misadventures of a Country Girl'

I discovered I could write when I started a story for a contest in one of my mother's Romance magazines. I was about 12 years old at the time and wrote the story in a letter form to my lover. Unfortunately, I used my father's first name for the man in my life. My story disappeared. Several days later, I walked in on an argument between my mother and father. Mother was waving the letter under dad's nose and demanding to know who the woman was. Poor dad. He knew nothing about the letter. When I tried to tell mom the letter was mine, she said, "Your father lies and you swear to it." With that statement, she walked off, with my letter.

I wrote newsletters for clubs and press releases for the organizations I belonged to. I've attended IUS Creative Writing classes, both for credit and non-credit. I have attended writing seminars. I have a small group of writers who critique each other's work once a month. Two years ago, I taught a Creative Writing class, once a week for two sessions, for the Clarksville Parks and Recreation Department, Clarksville, Indiana. I have 9 books published and several people who buy my books as soon as they are published. 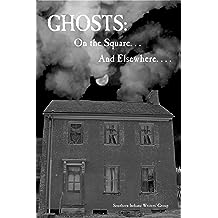 Ghosts: On the Square . . . And Elsewhere. . . . Mar 4, 2014
by Bonnie Abraham, Marian Allen, Jeannine Baumgartle, Ginny Fleming, Joanna Foreman, T. Lee Harris, Joy Kirchgessner, Glenda Mills, Ardis Moonlight, Teddi Robinson
( 6 )
$2.99
History and haunting seems to go hand-in-hand and Corydon,as the first state capital of Indiana, has a heaping helping of both. Ghosts: On the Square . . . and Elsewhere . . . . is a collection of ghostly tales inspired by locations around the historic town square and other locations throughout Harrison County.

If you like ghosts, history or a combination of both, this is the book for you!
Read more
Other Formats: Paperback 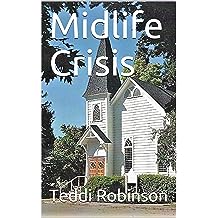 Midlife Crisis Oct 12, 2018
by Teddi Robinson
$4.99
Jeff told Susan, his wife of 19 years, that he intends to go back to school and become a minister. Susan is very upset and decides to leave Jeff. Can Susan's parents convince her to become a preacher's wife?

This book is about scandal, tolerance, forgiveness and living a christian life.
Read more
Other Formats: Kindle , Paperback 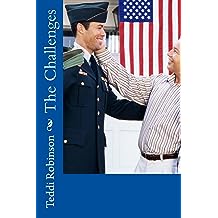 The Challenges Jul 16, 2016
by Teddi Robinson
$3.99
During World War II, Susan's husband is on a ship fighting for his country. Susan is raising their son and living with her in-laws. She works at the University where Charles Davis is a professor. Charles thinks Susan would be another conquest. He keeps asking her to go for coffee. She keeps refusing, but she is tempted. Will Susan be able to resist the irresistible Charles?
Read more
Other Formats: Paperback 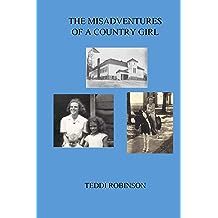 The Misadventures of a Country Girl Jul 13, 2016
by Teddi Robinson
( 2 )
$3.99
My granddaughter was complaining about her school. I told her about my school and she was very interested. This is my adventures as a child. My father always told me to explore everything around me. I did and I enjoyed exploring the woods, the river and the ten acres I grew up on. My misadventures took me into a snake pit and I almost fell into a 60-foot cave.
Read more
Other Formats: Paperback 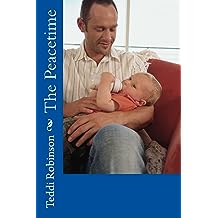 The Peacetime Jul 13, 2016
by Teddi Robinson
$3.99
The war is over and Rowdy is discharged from the Army. He was wounded in the war and Mary can't wait to see him.
What happened? Rowdy has changed from a fun loving guy to a very moody, don't bother me, person.
Rowdy finally tells Mary of the affair he had with his nurse.
Mary decides to invite Gloria, the nurse, for a visit. Gloria accepts.
Will Gloria's visit make Mary and Rowdy's marriage stronger or will the visit destroy the marriage?
Read more
Other Formats: Paperback 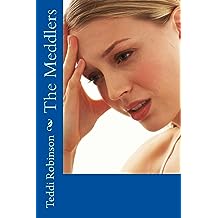 The Meddlers Jul 13, 2016
by Teddi Robinson
$3.99
James Smith, the landowner's son and Melanie Cox, the sharecropper's daughter want to marry. Mr. Smith, James' father and the girl next door want James to marry Susan Brown. Mr. Smith threatens James with disowning him. Susan connives to make James forget Melanie. There are very interesting twists and turns with some funny instances.

Set prior to World War II, James joins the Army to save for the day he can make Melanie his wife.

Will James marry Melanie or will it be Susan?
Read more
Other Formats: Kindle , Paperback 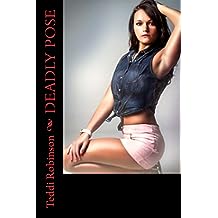 Deadly Pose Mar 8, 2016
by Teddi Robinson
( 3 )
$3.74
A BOOK ABOUT GREED, LOVE, AND A VOW MADE BY DESPERATE CHILDREN DURING DESPERATE TIMES. TOM WILL NOT FORSAKE THE VOW OF BECOMING A MILLIONAIRE BY HOOK OR BY CROOK. JOANNE MARRIED FOR MONEY BUT FOUND LOVE INSTEAD. TOM REFUSES TO BELIEVE SHE LOVES HER HUSBAND.
Read more
Other Formats: Paperback 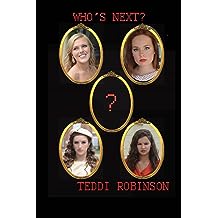 Who's Next? Feb 4, 2016
by Teddi Robinson
$3.49
Surprise! Surprise! Tom Watson is in town. He is a professional photographer with lots of credits to his name. He has agreed to take pictures of the town with a wanna be model. The job is complete and it's time for Tom to leave. After he's gone, the model is missing. Where can she be? Did she leave with Tom? Have you seen her?

Tom continues taking pictures of small towns with wanna be models and he marries a beautiful girl.

He hires four girls in the next town and because one of the girls reminds him of his first and only love, his wife is very jealous of her.

Tom arranges for two girls to go to New York to try for a position with The Top of the Line Modeling job. Angie, one of the girls, didn't show up. What happened? Did the jealous wife do away with her?

Lots of twists and turns before the mystery is solved. Enjoy the book.
Read more
Other Formats: Paperback 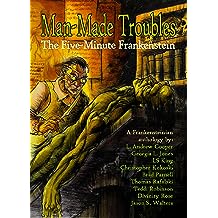 Today’s most talented authors build upon the original themes and topics to present new ghastly fiction based on many of the various aspects of the original Frankenstein story. But there was a catch to the assignment – each story could only be four pages long.

Enjoy these tales, which have been distilled down to their very essence for your horrific pleasure.
Read more
Other Formats: Paperback