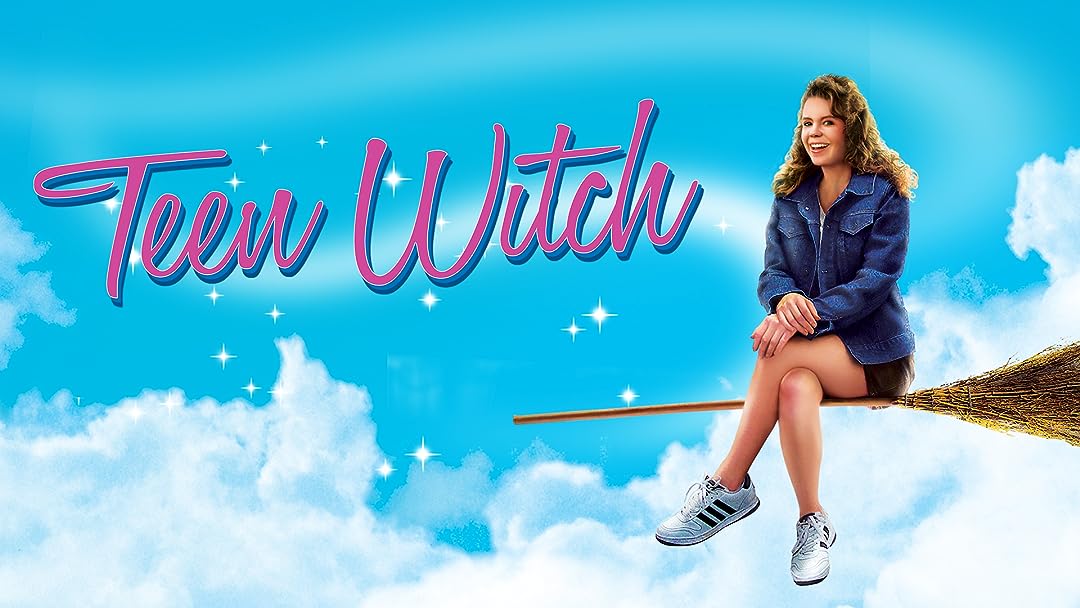 (3,321)
1 h 33 min1989X-RayPG-13
One week before her sixteenth birthday, a girl realizes that she is the descendent from one of the witches of Salem. She uses her newfound powers to snag herself the football-hero as her boyfriend and to become the most popular girl in school.

Olivia MarshallReviewed in the United States on April 11, 2019
3.0 out of 5 stars
Enjoyed the 80s hair, clothing, makeup, and music, but plot was pandering
Verified purchase
Out of total boredom during a slow day, I decided to watch this. I sent clips of it to my friend, who is obsessed with finding the worst movies to watch. I knew she would enjoy it because of its horrible acting, and 80s theme. The outfits are on point, as are the clothes and the music, but there was no little actual storyline that I struggled actually enjoying it.
She is an awkward girl with an awkward friend in school(wow, revolutionary!) but she finds solace in drama class and is close with the drama teacher. She finds a medallion in the wardrobe room and puts it on. Later she is nearly run over by her crush while he is canoodled by his girlfriend. She walks to the nearest house and asks to use the phone. But the woman insists on reading her palm instead and it is revealed that in a few days time she will be 16 and have magical powers. Wow. Really? And the medallion is alluded to being a source of power. She gets her mentor to help her preform a spell to make her look like her favorite pop star so she can be popular- and all that really happens is a wardrobe adjustment and a major perm. Oh, and everyone loves her suddenly. She is happily shown reading admiration letters and fan mail, but when they show up to cheer for her on her lawn, she looks sad. *eye roll* There are major plot holes- You never find out if her relationship with her best friend is repaired, or what happens to the little brother(or even what happened to him in the first place). Her mentor implies that she has to use the teen witch to get what she herself wants, which makes me wonder if she was a true witch- and then begs the teen witch to not revert to her unpopular self because she now has nice things and a fancier house(what?? when did this happen and why did it happen?)
The teen witch has to say certain incantations from a special book to make spells happen, but then other times she merely has to wish it upon herself or just say common phrases.
The guy she likes is clearly in a relationship with another girl, but as soon as she becomes popular herself, he suddenly notices her. She redeems herself a little when she worries that he only likes her for her superficial changes, and I thought that that would be the actual plot- realizing she is good enough on her own without the aid of a spell. But she never stops being the beautified version of herself and he suddenly acts as though he respected and liked her the entire time- which is not true to the story. Not to mention the oddity of him driving her around, making out with her in abandoned buildings, rowing her around a pond, and then- quite presumably- asking her to the school dance. She was fine accepting all these things, but the dance was where she draws her line and begins to really doubt his affections for her. This is where I really lost interest because this movie was clearly targeted to very young teen girls, placing the majority of importance upon a dance, and not to the days spent willingly together. So he meanders back to the girl he was previously in a relationship with and takes her to the dance instead- until the teen witch shows up in her skin tight dress and is paraded around on the shoulders of other boys. She removes her medallion and throws it to her mentor and Brad leaves his gf(again?!) for her and they dance and make out. Does this mean she gives up her powers? What does it mean?!
I found the random song/dances distracting and weird, although humorous(I don't think they were meant to be). Over all, a Very cheesy 80s film to watch and make fun of with a friend, but nothing to be taken seriously.

pattk77Reviewed in the United States on March 28, 2017
4.0 out of 5 stars
Blu-Ray Review
Verified purchase
I'm only a mild fan of T.Witch but I love 80's nostalgia so I was interested in the bonus material. If your a fan of the movie you should enjoy this special edition. Included are very lengthy interviews with cast members that run about 20 something minutes each. They even talk to the guys who wrote the rap songs in the film. All the main cast are here and they give their thoughts on the movie as well as their careers and other projects they did. So in total all these segments together run well over the hour mark so they're not short changing the buyer with quick 2 minute interviews. It's a lot of happy talk and fond memories that can seem long-winded at times but I found myself enjoying it more than I thought I would. There's also a commentary and I don't see why it won't be a good listen with the entire cast on the track.
13 people found this helpful

Gypsy89Reviewed in the United States on August 19, 2017
5.0 out of 5 stars
So Cheesy, I Love It!
Verified purchase
This movie is serious nostalgia. As a kid growing up in the '90s, this movie used to air all the time on the Disney Channel. I mean, ALL THE TIME. I had it recorded on VHS and of course, I loved it. (I was really into magic and witches! Still am!) I'm happy I was able to get my hands on a copy via DVD, and I may eventually upgrade it to a Blu-Ray because of the special features. I haven't even watched it yet, but I know it'll be cheesy as heck, and that's what I love about it.

SheenaReviewed in the United States on May 27, 2019
4.0 out of 5 stars
Torn between hating and loving this movie.
Verified purchase
As a Christian, I can clearly see the agenda being pushed by this movie script...The script does indeed have many holes and things that leave us all saying (huh??)...that pasrt I guess I don't mind as much because it is for the most part just a silly 1980's teen movie, but what I hate is that Hollywood just wanted another reason to push witchcraft onto the kids, making it seem like it is just innocent and silly, and that all we really need to do is "believe in ourselves" to make anything happen...More anti-Christ propaganda, which I detest because witchcraft is not fun and games; it is actually quite evil and involves demon possession, blood sacrifices, rituals, and a lot of ugly abhorrent things...which Hollywood revers since the industry is run by literal Satanists who practice the darkest Satanic worship. Having said that, I do love 80's teen movies however, and I can appreciate at least that nostalgic aspect. Dan Gauthier WAS dreamy....I think his career never really exploded because he looked a bit too much like Tom Cruise, and who knew Robyn lively is Blake Lively's half sister???!!! I just found this out today!
4 people found this helpful

D. AndersenReviewed in the United States on January 12, 2018
5.0 out of 5 stars
Cute 80's movie
Verified purchase
Just a cute movie my daughter and I used to watch. Bought it as a remembrance of her growing up. Robyn Lively is absolutely adorable. One part of the movie may be a bit mature for younger audiences, but otherwise it is cute. Although the character tries to use witchcraft (nothing dark here) to get her guy, in the end she depends on herself. Good message at the end.
5 people found this helpful

LisaReviewed in the United States on December 5, 2018
5.0 out of 5 stars
Loved This Movie as a Kid
Verified purchase
I absolutely loved this movie growing up in the 80’s and 90’s. Sadly they do t really show it on TV these days, so I forgot about it - life happens. Then I saw the ‘Top That’ video circulating Facebook and remembered how much I loved this movie. So, where else am I going to find random things, but Amazon? Found it instantly, purchased and got to share it with my kids and husband (who never saw it) - they thought it was a bit cheesy, but still enjoyed it
6 people found this helpful

J. Spotted Eagle HorseReviewed in the United States on November 2, 2021
1.0 out of 5 stars
Just as bad as I remembered
Verified purchase
Lets face it. The plot of this film is so thin, it is transparent. Take one plucky underdog, and ugly her up. Add one miracle, and voila! Instantly beautiful girl who gets to live out her dream, with the boy who never noticed her before!
Add in a bratty sibling, and a weird sidekick, and you have the basic plot of this, and just about every other romcom movie ever made. The glurge content this movie is so saccharine, it's nauseating.
It's ok if you are bored, and have absolutely nothing better to do with your time. And I mean, absolutely NOTHING!

Lucy ZReviewed in the United States on May 15, 2019
1.0 out of 5 stars
Really lame
Verified purchase
I can't believe this is so highly rated. I guess it's one of those "so bad, it's good" movies? Ridiculous writing. The adult actors must have wanted to die of embarrassment being in this movie. It's complete garbage. The outdated style is good for a laugh, but do you really want to spend two hours on it?
3 people found this helpful
See all reviews
Back to top
Get to Know Us
Make Money with Us
Amazon Payment Products
Let Us Help You
EnglishChoose a language for shopping. United StatesChoose a country/region for shopping.
© 1996-2022, Amazon.com, Inc. or its affiliates