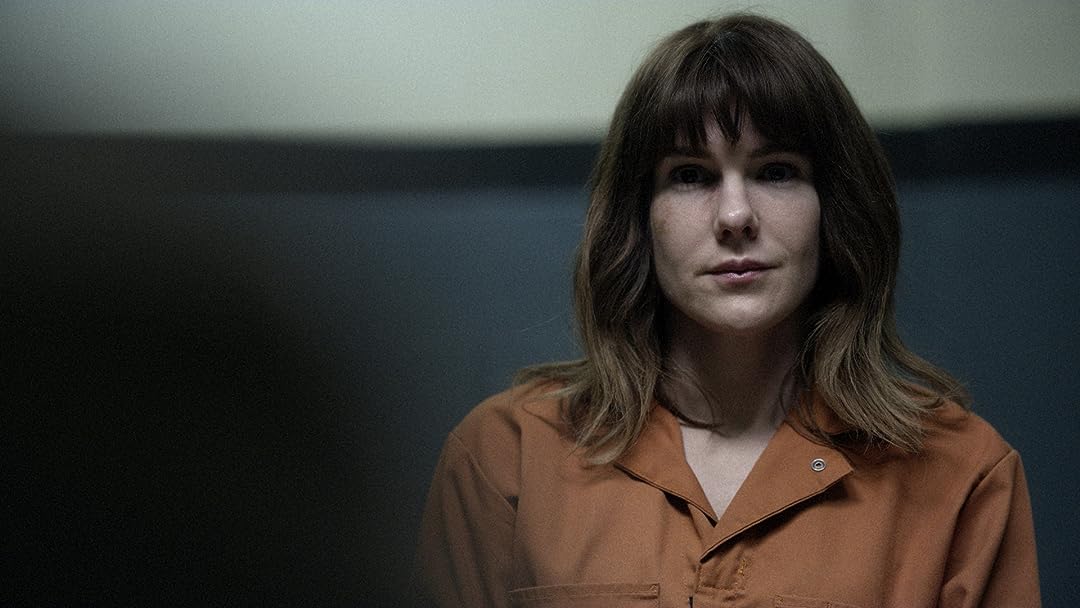 Tell Me Your Secrets

Season 1
(2,890)
7.42021X-Ray16+
Tell Me Your Secrets is a complex thriller revolving around three characters, each with troubling pasts clouding their intersecting motives: Emma (Lily Rabe) is a young woman who once loved a dangerous killer, John (Hamish Linklater) is a former serial predator desperate for redemption, and a grieving mother Mary (Amy Brenneman) who is obsessed with finding her missing daughter.

Craig PReviewed in the United States on February 19, 2021
5.0 out of 5 stars
Don't know why there are bad reviews
Really enjoyed this show. I binged it in one day. The show has a great storyline and the acting is superb. Very suspenseful and super interesting. The character development is great too. Would definitely recommend a watch.
502 people found this helpful

V JohnsonReviewed in the United States on February 19, 2021
1.0 out of 5 stars
100% Waste of Time. Stupid.
What a joke and total waste of time. cliche bayou living that in no way exists today but maybe 150 years ago. so the stupid plot is a mother of a missing daughter who ihas possibly been raped and kidnapped hires a just released prisoner who has raped lots of girls to find her daughter. Have we heard of legitimate private eyes anyone? I mean how stupid is that and it's not believable so he puts on a suit and goes out and pretends to be a detective. She gives him her gold am express card! this is a total insult and such a waste of time. does he rape the daughter when he finds her? Oh no sorry he's found religion. Don't worry mom she's in good safe hands. Omg. they tried to come up with some kind of new idea for a storyline and somebody must have been dreaming and having hallucinations because this is just so absurd it's just laughable. it could be a comedy because it's so stupid it's so unbelievable it's really a waste of time and I'm just thankful that I didn't pay to see this or I'd be calling up Amazon to demand a refund because this is just a total waste
358 people found this helpful

vishnuReviewed in the United States on February 19, 2021
1.0 out of 5 stars
Hate, detest, loathe it.
The writer's have the grieving mother hire a rapist to find a released felon in witness protection? A rapist? A rapist? I just cannot accept that, it is beyond unbelievable, for many reasons, the primary one being that he's a rapist, not to mention he's not at all or in any way skilled in matters of detection. "What is your expertise?" "I rape and I see gaps in safety to help with my raping." "You're hired!" And quite conveniently the rapist suddenly becomes an uber-detective supreme, without any prior experience! Extraordinary! And we're supposed to enjoy this. are we? Pardon me, but rapists should be in jail for life. just my opinion. And considering what her daughter might or might not have endured. to hire a rapist would surely not even be considered as an option, you would, in reality, hire a highly competent private detective or retired FBI agent, someone with contacts and expertise, someone who wasn't as with the rapist, unable to leave the state to follow leads because he's on probation. Oh, but as we see in the series, the mother is super powerful and can easefully without any delays or difficulties, grease the wheels of justice to allow the rapist to leave the state and gallivant wherever he pleases! More nonsense we must mindlessly accept! Would you, in good conscience, give a rapist free reign and endless funds without any oversight? Gosh, I don't know about you, but I'd be awfully worried he'd resume his former ways. It's okay though, he asserts he's reformed! Well, I feel better already. Hey, maybe next she can find a former drug addict and give them an entire warehouse filled with cocaine to supervise! And what a great deal of trouble to go through when it would have been so much easier for her to just simply hire an actual detective. As for the rest of the story, the writers have magical powers; they can make a good idea for a series disappear! It is dull, dull, dull. Lily Rabe's bayou murder mystery is trite, her past with the serial killer shockingly uninteresting, and the dimensions of her own character are shallow, the viewer is not invested in her, just as they are not invested in the mother, both are tragically and remarkably unlikable. This show is best suited for hate watching with friends and family or for masochists seeking punishment.
305 people found this helpful

CCDAYReviewed in the United States on February 19, 2021
5.0 out of 5 stars
Hero's journey worth the ride . . . .
I liked this - a lot! The story is one I haven't read or seen before. It was interesting, made me think, so much foreshadowing, kept me on my toes. The relationship dynamics of these strong women was addictive. I appreciated the originality of Season 1. CAN.NOT.WAIT.FOR.SEASON.2. Lily Rabe's character Karen Miller / Emma Hall has a journey and mission before her I do not want to miss!!!!! Rabe crushes this role. Thank you to the creator(s) for these bad-ass-I'm-a-lady-with-balls characters. More please. If you do decide to watch, grab a coffee/tea/bev., settle in, and pay attention . . . . . the twists will spin your head. And if like me, you are a woman, celebrate the strength of these female characters. It is refreshing, and it is about time.
276 people found this helpful

MegaBuyerReviewed in the United States on February 19, 2021
1.0 out of 5 stars
Just bad
All I could take was the first 19 minutes......this liberal BS has to stop ! Politics & Hollywood don't mix.
270 people found this helpful

Kevin XieReviewed in the United States on February 19, 2021
5.0 out of 5 stars
Good for passing time and active watching
I watched this partly a while back when it was still in development (Amazon previews survey panel).

While I have yet to watch all the episodes from this season, the first three episodes (roughly) were very interesting in terms of setting up the main characters. The "thriller" kicks in very early on by the second episode, which, in my opinion, was enticing for me to continue watching.

I will update this review accordingly as I continue to watch the series.

On an unrelated note, the early reviews for this show seem to be unrelated to the actual show. I am not sure if that is constructive in the general sense.

Melissa BaileyReviewed in the United States on February 19, 2021
1.0 out of 5 stars
Terrible
Trite plot; mediocre acting. I'd recommend to anyone suffering from insomnia; as watching this show, in conjunction with sleep medication, will induce sleep.
150 people found this helpful

Pamela LoringReviewed in the United States on February 19, 2021
2.0 out of 5 stars
Great acting, rich feminist thematic materials, but terribly convoluted storyline
So sad that the series starts with the conceit that the girlfriend of a serial killer would end up in a witness protection program, and is stupid enough to be locked up by her 'caretaker' who medicates her. When a young friend dies, she needs the caretaker to contact the police--she won't do. He tells her to go to bed. So sorry--some of this stuff gets nears the objectification, exploitation and terror women face in a world full of stalkers, but when it neglects to inform its main female characters with intellectual agency, it does them a huge disservice. I wish I could watch more and maybe I will, because the moody cinematography and stellar acting draw me, but some of this seems so ridiculous, I can't keep watching.
122 people found this helpful
See all reviews
Back to top
Get to Know Us
Make Money with Us
Amazon Payment Products
Let Us Help You
EnglishChoose a language for shopping. United StatesChoose a country/region for shopping.
© 1996-2022, Amazon.com, Inc. or its affiliates