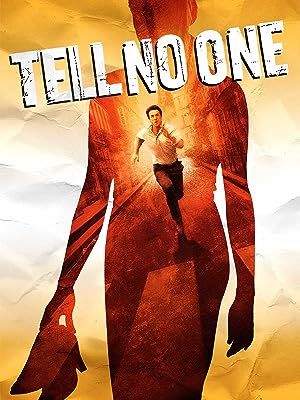 (657)
7.52007NR
Based on Harlan Coben’s international best selling thriller about pediatrician Alexandre Beck who still grieves the murder of his beloved wife Margot Beck eight years earlier. When two bodies are found near the scene of the crime, the police reopen the case and Alex becomes a suspect again.

Kindle CustomerReviewed in the United States on April 12, 2021
3.0 out of 5 stars
Well done, but not easy to follow
Verified purchase
This is a good adaptation of the Coben novel, with a few caveats: The time structure is at times unnecessarily complicated. For instance, we get the traditional confession by (one of) the real killer while the accused, innocent protagonist wears a wire. Then a couple of scenes later, after the confessor shoots himself, comes the remembered flashback to the confession that fills in more details.

The last 20 minutes are an extended reveal and explanation of the convoluted back story and plot. It is actually a relief because following along through most of it is difficult for a couple of reasons: The roles and relationships of the very many people in the mystery are not always firmly established so you are left guessing about who is who. This is complicated by a couple of the women being near lookalikes.

And last, the biggest impediment is that the English subtitles are several seconds out of sync with the spoken dialog. In even a moderate back-and-forth dialog between same-sex characters it is easy to lose track if who is saying what.

Ronald MerrittReviewed in the United States on June 5, 2021
2.0 out of 5 stars
Subtitles Are NOT Working Properly!
Verified purchase
This is a French langauge film. The English subtitles are delayed by a few seconds. As a result, the dialogue becomes confusing - unless you understand French, you cannot tell which character says what. It is confusing and very distracting! I don't know if this problem is am Amazon Prime issue or if it was something in the making of the film itself that causes the delay. Either way, I gave up after about 20 minutes.
7 people found this helpful

Berferd &#34;Buford&#34; CheswickReviewed in the United States on June 23, 2022
5.0 out of 5 stars
Terrific thriller and love story
Verified purchase
You need a bit of patience, and some sentimentality, to get thru this film. It's well worth the effort.

Roger Ebert rated it 3.5/4 stars, and for good reason. It's well-scripted, a good retelling of the Harlan Coben novel, and it has thrills, chills and spills. Plus, it's charming.

But, as Roger said, you have to meet it halfway-

``"Tell No One" will play as a terrific thriller for you, if you meet it halfway. You have to be willing to believe. There will be times you think it's too perplexing, when you're sure you're witnessing loose ends. It has been devised that way, and the director knows what he's doing. Even when it's baffling, it's never boring. I've heard of airtight plots. This one is not merely airtight, but hermetically sealed.''

It's rare when a police procedural is this good without exploding cars and machine guns everywhere. The French impart some subtlety to their cinema. The villains are plausible, not the comic book caricatures painted in U.S. cinema.

GreenJimReviewed in the United States on February 18, 2018
5.0 out of 5 stars
Excellent film
Verified purchase
Excellent film. There have been enough detailed reviews of plot, acting, and video quality that I won't bother you with my amateur musings. Though this is a foreign film, it was coded to play in regular US Blu-Ray players. ( I am such a fan of foreign mysteries that I bought a region-free Blu-Ray player to take advantage of the variety of films and TV series - as well as the often lower prices.) The film is in French, but you can choose an English soundtrack. It has both French and English subtitles.
15 people found this helpful

Gina LiguoriReviewed in the United States on May 23, 2021
3.0 out of 5 stars
Good acting all around, but very poor adaptation of a great book.
Verified purchase
No where near the book. The book was one of the best mysteries, ever and I read a lot of mysteries. I love the British and Scandinavian, but for an American writer, he did a great job. BUT while I liked the actor a lot who played Alex and actually all the actors were good, the story was not. In the book when he gets the first "hello" from a seemingly dead wife, we are shocked. I also know that the "killer" and the reason, just seems tacked on here at the end. Nothing was about that for ninety percent of the movie. Good acting, bad screenplay.
2 people found this helpful

Todd M.Reviewed in the United States on March 2, 2019
2.0 out of 5 stars
It’s convoluted and unbelievable but not a very good suspense/mystery.
Verified purchase
It turns out to be a who did what to whom movie with more than a few twists and an excellent foot race similar to Marathon Man. Overall, not a very good movie but moved along quickly and you never really knew what was the truth till pretty much the end of it. The casting, acting and dialog were all pretty poor and the plot was convoluted and totally unbelievable I think that’s exactly what could have made this type of movie work as a solid mystery and/or suspense movie but it was just too boring because the central character had little emotion and what he did offer just wasn’t enough. We just watched it again because we didn’t remember we had seen in and that pretty much sums up how we thought of it the first time.
4 people found this helpful

KitReviewed in the United States on March 22, 2019
5.0 out of 5 stars
I think this is the best movie mystery I've ever seen...
Verified purchase
Someone recommended this movie when it was in an "art" theater in San Francisco. We saw it...about ten days later we decided we had to see it again, it was SO good. Everyone we've told about the movie seems to have agreed with our opinion...bought this copy as a gift for someone who had not seen it. The star of the movie is a Frenchman named Francois Cluzet. He won best actor for it in France. See his newest movie...The Intouchables. He won best actor for it too...and his co-star Omar Sy, won best supporting actor...it's a great movie too...
7 people found this helpful

Glama PussReviewed in the United States on May 9, 2022
3.0 out of 5 stars
Very good altho also very...
Verified purchase
complicated. I chose to read the subtitles and tho I picked up on relationships I didnt always know the names. There are some street gangs in this and also some high up 'gangs' that being the Neuville characters. There's a big coverup. I could see this being done w/American actors, the punches & shots wld be louder ofc and more action thrown in, but still very intriguing. Recommend.
One person found this helpful
See all reviews
Back to top
Get to Know Us
Make Money with Us
Amazon Payment Products
Let Us Help You
EnglishChoose a language for shopping. United StatesChoose a country/region for shopping.
© 1996-2022, Amazon.com, Inc. or its affiliates