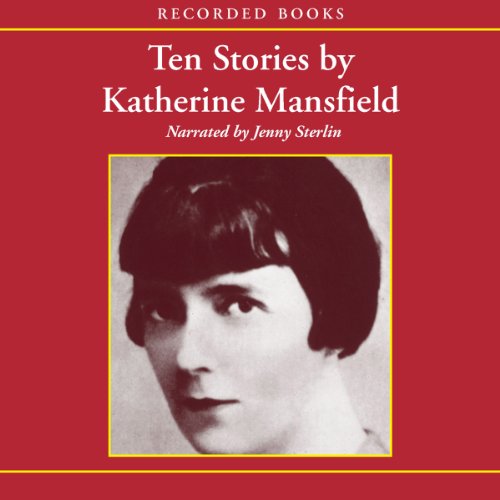 Although Katherine Mansfield was born in New Zealand in 1888, she spent much of her short life in England and on the Continent. As she wrote about the privileged worlds she encountered there, her stories quickly attracted literary attention. Prelude was hand-published by Leonard and Virginia Woolf at their Hogarth Press. Readers today still applaud the grace with which Mansfield fuses image, mood and meaning. Here are ten of Katherine Mansfield’s extraordinary tales. The exquisite narration by Jenny Sterlin gracefully captures both their subtle moments and their startling revelations. A whispered phrase, a ring twisting on a finger—each becomes a symbol for the broader emotional forces at work. Included are: "The Baron", "The Modern Soul", "Prelude", "At the Bay", "Bliss", "The Man Without a Temperament", "The Daughter of the Late Colonel", "The Garden-Party", "Miss Brill", and "The Doll’s House".

Enjoy a free audiobook + more
Learn more about Membership
List Price: $20.99
You Save: $9.04 (43%)
By completing your purchase, you agree to Audible’s Conditions Of Use
Sold and delivered by Audible, an Amazon company
Share