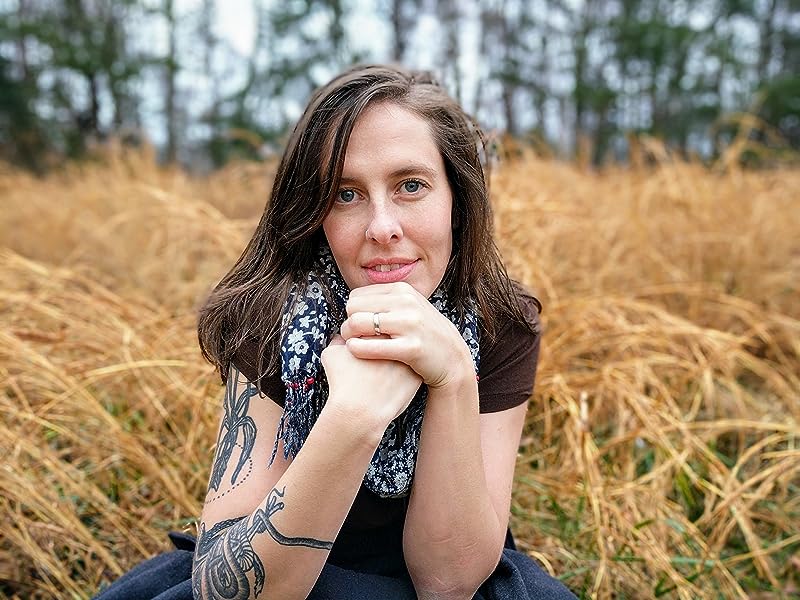 An Amazon Best Book of September 2019: Often it’s not the ingredients that make the difference in the final product but the storyteller who wields them. Alix E. Harrow’s The Ten Thousand Doors of January includes book ingredients we’ve seen many times before: a girl discovering her true identity, a faithful animal companion, a missing parent, a Very Evil Person, and a book of power. But Harrow takes this basic recipe for a coming-of-age adventure and bakes in an emotional and heroic resonance that thrums deep in the reader’s belly. January Scaller is left with her father’s patron on an expansive Vermont estate, while her father travels the world searching for interesting relics in the early 1900s. One such relic is a book titled The Ten Thousand Doors, which tells of Doors between worlds. January knows the book must be true, because she once saw such a Door. When her father goes missing, January decides to leave her cosseted existence to discover his fate. Rejecting comfort in order to grow into one’s strengths is a theme that echoes throughout the novel. “I didn’t want to be safe, I suppose. I wanted to be dangerous, to find my own power and write it on the world,” one character explains to January. As she travels to new countries through new Doors, January learns how to be audacious, to write her power on the world, and to live the wild, exuberant life that her sheltered upbringing had denied her. Those who keep Philip Pullman’s His Dark Materials trilogy or Katherine Arden’s Winternight novels on their keep shelf might want to add The Ten Thousand Doors of January in its own spot right beside them—a mighty reminder that heroism, done properly, should be dangerous indeed. —Adrian Liang, Amazon Book Review

In January Scaller's world, there are Doors that open to other worlds. You just need to know to look for them. Harrow's historical fantasy tackles familial loss and estrangement, as well as class and race relations in the early 20th century. The narrative follows January from childhood to adolescence. VERDICT Harrow's sprawling tale is an ode to the power of storytelling to heal wounds.—Elliot Riley, Deerfield Academy, MA

"Many worlds, vanishing doors, mind-cracking magic: I clung to each page, searching for answers. This is one of the most unique works of fiction I've ever read!"―Tamora Pierce, New York Times bestselling author

"A gorgeous, aching love letter to stories, storytellers and the doors they lead us through...absolutely enchanting."―Christina Henry, national bestselling author of Lost Boys and Alice

"The Ten Thousand Doors of January begins as a simple adventure, but like its mysteriously transportive doors, leads deeper and deeper the further you read. Each page dazzles with things to be discovered: a mansion of priceless artefacts, a secret journal, a tantalizing quest through strange and beautiful places, and a love story that spans time, worlds, and magic. I couldn't put it down."―Peng Shepherd, critically acclaimed author of The Book of M

"One for the favorites shelf... Here is a book to make you happy when you gently close it. Here you will find wonder and questions and an unceasingly gorgeous love of words which compasses even the shape a letter makes against a page."―NPR Books

"Harrow has created a gorgeous world of magic that is at once familiar and startlingly new. With lush writing and a sense of wonder, The Ten Thousand Doors of January examines power, progress, and identity. It is an adventure in the best and grandest sense."―Erika Swyler, author of The Book of Speculation

"The Ten Thousand Doors of January is devastatingly good, a sharp, delicate nested tale of worlds within worlds, stories within stories, and the realm-cracking power of words."―Melissa Albert, New York Times bestselling author of The Hazel Wood

"The Ten Thousand Doors of January healed hurts I didn't even know I had. An unbearably beautiful story about growing up, and everything we fight to keep along the way."―Amal El-Mohtar, Hugo Award-winning author

"A love letter to imagination, adventure, the written word, and the power of many kinds of love."―Kirkus

"A gorgeously written story of love and longing, of what it means to lose your place in the world, and then have the courage to find it again. This book is a door I'm glad to have opened."―Kat Howard, author of An Unkindness of Magicians

"The Ten Thousand Doors of January is both whimsical and smart, using engaging writing and a unique plot to touch on serious topics. Harrow's debut reads like a love letter to the art of storytelling itself, and readers will be eager for more from her."―Booklist

Alix E. Harrow is an ex-historian with lots of opinions and excessive library fines, currently living in Kentucky with her husband and their semi-feral children. She won a Hugo for her short fiction, and has been nominated for the Nebula, Locus, and World Fantasy awards. Find her at @AlixEHarrow on Twitter.
Read more