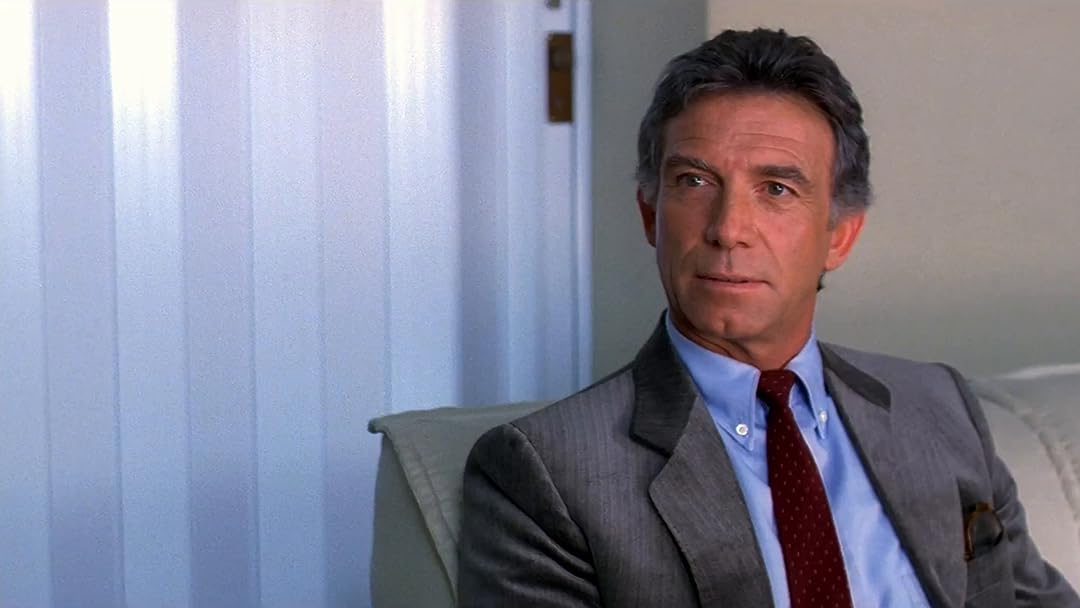 A.BinkleyReviewed in the United States on May 6, 2021
5.0 out of 5 stars
Sex, blood, and... literature
Verified purchase
Classic horror, lots of nudity and murder. I'm beginning to understand why the horror nerds are always talking about Italian "giallo" films. I highly recommend it to anyone who prefers trashy horror with a nice veneer of respectability. Extra points for the lesbian couple with a weird bisexual humiliation kink with no where near enough screen time, the PTSD of one of the characters being played for laughs via a near car accident, and the final death of the killer which is only funny if you've seen one too many horror movies and are totally desensitized to cinematic death (I found it hilarious). I'm sure Joe Bob would say "check it out!"

Jim K.Reviewed in the United States on February 7, 2002
4.0 out of 5 stars
Gore, blood, great sound and very good picture! Enjoy!
Verified purchase
I watched "Tenebre" before and wanted to view it again before writing my review. Recently I observed a very disappointing Image Entertainment offering of a Mario Bava film ("Hatchet for the Honeymoon") so I wanted something that would stimulate my senses - right away!
My system roared back to life when I chose and played "Tenebre". The surround sound is excellent for the 1982/1983 film and the picture alone I would rate probably --> 3 stars. There is plenty of color in the murder scenes. As always, I do not review the movie, directing, or acting, as I prefer to give readers tips on the quality of the DVD. As such, I highly recommend that you add this DVD to your Dario Argento collection; it's quite thrilling. Please note that Anchor Bay DVD's do not play well or at all on older DVD players or drives. Since I upgraded to a 16x drive, all my Anchor Bay DVD's play smoothly including "Tenebre".
A behind-the-scenes feature of sound effects is quite interesting. I could also listen to Dario speak about his films, in Italian, all day long. Of course, I need the translation or subtitles to help. There is a brief interview with Dario on this DVD with an audio translation.
There is plenty of blood and gore in this film for those who love it. Sounds too! Also noteworthy is a scene featuring a mature, voluptuous and solid woman who kneels down in front of a group of young men that are only wearing white pants. It's quite sensual. For whatever reason, one of the boys hits this woman. Later he is restrained and this beautiful but rough lady stomps on his face and puts the high heel of her red shoe into his mouth. It's a very exciting and thrilling scene! You will enjoy this scene very much as you figure out what it means to "Tenebre".

General ZombieReviewed in the United States on October 3, 2004
4.0 out of 5 stars
More Brutal Giallo from Dario Argento
Verified purchase
I don't seem to hold Tenebre in quite as high esteem as most Argento fans appear to, but this is still a fine, highly entertaining film. While not as strong visually as the his 2 supernatural horror films just prior to this, or the following film Opera, it has easily the most satisfying plot of the 5 Argento films I've seen(Deep Red thru Opera, excepting Phenomena), and still has strong murder sequences, enjoyable music, and quite a fair bit of style in general. Thus, it is definitely worth a look.

The plot involves an American writer, Peter Neale, on a trip to Rome who becomes involved in a murder investigation when a victim is found with the pages of his latest book stuffed down her throat. Naturally the killer is obsessed with Peter, so he is both a potential victim and a potentially of great help in the investigation. This isn't the most original or exciting set up you're gonna hear, but as with all the other Argento films I've seen, the plot isn't really what matter. However, I will say that the major revelation of the film is actually fairly satisfying, and, well, cool. It is perhaps not the most likely thing in the world, but it's close enough. Some have complained that the plot is too reliant on coincidence and contrivance. Frankly, this doesn't bother me, though one scene does is a bit too unlikely.(A character is attacked by a dog, which chases her until she takes refuge in the killer's house (!)) This would bother more me, but this happening isn't utterly necessary for the continuance of the plot, so I'll forgive them. The acting is acceptable, but not remarkable. Anthony Franciosa is a bit on the bland side as the lead, but this is a fairly reasonable portrayl. John Saxon and Daria Nicolodi also give some fairly good performances, but everyone else is pretty blah. John Saxon provides the small bit of humor in the film, most of it involving his new hat. A new hat may not seem like a comedy goldmine, but it's actually kinda amusing.

The lighting and set-design is probably the most conventional of the Argento films I've seen. Here Argento uses an odd tactic that doesn't quite work: He has pretty much the entire film be extremely bright. Much of the time this just looks odd, particularly when you have outdoor nights cenes which are perfectly well-lit and bright. Not a huge problem, but it is bit odd. There's still some great camera work, however. There are lots of great, slow prowling shots of the killer's lair and his handiwork and so on. The much famed scene of the where the camera crawls up one side of an apartment building, viewing the seen to be victims, and coming down the other side to show the killer entering a window is quite cool. (though not as exciting as most people make it out to be) I'm more fond of the close-up of the killer cutting thru the light bulb, the distant over head shots from inside his/her house, and one shot used just prior to the final murder which I don`t wish to spoil. The murder scenes are generally good, sometimes excellent. The first one is the best. The misdirection used may seem obvious in retrospect but it works at the time, and the way they shoot the deathblow is just great. (It shows a close-up of the victim with half of her head taking up the left half of the screen , cuts to a shot of the razor extended and shows it slice out of the frame, cuts to a bloody piece of paper falling out of her mouth, cuts backs to the original shot, as her face slowly falls to her left. I don't know how that sounds on paper, but trust me, it's great.) Argento has a reputation for using extreme violence, which is sort of deserved and sort of not deserved. Other than the much famed arm-stump-spewing-blood-all-over-the-wall-scene and the killer's death, nothing here is really that bloody, though it's all very brutal and harsh, and the camera rarely shies away from the violence. (And it really starts piling up the bodies by the end. Far moreso than I would've imagined at the start of the film.) Despite the frequent comparisons to slasher films, the death scenes in Tenebre are generally more about the way they are shot and staged than extreme gore or novel method of death. The only scene that doesn't work that well is the first ax murder. The slow perspective shot of the victim running away doesn't work all that well, and the actual blows are far from convincing

Goblin, minus their drummer, are back to do the soundtrack again., and it's got another synth-jazz-rock with some more ambient stuff thrown in. Although I didn't care for it all the first time around, and it is rather dated in many ways, I've grown to really like the soundtrack. The more atmospheric stuff is best, though I've grown to like the peppier jazzier stuff too. (Though it sometimes seems a bit too light hearted for the scene)

Well, that's it. If you haven't seen any Argento films you should see Suspiria first, simply because it is the best that I've seen. And if you haven't seen any of his giallo films Deep Red might be a better start, as it is often regarded as the definitive film of the genre. (though I, personally, prefer Opera and Tenebre) If you like those, you should definitely check this out. (Actually if you don't like Suspiria you may want to check the giallo out anyway, as they aren't similar at all, but, ya know, whatever.)
One person found this helpful

Viktor SvenssonReviewed in the United States on May 21, 2014
1.0 out of 5 stars
Terrible Transfer
Verified purchase
I was very excited to watch this film considering I am a fan of Suspiria and Inferno. When I got the DVD the box art was very generic but I didn't think much of it considering my father had gotten another DVD similar to this and it was fine. However once I inserted the disc it immediately jumped to about 30 seconds past the intro. That's where it starts, no menu. The overall look was grainy and yellow, it had looked as if I were watching a VHS as a matter of fact worse than a VHS. So here's my advice to you do NOT buy the edition released by Synergy, buy the blu ray or the Special Editions listed elsewhere. It's bound to be more worth it than this "official release" that has the looks of a flea market bootleg.
One person found this helpful

NaifReviewed in the United States on September 21, 2019
5.0 out of 5 stars
Amazing
Verified purchase
One of the best films of Dario Argento , actually this is the second time I purchase the film after I lot the first one

Giuseppe RandazzoReviewed in the United States on May 14, 2000
5.0 out of 5 stars
THIS IS WHERE &quot;SCREAM&quot; GOT ITS 'CREATIVE' IDEAS!
Verified purchase
If "SCREAM" SHOCKED YOU and kept you in suspense, than DON'T SEE THIS as it will surely KILL YOU! Dario Argento is at it again with brilliant gore murders and more suspense in one murder scene than all of "Scream" and "Urban Legend" combined! An author is stalked in Rome while a murderer is using the murders from his latest novel to kill off "degenerates". You will never guess who the killer is!
See all reviews
Back to top
Get to Know Us
Make Money with Us
Amazon Payment Products
Let Us Help You
EnglishChoose a language for shopping. United StatesChoose a country/region for shopping.
© 1996-2021, Amazon.com, Inc. or its affiliates