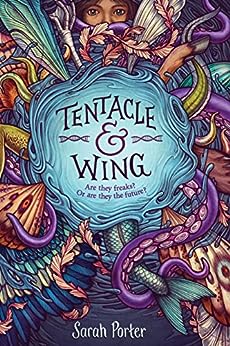 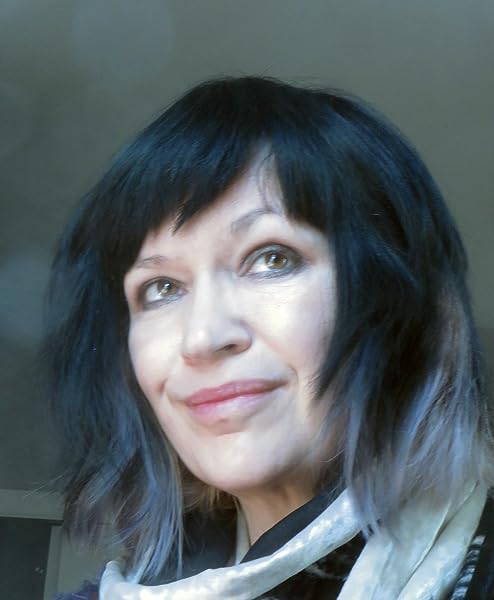 Gr 5–7—Twelve-year-old Ada's greatest secret has been revealed after a surprise test at school. She is a chimera, or "kime," born with human and animal DNA, the result of an experiment gone horribly wrong. She has infrared vision and can see various colors floating around objects. The rest of the world fears kimes, and as a result, Ada is in danger of being hunted or worse. Ada is forced to leave her life behind. She is quarantined at the Genesis Institute with others who are like her. Ada soon finds herself surrounded by all sorts of chimera: a boy whose skin changes color, a girl with dragonfly wings, a boy with seal hands, and more. At first she struggles to fit in but soon meets friends. Ada begins to realize that Genesis may not be telling the children everything and may even be harboring a secret about the origins of the chimera. Young adult author Porter (Vassa in the Night) makes her middle grade debut with a well-written, engaging tale of friendship that is peppered with intrigue. VERDICT A strong purchase for readers who enjoy mysteries with fantasy elements.—William Anderson, Scott County Public Library, IN --This text refers to the hardcover edition.

"Animal-lovers and sci-fi addicts will be hooked." —Booklist

"An inventive, charming tale with a strange mix of science and fantasy." —Kirkus Reviews

"Young adult author Porter makes her middle grade debut with a well-written, engaging tale of friendship that is peppered with intrigue. A strong purchase for readers who enjoy mysteries with fantasy elements." –SLJ

"A pleasing combination of energy and introspection, this is a mix that will land with both the thinkers and the doers." —Bulletin
--This text refers to the hardcover edition.

Sarah Porter is the author of the young adult novels Lost Voices, Waking Storms, The Twice Lost, and Vassa in the Night. She is also an artist and a freelance public school teacher. Sarah and her husband live in Brooklyn, New York. Visit her online at www.sarahporterbooks.com.

4.7 out of 5 stars
4.7 out of 5
32 global ratings
How are ratings calculated?
To calculate the overall star rating and percentage breakdown by star, we don’t use a simple average. Instead, our system considers things like how recent a review is and if the reviewer bought the item on Amazon. It also analyzes reviews to verify trustworthiness.
Top reviews

Amazon Customer
5.0 out of 5 stars Science and adventure in a super special boarding school!
Reviewed in the United States on January 16, 2018
Verified Purchase
Great for 10-13, fun for adults too! Our protagonist Ada has special visual abilities, which she hides because adults find them threatening.

Soon she is sent away to a beachfront colony for kids who are part animal and have unique special gifts. Some become good friends, others cannot be trusted (shades of Harry Potter). This place is full of mysteries! Plenty of action too, along with some bio-science.
Read more
Helpful
Report abuse

Quinnched
4.0 out of 5 stars Interesting with a good message
Reviewed in the United States on December 11, 2018
Verified Purchase
Purchased for Tome Reading Bowl. My 9 YO enjoyed the story but it wasn’t one of her favorites. Kids that enjoy sci-fi will probably enjoy it. It has a good message that opens up potential for further discussion regarding discrimination.
Read more
Helpful
Report abuse

James Prather
5.0 out of 5 stars Content
Reviewed in the United States on July 22, 2019
Verified Purchase
This is a great book for middle schoolers. While it is a bit on the science fiction side, it also addresses bullying and racism within the context of the chimeras/humans.
Read more
Helpful
Report abuse

Jennifer B.
5.0 out of 5 stars A fun read
Reviewed in the United States on November 20, 2017
Verified Purchase
Another creative tale from sarah porter. It weaves together colorful, creative characters in a fast-paced narrative.
Read more
Helpful
Report abuse

Kathy Cunningham
5.0 out of 5 stars Extraordinary!
Reviewed in the United States on September 19, 2017
Vine Customer Review of Free Product( What's this? )
Sarah Porter’s TENTACLE & WING is a deeply moving, viscerally super-charged middle grade sci-fi thriller that had me from the first page. The story is set in the near-future, after a genetic mishap has resulted in children being born as chimeras, with both human and animal DNA. Twelve-year-old Ada has always known she’s different from other kids. She has amazing eyesight that allows her to see through solid objects, a sort of infrared super-vision that turns heat into colors. Her microbiologist dad has trained her to keep her powers secret, since being identified as not totally human (or a chimera) would get her carted off to an isolated prison designed to keep chimeras (or “kimes” as they’re called) separate from normal humans. But when Ada’s secret is discovered, nothing – not even her father – can protect her from being torn away from her family and forced to live with others like herself. Are the kimes really contagious to normal humans, or is it just prejudice and hatred that forces them into isolation? And what is really going on in this newly developing world . . . and why?

This is a remarkably complex story. At first, it seems to be all about our human inability to accept those who are different from ourselves. Ada is mixed race, and even before she’s outed as a kime she’s had to deal endlessly with the question, “What are you?” Before she was identified as a kime, she could always answer that question with, “I’m a human being.” Now she can’t do that. But the normal people’s reaction to the kimes isn’t quite the same as it is to racial or ethnic differences – the kimes are assumed to be contagious, they have animal or insect appendages, they have super-developed senses, and many die at birth. And no one is sure how all this started. Was it really an accident in a genetics lab that set off these genetic mutations? Or is something bigger, even metaphysical happening?

Porter’s characters are fascinating and surprisingly believable. There’s a girl with dragonfly wings who can almost fly, a boy more seal than human who can spend hours under water, and a super attractive boy who seems to be part chameleon (his skin changes with his moods, and it can mimic anything it touches). And all of them seem like real kids, with the same fears and insecurities we all have. The politics of their situation adds additional levels of uncertainty, making it difficult to figure out who the “good guys” and the “bad guys” are. Ada may have kept her secret for years, lying to everyone about what she really saw with her super-human eyes, but the secrets and lies run rampant among the kimes, leaving Ada (and the reader) unsure of whom to trust.

TENTACLE & WING is a surprisingly dark tale, delving deep into the depths of human character. Adults and children alike prove capable of both malicious and benevolent. The lust for power is a driving force, motivating even those who seem like good and caring people. These are characters who struggle to do what’s right while never being quite sure what “right” is. Ultimately, the novel ends with a satisfying conclusion that ties up at least part of Ada’s story while leaving plenty of room for sequels. We learn a lot more about how the kimes came to be, and what their role might be in the future. I was reminded a lot of Octavia Butler’s LILITH’S BROOD series, as well as Margaret Atwood’s ORYK AND CRAKE (both are about genetic manipulation and what it might mean for the future of humanity). And both are very adult books, with very adult themes. TENTACLE & WING is for kids, but it’s challenging and though provoking on a very mature level. Both of my sons would have loved this book when they were in middle school. I highly recommend it.
Read more
3 people found this helpful
Helpful
Report abuse

Tentacle and Wing is a story about a girl named Ada who's father told her to hide the fact that she's different. A different that's misunderstood in her small world and could put her in danger. So for years just her and her father harbor this secret away from everyone, even her mother.

When Ada is taken away to a school for kids "like her" that's when things start to pick up and get really interesting. First of all this book gave me a reminiscent vibe of Peculiar Children except their head mistress wasn't as loving or caring. Then there was Gabe who thought he knew everything and was so power hungry it was incredibly frustrating to watch. Everyone had their own solid opinion about themselves which there's nothing wrong with but they were so closed minded they didn't bother hearing Ada out and when she would speak they all took it as a shot against them and who they were when that wasn't the case at all.

The story takes a really dark and wtf turn that just makes you hate Gabe even more. But as things start to come to the light, more secrets are uncovered.

I'm proud of Ada and the choices she made. How she never lost sight of herself and her opinions. And how she would fight for her friends.

The book closes as if it were open to be either a stand alone or part of a series, which I'm hoping it is part of a series because I'd like to know where this new knowledge takes Ada next! And how Marley is doing.
Read more
One person found this helpful
Helpful
Report abuse

Quickbeam
TOP 1000 REVIEWERVINE VOICE
4.0 out of 5 stars Darkness on the Edge of Town
Reviewed in the United States on September 21, 2017
Vine Customer Review of Free Product( What's this? )
This is a very full and deep entry into YA/SciFi. The creativity of the characters, the science and the community is really astonishing. Porter injects a ton of depth into this book and makes the characters real. What I like about it is that the plot is streamlined enough for a middle school reader but layered enough to be satisfying to older readers.

Porter makes very ambitious choices with canon and almost succeeds on every single point. Her description of the Institute where the children live is dream-like but filled with homey, pragmatic language and touches. The physical descriptions and the child/environment interactions are my favorite aspects of this book.

I have a clear mental image in my head of almost every child described. The writing is that vivid. I was less enthused about the ending which seemed a little too violent and rushed. I definitely need more from this author. This is a story I will not forget when others have passed out of my memory.
Read more
3 people found this helpful
Helpful
Report abuse
See all reviews