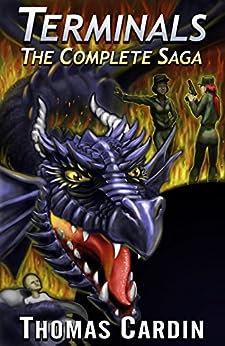 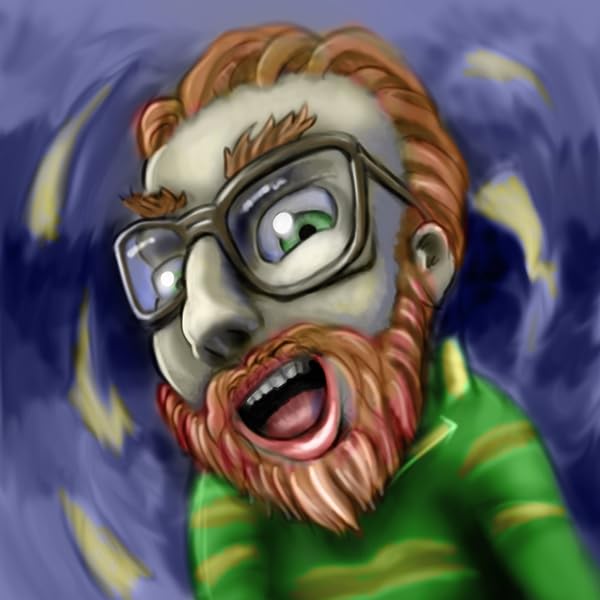 Since the Red Event, one out of every hundred people have gained super powers. Rather than a golden age of heroes, the results are catastrophic. The transformed have become villains. A few have become unstoppable monsters. If the world is to survive, true heroes will have to be made.

Jill Hammond is a teenage girl, one whom the Red Event didn’t touch. She is also a terminally ill cancer patient who’s been given a chance at becoming something much more for the last four to six months of her life – The injection of a mutagenic compound will transform her cancer, giving her superpowers. All she has to do is join the U.S. Army and become part of a top secret special forces team made up of other terminal cancer patients.
Read more
Previous page
Next page
Create your FREE Amazon Business account to save up to 10% with Business-only prices and free shipping. Register today

Thomas Cardin was born in California in 1963, the youngest of four children. His father exposed him to the works of Edgar Rice Burroughs by reading to him at a young age. His father also woke him in the night to watch Neil Armstrong set foot on the moon. When Thomas was old enough to read on his own, his father revealed to him a closet full of books, all adventure and science fiction. Thomas pursued a career in art. His interest in science drew him toward computers and he became an early computer graphic artist in the 1980's. Today he is a veteran graphic artist who specializes in 3D modelling and motion graphics...but that is his day job. Thomas married in 1989 to his wife, Cathy, and became father to her young son, Ralph. In 1991 his son, Roger, was born. In 2010, Thomas began writing. --This text refers to the paperback edition.

Thomas Cardin was born in California in 1963, the youngest of four children. His father exposed him to the works of Edgar Rice Burroughs by reading to him at a young age. His father also woke him in the night to watch Neil Armstrong set foot on the moon. When Thomas was old enough to read on his own, his father revealed to him a closet full of books, all adventure and science fiction.

Thomas pursued a career in art. His interest in science drew him toward computers and he became an early computer graphic artist in the 1980's. Today he is a veteran graphic artist who specializes in 3D modelling and motion graphics...but that is his day job.

4.7 out of 5 stars
4.7 out of 5
4 global ratings
How are ratings calculated?
To calculate the overall star rating and percentage breakdown by star, we don’t use a simple average. Instead, our system considers things like how recent a review is and if the reviewer bought the item on Amazon. It also analyzes reviews to verify trustworthiness.
Top reviews

Seriously, where Heroes was extremely confusing and merely pulled a simple but extremely dark twist on the superhero genre, Terminals pulls a rabbit of creativity out of the hat of Thomas Cardin. It starts off as a superhero genre type but escalates into so much more with the realm of science fantasy and mythology intelligently thrown into the pot.

If you’re not familiar with Thomas Cardin, I advise that you do so very soon because this guy writes stories that are meant for the screen, and I wouldn’t be surprised if he got an offer within the next couple years. I loved his Gifts of Vorallon trilogy where I found out I could trust him to deliver emotional and extremely cool plotlines while running next to his characters, rooting them on, the whole way.

Now, having read the Vorallon trilogy, I was right in expecting Cardin to think outside the box and put cool elements into this superhero universe that we don’t see in all the others. It’s not just flying, super strength, and X-Ray vision. People can also turn into “monsters” while obtaining high end abilities. No spoilers, but something very cool happens to Jill that had me dedicated to seeing her story through to the end of this series--because, hello, they don’t DO stuff like that in the Marvel universe.

There’s a lot of awesome elements in this book, but my personal favorite is a villain called the Balrog named after Tolkien’s demon. However, unlike Tolkien’s demon, Cardin reveals to the reader what it is like to be inside the mind of a sick bastard-turned-monster as well as the extent of his abilities with gruesome results. Let’s just say teleportation and heat go a long way when picking off your enemies. I seriously could not get enough of that guy.
As I read through this I noticed I could count on Thomas Cardin for his pacing. I don’t feel rushed when I read his material and I don’t feel that I want to skip anything because everything that he dwells on is necessary for the plot and/or character development. That specific talent worked out well here despite each Terminals book being no more than 100 pages or so.

Other than pacing, I found that Cardin likes to back up everything that comes out of the characters’ mouths with fact. Personally, I believe this is the true definition of “science fiction” where the author, in addition to creating a story, masses any alien/future technology with a sturdy explanation that most likely will be achieved in the near future. However, other than paying attention to the information that I was interested in, I mostly skimmed over a lot of the facts of Abby’s inventions. But if, for any reason Cardin is questioned, he’s got a source of strong theorizing to back up his stuff.

After reading the Vorallon trilogy I felt like I really knew Thomas Cardin as an author. He cared about his characters in a way that put me, the reader, in the fray of their emotions. Because of this I feel like I can trust him. Even at parts that slow down or don’t show much interest to me, I feel like I can keep going till I reach the end because I know he’s going to deliver a satisfaction and experience that I only get from few selected authors. Definitely give this one a try. I say it’s worth the read.
Read more
One person found this helpful
Helpful
Report abuse

Kindle Customer
5.0 out of 5 stars What a choice for a teenager, die of cancer or take a shot at becoming a monster.
Reviewed in the United States on July 13, 2016
The 1st book in this series captured me heart and soul. Going against her mother's wishes the young teenage daughter of a military officer chooses a dangerous treatment rather than die of cancer. This series is certainly bound for Hollywood, or Disney! The character development is the best I've ever read, the pacing is perfect: lots of action, but time for friends and reflection.

I came to love Thomas Cardin for his drawings, I didn't even know he was an author! What an incredible talent! I intend to go on a search and purchase deployment now, have to get all of his books!!
Read more
Helpful
Report abuse

J. BridgesTop Contributor: Fountain Pens
5.0 out of 5 stars Unique story, moving and exciting
Reviewed in the United States on July 24, 2018
I bought this based on a review by an author who's other works I have enjoyed.
My only objection was the cover spoiled some surprises. Otherwise, I really enjoyed it.
The pacing really kept up so that there are some interesting reveals all the way up until the end.
Recommended.
Read more
Helpful
Report abuse

cdz
5.0 out of 5 stars Tom is a gaming friend of mine.
Reviewed in the United States on October 1, 2018
He’s turned into a very good story teller. I like the depth of his characters and his story. Pick up his books and enjoy! I might be biased but I think not.

Claude
Read more
Helpful
Report abuse
See all reviews
Back to top
Get to Know Us
Make Money with Us
Amazon Payment Products
Let Us Help You
EnglishChoose a language for shopping. United StatesChoose a country/region for shopping.
© 1996-2022, Amazon.com, Inc. or its affiliates