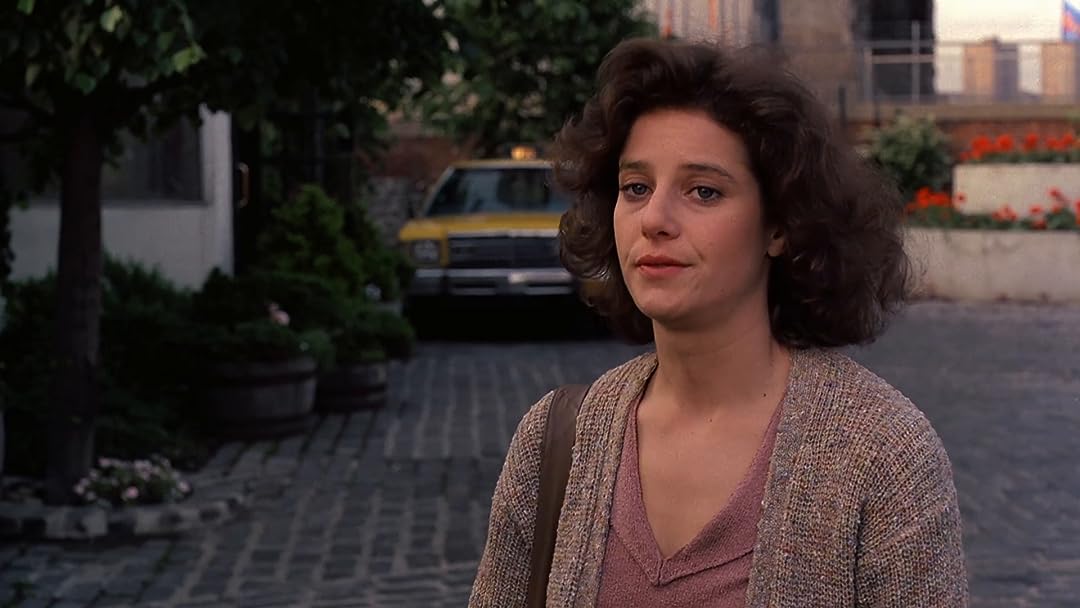 (2,617)
7.42 h 11 min1983X-RayPG
A domineering mother and her highspirited only daughter's love/hate relationship keeps them sparring for years, but when a crisis erupts in the daughter's life their relationship is thrown into turmoil.

JJReviewed in the United States on February 11, 2019
5.0 out of 5 stars
Excellent and nothing like the book
Verified purchase
The person who wrote the script for this movie is a genius and should have won for original screen play because this movie bears so little resemblance to the book that if it didn't have the same title nobody would connect the two at all. The book is boring senseless trash and this movie is one of the best ever made of it's genre. Shirley McClain plays herself as usual but this is an excellent role for her. I've never seen Debra Winger so lovely and believable. In his usual type of jackass role Jack Nicholson walks such a fine line between good and bad that it is amazing to watch. I don't know how he does it but you love him, hate him and feel sorry for him all at the same time. Whoever designed Ms. McClain's wardrobe was inspired. In all of the earlier scenes of this movie she looks like her dresses were designed by someone who makes doll clothes. Not even a preteen would ever wear all those flimsy, ruffly sheer dresses and her hair done up in all those fluffy curls. So funny when she climbs out of that open top car. Inspired writing. It's the script that stands out here. That brilliant script.
15 people found this helpful

ChrisSherrillReviewed in the United States on November 6, 2019
4.0 out of 5 stars
Four and a half
Verified purchase
Family advisory: the F bomb is dropped a couple of times.
I watched “Terms of Endearment” some years ago and was moved by it. I watched it again tonight and was moved again. Everything about it was outstanding. Well, it did move slowly in places, but its pace was generally good. The production values were quite high, characteristic of a high dollar production. Whereas all the other elements that go into a successful motion picture were outstanding, the acting was fantastic. Ms. MacLaine and Ms. Winger played off each other with great success. The same applies to the interactions between Ms. MacLaine and Mr. Nicholson. With the caveat that there are a couple of F bombs, it is highly recommended.
7 people found this helpful

At the core this is the study of a very prickly mother daughter relationship, but it branches out to cover the men in their lives, friendships with other women, etc. The performances are just about universally superb. Some splashy and fun (Jack Nicholson, Shirley MacLaine), others just slightly lower key but still just slightly bigger than life in that good, movie way (Debra Winger), and still others are so simple and quiet they routinely get overlooked, but are little gems as well (Jeff Daniels, John Lithgow).

The film has a wonderful way of never going quite where you expect it, as it traces 30 years of life. Serious scenes turn funny, funny scenes end up making you cry, and no one ends up where they, or we, would have guessed. Especially in more recent, revisionist reviews, the film is often attacked for being sappy or melodramatic, but the older I get the more I see that life itself can be sappy and melodramatic, and if those elements are dealt with honestly they can translate real emotions, and can be part of a terrific film.

The only nit-pick I have is a few of the very small roles are clichés (e.g. the upper-class ‘young ladies’ Winger’s character meets in New York). But when that’s the worst you can find to say about a 130 minute film, you’re in a pretty great place. One hell of a feature debut for James L. Brooks.

Francis Booth LynchReviewed in the United States on December 23, 2020
3.0 out of 5 stars
Although predictable still very good
Verified purchase
Movie 3 of 1983 and 103 overall in my journey through films of my lifetime.

Ever meet someone that although they did nothing to you, had nothing outstanding that was wrong with them, even had likeable traits for some unknown reason you just didn't like them? Maybe you can't put your finger on it, you just didn't like them? I feel that way about Debra Winger. I don't like her in anything I have ever seen her in, even "Shadowlands." Interviews with her yielded further distain from some place inside of me. Hurtles present themselves in all kinds of projects and this was the first "Terms of Endearment" had to clear for me to enjoy it. This will make me sound hateful but I promise you that this is only true for a couple of actors and actresses but the way I feel about Debra Winger is multiplied by a factor of two for Danny DeVito. With him I actually know my reasons for disliking his presence: he's slotted for comedic roles and I don't find him funny in any sense of the term. In fact I liked "Always Sunny in Philadelphia" until he came on board so I stopped watching the series. Hurdle number two loomed large. One name, however, sweetened the deal. One name gave me hope as it touched my 4K screen. One name, the most important name, in the most important role, perked me up: director James L Brooks! Never had I succumbed to a project of his that I was not at least entertained by. Could he overcome these significant obstacles?
There is an old saying, "They don't make them like that anymore." In the case of "Terms of Endearment" my response would be, "Maybe that's not so bad." Now I'm not saying I don't think it's a good movie. Rather I just think these films have run their course. Occasionally they should still be made but because they usually end in similar ways it should be rare. I would describe these kinds of movies as, "hey check out what happens to this character we made up!" (Spoilers ahead!!!) It also seems that females tend to die in these biopics: "Steel Magnolias," "The World According to Garp," "Forrest Gump," and others I'm sure. That's a selective list so there may be other movies one could point out where the male protagonist dies, speaking respectively of fictional biopics.
What of the problematic actors? They were great. This is definitely a recommend!

Cons
-unfortunately a predictable ending through no fault of its own. The story simply demanded it. One must ask why a story is being told and I appreciate the effort given to accomplish that end. Despite this being labeled a "con" it was still touching.
One person found this helpful

Karen TyrellReviewed in the United States on February 22, 2021
5.0 out of 5 stars
Still An Excellent Film!
Verified purchase
Even though I have seen this film many times since its initial release in 1983, it’s still a favourite of mine. Everything about this film is utterly believable from start to finish. Everyone is so genuine here, it’s easy to forget they’re acting.

I remember watching Shirley MacLaine in an interview and she said that she and the director James L. Brooks were the only ones who considered this to be more of a comedic than a dramatic film. There is a nicely balanced amount of both here. This film is still a tear-jerker that will make you laugh. Sometimes both at the same time or concurrently. It does with me anyway.

I relate to the at times prickly relationship between Aurora and Emma. I had a similar one with the aunt who raised me. But, at least Aurora has endearing qualities. Watching her helped me understand my aunt better.
One person found this helpful

Mitch PeraReviewed in the United States on November 18, 2020
5.0 out of 5 stars
Terms of Endearment - Awesome!
Verified purchase
Interestingly, I remember when I first saw Terms of Endearment in 1983, I didn't "get" it because there'd been so much advance ballyhoo about the film, I just couldn't respond to it. Years went by, and then, in the days of still "renting" films, I rented it. I was blown away and couldn't believe I'd missed how awesome this brilliant, extremely successful film had been. I encourage all younger generations to give it a whirl. It's a marvelous representation of the talents of artists you largely don't know, stars Shirley MacLaine, Debra Winger, and Jack Nicholson!

Steven BrownReviewed in the United States on December 19, 2019
2.0 out of 5 stars
merely OK
Verified purchase
My great-grandmother highly recommended this movie. I guess it won a lot of awards. Well you can't just assume it's a great movie because of that. Some years the competition just isn't very good, and I think that was clearly the case here. The Right Stuff looks like the only other movie that year I've even heard of. The Right Stuff is OK, don't get me wrong. But that's all this movie is too. OK.

LizzieReviewed in the United States on November 23, 2019
5.0 out of 5 stars
Great movie for any sentimentalist
Verified purchase
Judging by some of the low ratings, I can tell that you either love or hate this kind of sentimentalist movie. I LOVE them! You laugh, you cry, what more can you ask for in a good drama--Good acting you say?! Well, it's got that too! For those saying that the acting was poor, I must say I believe you are a poor judge of acting.

Great movie! One of my top ten-watch it!
One person found this helpful
See all reviews
Back to top
Get to Know Us
Make Money with Us
Amazon Payment Products
Let Us Help You
EnglishChoose a language for shopping. United StatesChoose a country/region for shopping.
© 1996-2022, Amazon.com, Inc. or its affiliates