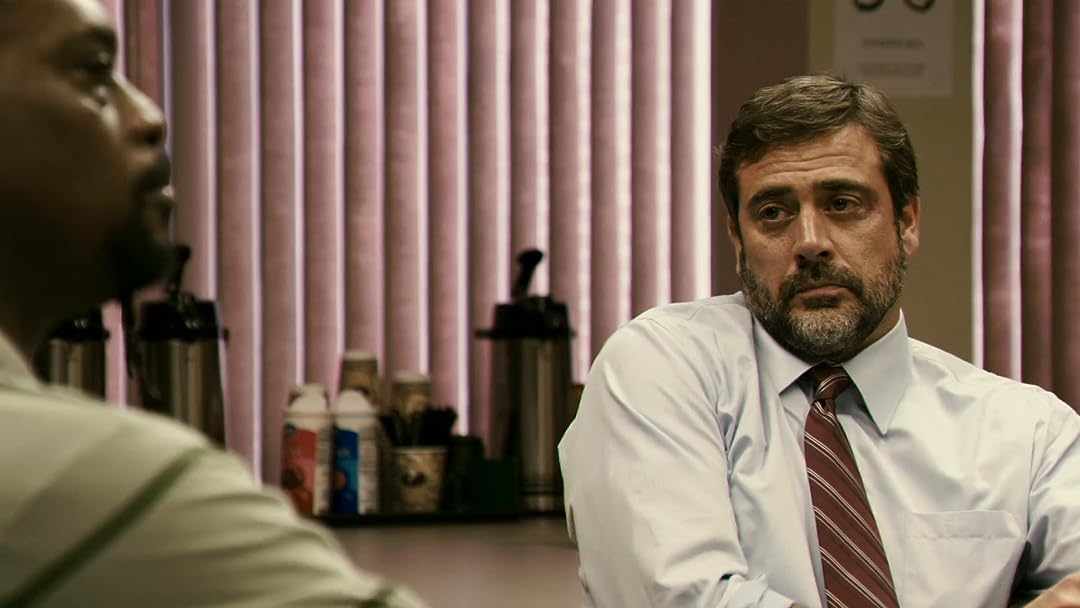 (1,573)
5.71 h 44 min2011X-RayR
In the Texas bayous, a local homicide detective (Worthington) teams up with a cop from New York City (Morgan) to investigate a series of unsolved murders. Based on true events.

JasonReviewed in the United States on January 30, 2020
2.0 out of 5 stars
Messy story that could have been GREAT
Verified purchase
I rented this because the director is the daughter of Michael Mann(who produced the film). I wanted to see if she had the same tenacity and attention to detail as her father. She doesn't, and its both good and bad; good, because she needs to find her own voice, bad because the narrative is all over the place.

There are terrific performances by some great actors, but it's hard to be emotionally invested in them. Sam Worthington's character is all over the place, while Jeffrey Dean Morgan and Jessica Chastain are wonderful. But the story threads don't get resolved, and go nowhere. Things just...happen, and Ami Mann's direction, while at times, great, seems like she's trying to hard to surpass her father. It's a good start, with some Season One True Detective style moments, but that's about it. The screenplay and script needed alot of time to develop before being put to film. It needed a singular plot focus, a three act treatment, which is tried and true. Disjointed, off putting, but deep down there is a very good idea for a murder mystery. With more time and focus, Mann's film could have been a sleeper hit.

Kristen LongReviewed in the United States on September 2, 2018
5.0 out of 5 stars
If you liked True Detective S1 then recommend this
Verified purchase
If you're a fan of well done drama/mysteries this is a must. It has the same vibe as True Detective S1 and Jeffrey Dean Morgan, Sam Worthington and Jessica Chastain do some of their best work in this film. This is one of the few films that I have purchased after renting and is much better to watch multiple times as you catch more that you missed the first time. Not a lot of bad language, minimal violence but does have adult themes. Can't recommend enough.
11 people found this helpful

Christopher SanchezReviewed in the United States on March 13, 2022
3.0 out of 5 stars
It's okay, sort of... maybe
Verified purchase
Could have been better given some of the people in it. Not sure what it is but it just seems like no attention to details. Like in the kitchen scene at the end where everyone kills each other... for one... everyone kills each other. No satisfaction in that. The Mom stabs one of the bad guys but as she pulls away, she is still holding the knife and he kills her but when he stumbles outside and falls on the porch, he has the knife sticking out of him. Cop gets right up to him, and he is still alive with a gun in his hand, but he doesn't kick it away or try to neutralize him before he takes his eyes off of him and peeks into the door at the dead people in the kitchen. No cop in their right mind would do that, ever... Camera pans to the woman's feet and there is a shell laying there. There was a big shoot out that just happened but the shell in unspent. It still has the lead in it. Guns don't eject live shells when you're firing one. Jus sayin...

ukemanReviewed in the United States on April 23, 2020
4.0 out of 5 stars
Good is not the enemy of greatness.
Verified purchase
Yes, it makes sense that this could have been better but for what it is, with a very good story line, mood and setting, and great actors, a few failings can be forgiven. When you compare to so many cookie cutter crime drama procedurals, this one is a step above.
4 people found this helpful

Amazon CustomerReviewed in the United States on August 24, 2021
1.0 out of 5 stars
Boring!
Verified purchase
I was excited because I like both Sam Worthington and Jeffrey Dean Morgan. The movie was slow and for the most part boring and predictable. The editing of the movie is so bad that one scene it shows Jeffrey Dean Morgan with a black eye and the fight scene where he was roughed up hadn’t even happened yet! It was literally 20 minutes later in the movie. The editing cut out scenes and info that were probably important and the acting was subpar. I usually love Jessica Chastain but she ruined the movie with her cliche roll as a cop. Her over the top tough girl act made you cringe everytime she was in frame
One person found this helpful

cyReviewed in the United States on February 16, 2012
5.0 out of 5 stars
WONDERFUL STORYLINE, WONDERFUL CAST
Verified purchase
When I bought Winter"s Bone I didn't have a clue how it would be and then found I bought a real gem. This one I feel the exact same way about. This movie should well have made theatrical viewing and right now it remains where I will view it for 4th time soon. Excellent cast, story. I am most pleased I purchased and I buy a lot that I watch one time and forget but not so with this. It well deserves far more recognition than it has received. A way of life most can't relate to but in parts of the Country exactly how it is and as Winter's Bone. It exists today. After writing I read a "top reviewer" slamming the movie. Oh was I irritated as cast, storyline was wonderful and no, you can't tell entire story in one movie since the killings have gone on so long BUT recently I was watching ID TV and the detectvies in it said the movie, yes, THIS movie, motivated them to go back and take another look at old cases, ending up 3 solved to grateful parents. THIS MOVIE did that, it is GREAT!
7 people found this helpful
See all reviews
Back to top
Get to Know Us
Make Money with Us
Amazon Payment Products
Let Us Help You
EnglishChoose a language for shopping. United StatesChoose a country/region for shopping.
© 1996-2022, Amazon.com, Inc. or its affiliates