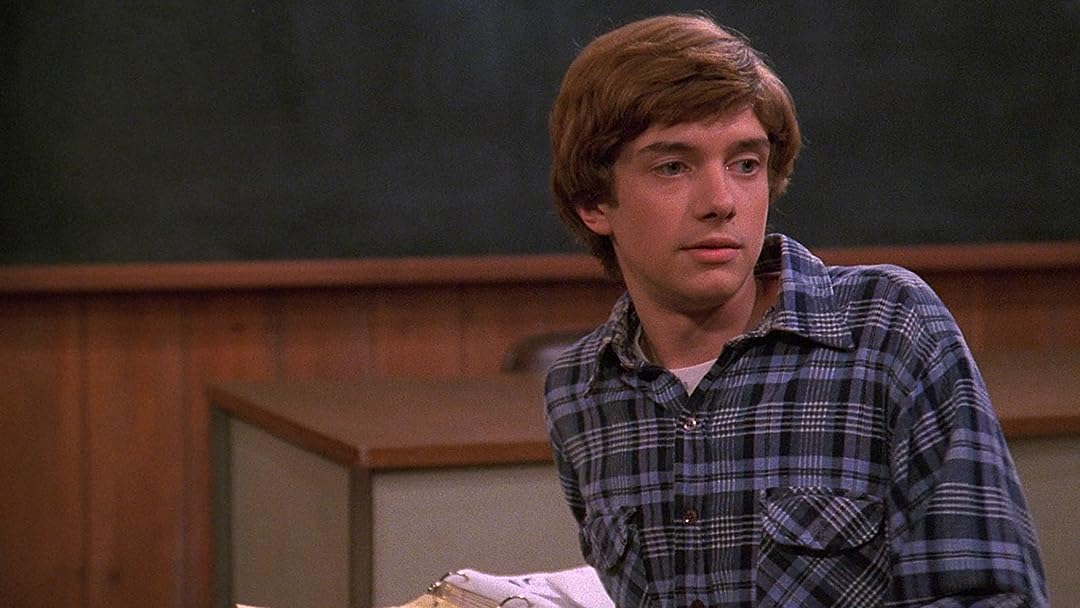 Sandra A. LeonardReviewed in the United States on June 30, 2019
3.0 out of 5 stars
This show was awesome as a kid... not so much as an adult
Verified purchase
I'm gonna be honest I didn't laugh much at this, and at this point im not sure I even liked this show as a kid because it made me laugh, even the stoner humor isn't very funny when your medicating, like it was in highschool. anyways I don't regret buying this but i'm also not going to watch it again.
2 people found this helpful

Oregon 🇺🇸 Grown Reviewed in the United States on December 27, 2020
5.0 out of 5 stars
Was shipped in no time
Verified purchase
Was a gift for Christmas, for a friend. It was shipped so fast, got here in plenty of time. My friend loved it.
2 people found this helpful

FelipeReviewed in the United States on October 7, 2020
4.0 out of 5 stars
Good...not great
Verified purchase
Good quality, episodes are in order, only thing is there are only like 6 episodes per dvd, which means frequently switching dvds, and they are cased in a wrapper, not very good quality, but overall decent, not quite 5 stars

Amazon CustomerReviewed in the United States on December 8, 2005
5.0 out of 5 stars
You can never go back...but you can remember
Verified purchase
That 70's Show came out screaming at a point in my life when I needed it most. Eric Foreman and Donna Pinciotti, were my boyfriend, Terry and myself hanging out in the basement of his mom & dad's house with a variety of friends with personalities much like Michael Kelso, Steven Hyde, Jackie Berkhart, and Eric's naughty sister Laurie...Fez, however, did not exist but the rest of the first season was dead bang and more like a memory than a sit-com. In 1976, as the stage is set in season 1, I was 14 years old and seeing all the life-learning wacky, goofy experiences the characters live out is extremely humerous and more like a trip down memory lane. Like Hyde, there was always somebody around with " a whole big bag of love ". Without much more than Packman, pinball or foosball for entertainment, we had to change the channel on the tv by hand, too. The soundtrack of songs are true to the era, as well. I remember the drive-in theater, and my daughter, who is 20, only knows what a drive-in is from watching tv. These are just a few examples but now that it's the end of 2005 and as the characters grow and change, NOW I find myself relating more to Red & Kitty ( Eric's parents ) and/or Bob & Midge ( Donna's parents )!!! All I know is it's awsome to go back in time and experience the nostalgia and adolescent situations that bring back a time for me when things were so much simpler, the grass was greener and the sky so much more blue. With no disrespect intended for the rest of the season, which is so unexpected and fresh, I never fail to laugh no matter how many times I watch Season 1, disc 1, episodes 1 & 2, which are in my oppinion the VERY BEST of That 70's Show and the heart of what it was really like to grow up in the '70's! :)
41 people found this helpful

E. DixonReviewed in the United States on September 19, 2012
4.0 out of 5 stars
Very nice upgrade from the DVD
Verified purchase
I really love this show, and when I heard it was being released on Blu I figured it would just be a hack and slash job. However, upon finding out that there were not cuts and that it was filmed with a widescreen ratio available, I was immediately intrigued. The video and audio is stupendous (although the laugh track can be a bit much at times) and is a lot of fun to watch. The clothes and sets really pop with this updated resolution and you can tell they took their time trying to make it as authentic as possible. If you are a fan, it's certainly worth the low price tag to order this set.
9 people found this helpful

AriesReviewed in the United States on May 14, 2012
4.0 out of 5 stars
Love this show
Verified purchase
I love this show I got it for my sister and the two of us became coach potatos and watched the entire first disc in one night. Will make you laugh. The only thing that kinda dissapointed me, which i knew before i bought it was the way the disc are packaged. i wouldnt have minded spending alittle extra money for them to add alittle more plastic for the disc to connect too. The outer caseing is fine like you would get with regular dvd you buy but the disc are in these little paper shleves.They could of done better!! But all in all i love the product and would recomend it if you like the show or just want a few laughs.!
One person found this helpful

SayresReviewed in the United States on March 22, 2012
5.0 out of 5 stars
Amazing!
Verified purchase
I watch That 70's Show almost constantly. I thought the HD versions were pretty good. But after watching it on blu ray I am blown away with how much time and effort was put into making a great show even better. You can read the games in the basement from a distance, you can read the warning labels off the water heater, I thought Hyde was wearing jeans in the pilot, it turns out they were stripped pants. Colors are brighter, the screen is clear and the detail is AMAZING! And that doesn't even cover the bonus disk with side by side comparison and other fun stuff. This is worth every penny, even if you aren't a hardcore fan, this is a must have for anyone. I cannot wait for season 2. I will be disapointed if they do not release a complete box set by Christmas.
20 people found this helpful

Z. WolfReviewed in the United States on April 23, 2012
5.0 out of 5 stars
Review of Bluray transfer
Verified purchase
I'm not going to review the actual show- there's about a million other websites that are better for that. I'm going to focus on the quality of the BR transfer.

Overall, picture quality is excellent. Visuals are crisp and sharp. There's a little bit of grain in certain parts- but nothing out of the ordinary for a TV show. I can make out a lot of the finer details that I could not see with TV broadcasts (stitching on clothes, intricate detail on props, etc...). Audio is phenomenal with a 5.1 DTS-HD MA track (quite rare for a TV show circa 1999).

Don't pay any attention to the reviews saying picture quality isn't up to par. I own well over 250 bluray movies/TV shows. Considering how cheap the season costs, I'd say this is without a doubt one of the best blurays I've scored.

You can tell Mill Creek Entertainment really put some good effort into this release. I can only say that for about 25% of my bluray collection.

Looking forward to the rest of the seasons :)


8 people found this helpful
See all reviews
Back to top
Get to Know Us
Make Money with Us
Amazon Payment Products
Let Us Help You
EnglishChoose a language for shopping. United StatesChoose a country/region for shopping.
© 1996-2022, Amazon.com, Inc. or its affiliates